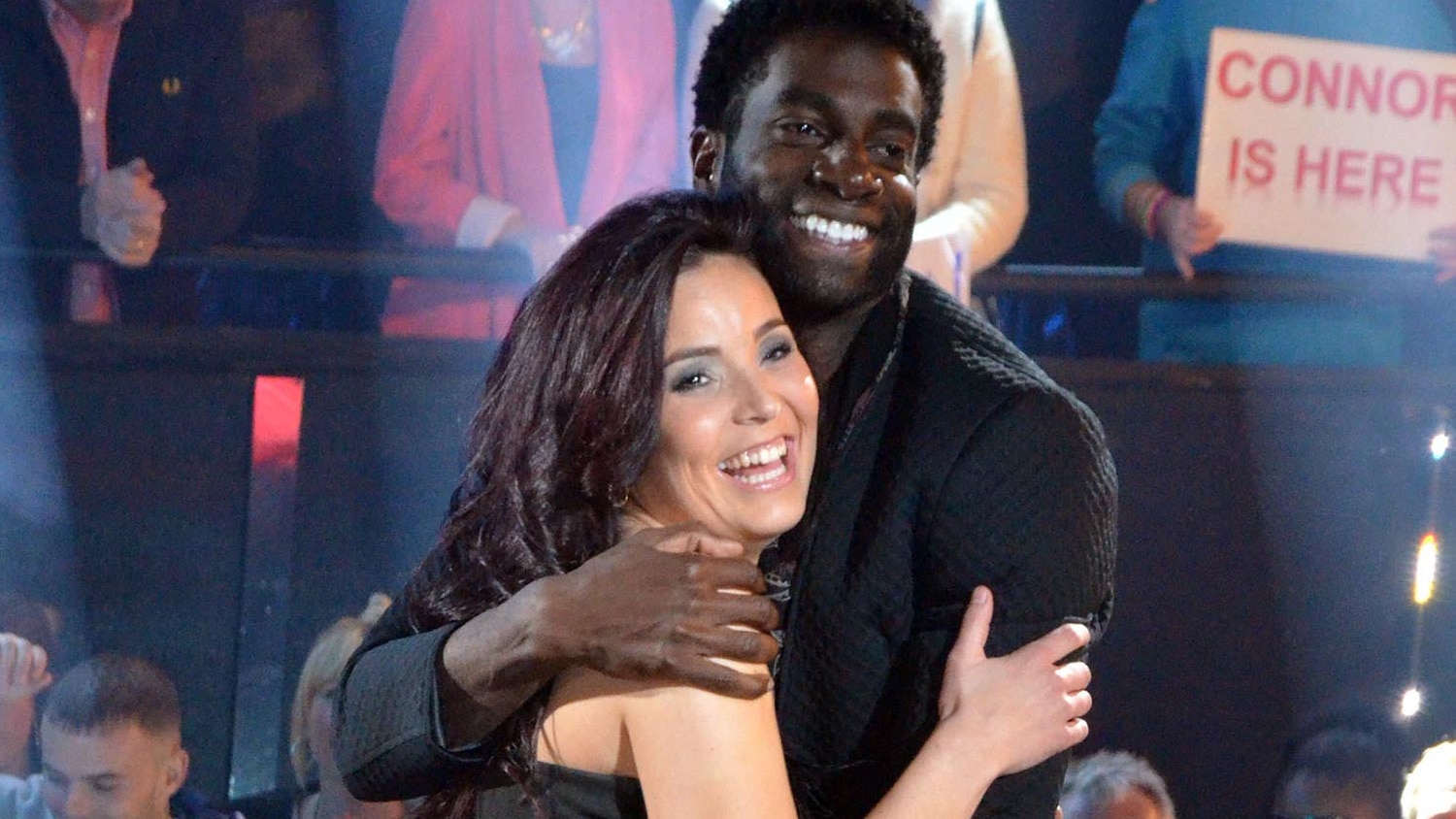 Tonight saw the biggest eviction shake up in Big Brothers history as FOUR housemates left and FOUR were put in. Big Brother host Emma handed over to Big Brother who announced live to the House that the first dramatic twist was that the evictions had been reversed and those who thought they were safe were in fact up for eviction. Big Brother went on to inform the Housemates that Jack used an immunity pass to save himself.

Emma then announced to the House that the first Housemates to be evicted were Amy and Sally, they reacted in the house saying “they were in shock”.

During their interview with Emma, Amy and Sally revealed If they knew they were up they would have prepared to have gone, as soon as they knew it was flip reverse they knew they were going. Emma commented “you went in hard from the get go, did you feel safety in numbers?” Amy replied “without each other we wouldn’t have stood back, we still would have fought, we can also be a bit of a target.” They commented on Jade “we didn’t click initially, we got on well with Nick and we felt she was manipulating him to say in longer, she didn’t even want to try and be friends with us” Emma asked them who they would like to win and they replied “Kieran without a shadow of a doubt”.

The next Time Bomb to explode on the house was that Housemates Harry and Marc were going to enter.

Big Brother then spoke to the House to announce they were detonating another TimeBomb and that the twins were not the only Housemates to go. Big Brother called Kieran, Sarah, Harriet, Chloe and Danny to the garden who were faced with a revolving Big Brothers TimeBomb machine which is where they would discover their fate. Harriet was instructed to go to the TimeBomb machine to sit down. The carousel then began to turn around and Harriet began spinning she was saying “I’m going, I feel sick”. The new housemate was revealed and it was announced that Harriet had been evicted. Big Brother revealed the TimeBomb machine was still ticking and asked Danny to go and sit down he said to Kieran “look after the house” the carousel span and Danny was revealed to still be safe in the house. Kieran was the next housemate invited on the TimeBomb machine. It was revealed that Kieran was evicted and Marc was in his place. Chloe commented “we are sad as our friend has been evicted but it is great to meet you”.

The Housemates welcomed Harry and Marc whilst looking shell shocked. Harriet and Kieran were then released from the house and went to speak to Emma.

During their interviews Emma spoke to Harriet “that is quite a way to go, how are you feeling?” Harriet replied “shit” whilst crying “this is the best thing in my life, this will bring my family closer” Emma asked, “what is affecting you the most?” “that some f***er has taken my place dressed in a Dorothy outfit” she continued “also the way I have left none of us saw it coming, and cos I am a loud mouth and also because of Aaron” Emma commented she didn’t think Harriet had been bi***h and asked her did she have pre-conceived ideas of who she would meet in the house “I knew I would meet an Aaron, Chloe reminds me of home, and I think Nick is a snake to be fair.”

Emma went on to speak to Kieran “how shocked were you?” “I was shocked but at the same time it was part and parcel, what is be was meant to be” “everyone is still finding their feet you need to wheel yourself in, you get in there and it is very different” Kieran said that he would like Nick, Jack or Eileen or win. Harriet said Danny, Jack or Chloe, all day long she has got to win, she deserves it.

As the House were adjusting to the latest shocks from Big Brother, Emma announced there was more to come with Sam being announced as TimeBomb Housemate number three to enter the house who entered via the Diary Room with her chat to Big Brother being broadcast to the plasma screens on the sofa. Sam is instructed to read who is evicted from an envelope, out of Chloe of Sarah. Sam reads the name aloud that Sarah has been evicted and is leaving, Chloe comments “what the hell is going on?!”

Sam then enters the big brother house. Sarah looks disbelieving and shakes her head at Danny he kisses her on the cheek. Big Brother asks Sarah to leave. Sarah leaves the house to a mixture of cheers and boos.

Emma speaks to Sarah following her shock eviction “whats it been like there tonight? “horrible atmosphere, Harriet is absolute star, Kieran dad of the house, Danny is devastated, he has lost his crew in one night.” “Emma asked “did you have any suspicions? ” Sarah replied “not this big, we didn’t know we would be swapping and swapping” Emma goes on to talk about Danny “what was going on?” Sarah replies ” absolutely nothing!” Emma questions “was it a situation where there was pressure from everyone around you?” Sarah replied “he was not my type, I have never had a guy who has spoken about me like Danny has, it is unbelievable, but I don’t think either of us see each other in that way, we like each other as friends.”

The final Time Bomb to face the house was announced by Big Brother to the housemates as Simon Gross is shown in the garden standing in front of a Time Bomb, he pulls it and it reveals that he is saved, to celebrate he screams “showbiz”.

Join Emma on Friday 5th June for the next live eviction and Big Brother continues tomorrow night at 21.00.