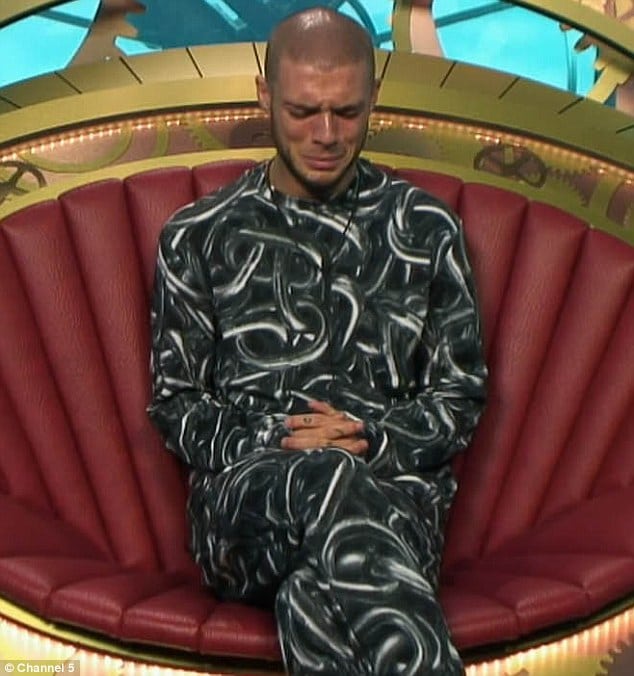 Housemate Aaron Frew has been removed from the house after repeatedly flashing fellow housemate, Joel.

Housemates had been rewarded with a takeaway for passing their latest shopping task.  A Channel 5 press released stated that Aaron appeared drunk and repeatedly flashed himself at fellow housemate Joel. Despite numerous requests to behave himself, Joel did not formally complain to Big Brother.

Thing then seemed to settle between the pair who shared a bath and discussed Joel’s social life.

However, later in the evening – Aaron was seen to try to mount Joel whilst he asked him to stop repeatedly.

Aaron was called to the diary room and apologies, explaining the episode as “banter” and affirming that he would apologise to Joel. He was then instructed to go to bed by Big Brother.

The Daily Mail reported that Joel later came to the diary room to discuss the events with Big Brother stating “I feel really uncomfortable. To be totally honest, I think I would have ended up punching [Aaron]… I feel like my personal space was invaded…”.

This morning, Aaron wept as he was ejected from the house for inappropriate behaviour.

Despite his removal, the four way eviction will go ahead – with 4 new housemates set to enter the house following the evictions.