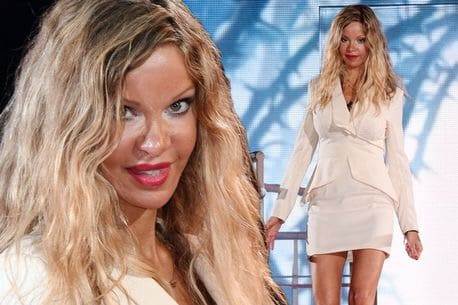 Alicia has become the 2nd housemate to be evicted from the Celebrity Big Brother house.

The model, became the 2nd evictee after receiving less votes to save than Perez, Nadia and Calum.

Emma revealed that only 1% separated the bottom 3 housemates!

Speaking to Emma, Alicia revealed that she was gutted to leave the house stating “I actually really, really enjoyed my time in there.”

Asked why she thought she had been evicted, Alicia responded: “I was up against some really big characters and big names.”

Alicia went on to reveal that she wants Cheggers or Nadia to win.