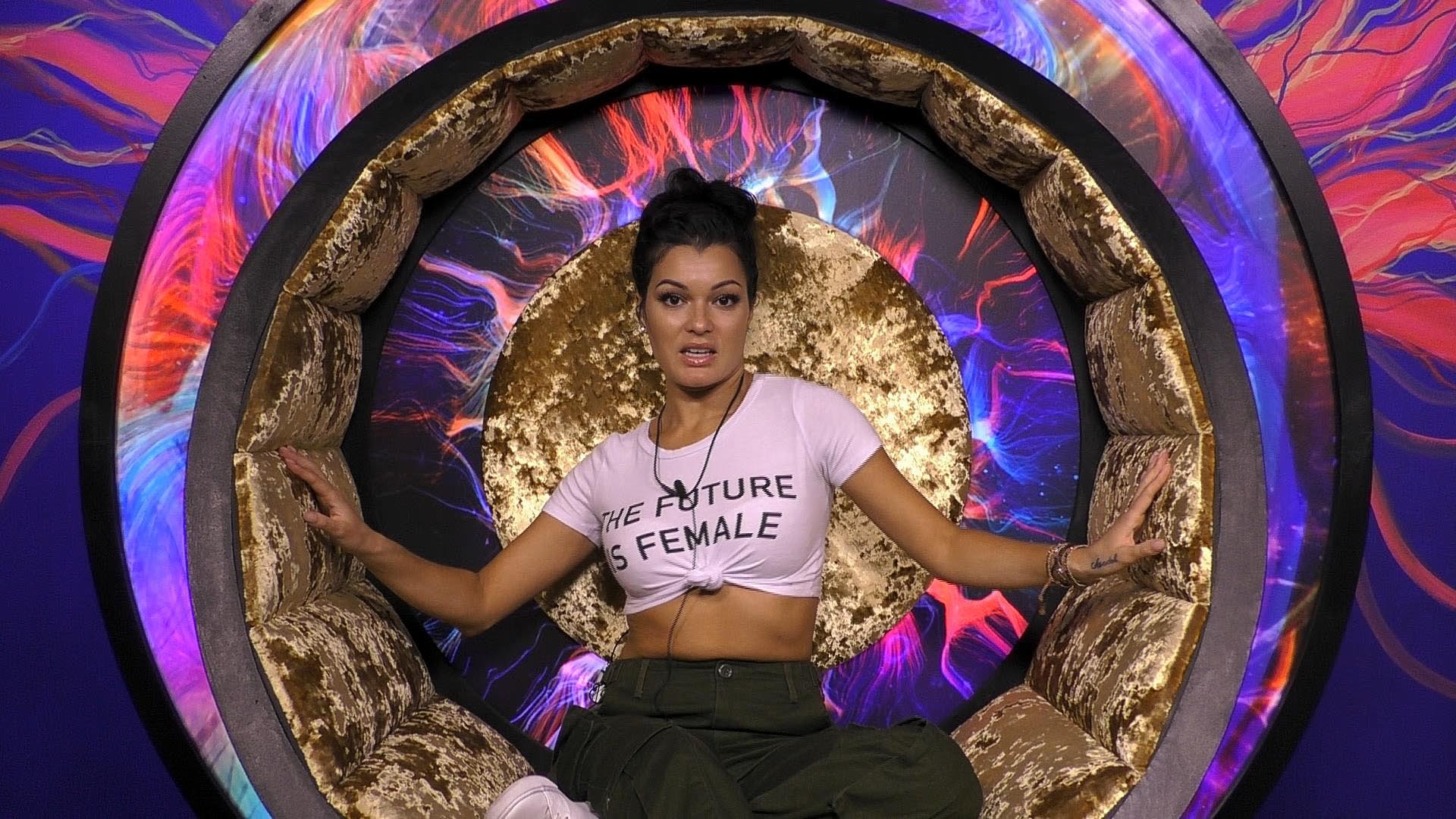 Anamélia Silva has become the first housemate to be evicted from the Big Brother 2018 house.

During tonight’s show, viewers have been voting to evict Kay, Sian or Anamelia after it was announced there would be no nominations in Week 1 but the three housemates with the fewest Big Coins would be up for eviction. Emma Willis revealed live to the house that Anamelia received the most votes and would be the first housemate to leave Big Brother 2018.

After saying goodbye to her fellow housemates, Anamelia was greeted to boos from the crowd.

Anamelia said she knew she was going tonight “I am the kind of person who can’t be quite about something or let it go until it is resolved.”

Saying how she felt about Lewis G bankrupting her Anamelia said “I was hurt it was not him specifically, it just reminds me how humans can relish in others misery.”

At the end of the interview Emma gave her the chance to give the 136 Big Coins she acclimated in the house to one housemate – she chose Tomasz.

Housemates will be nominating for the first time on Sunday, with the housemates with the most votes facing the next eviction. However,  viewers will also be able to nominate a housemate with a new ‘Viewer Nomination’ – you can vote now until Sunday morning for your favourite housemate.