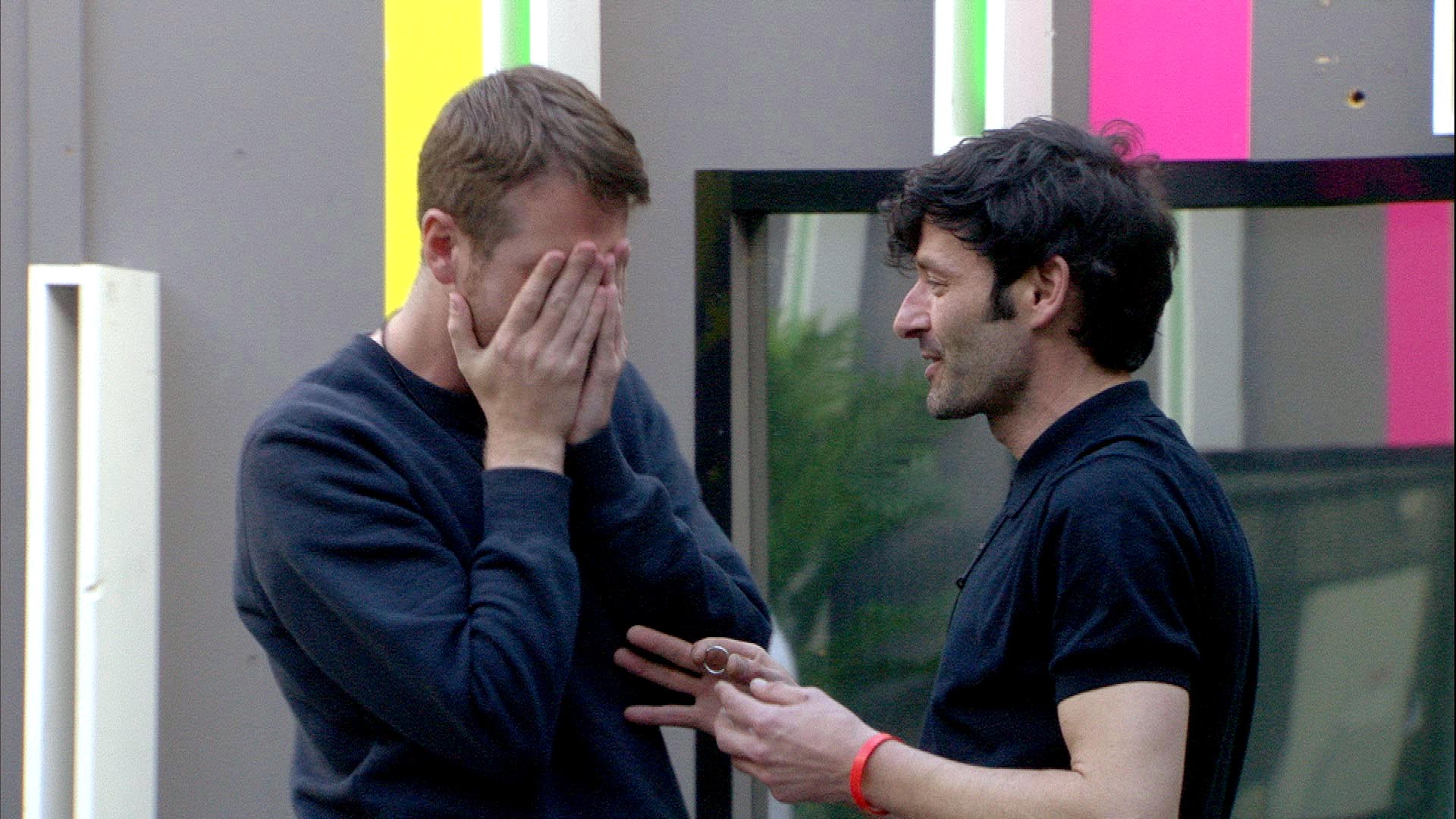 Andy’s boyfriend has proposed to him in the Big Brother house this evening.

Fortunately, Andy did say yes after his partner Ed got down on one knee in the other house after entering as part of this weeks shopping task.

If a housemate hits their buzzer to spin, they will spend points – however if they decide not to take the reward/temptation they’ll win themselves points.

“Housemates, just behind you are three handsome gentleman whom you may know and love.

“If you choose to press the button you will get to share a romantic meal, however that is not all. If you turn around you will also get to spend the night with these dream boats in the other house.”

All Andy, Emma & Laura pressed their buzzers, which led to tears of happiness from all housemates.