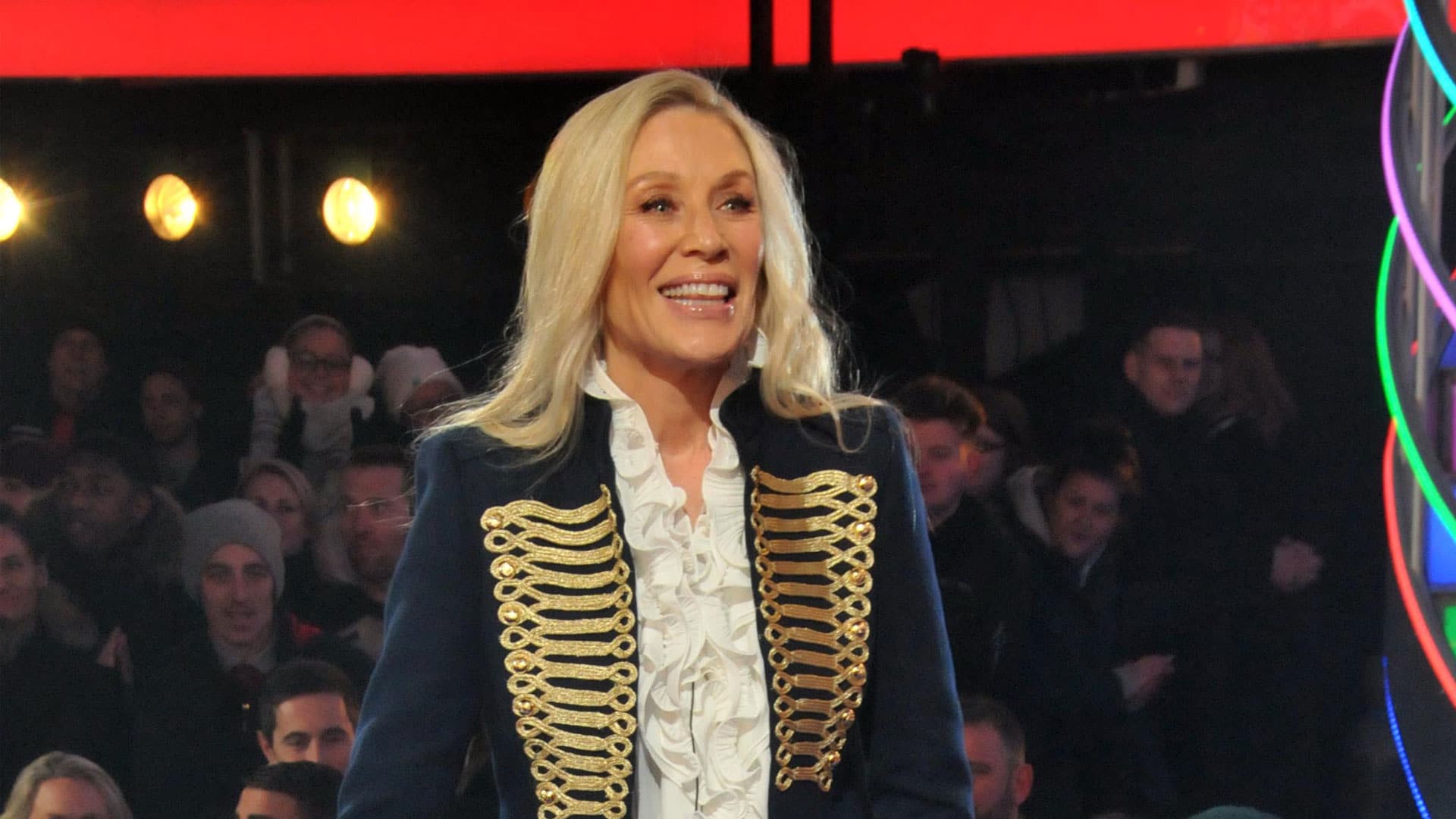 Angie Best has become the first Celebrity to be evicted from the Celebrity Big Brother 2017 house.

During tonight’s live show,  host Emma Willis announced live to the house that the celebrity with the fewest votes and therefore, the first to leave would be Angie.

Following the announcement, personal trainer to the stars Angie first said goodbye to son Calum, then shared hugs with her fellow Housemates before leaving to a positive reaction from the crowd.

Emma asked if Angie was happy to be out of the house: “Yes. I went in to spend time with my son, nine days in a bubble with all those emotions, it’s time for mum to go and let them get on with it.”

Angie agreed that it was her time to leave: “I exercised, meditated; I only had two little outbursts and had the chance to get it out of my system. I’ve had an amazing experience.”

On finding out that Coleen and Nicola nominated her citing Angie’s food and health regime, Angie commented: “I can understand that, it’s OK.”

On her relationship Calum, Emma asked if she felt Calum was ‘reining’ her in, Angie said: “He kept saying, “‘Go to bed, don’t have a drink.’” Angie agreed that being in the house was a bit of a ‘role reversal,’ “I would never want to embarrass him,” and said that Calum “may start playing the game a bit more.”

On Spencer: “He really is a sweet boy, there’s not a harmful bone in his body.”

Finally, obviously, apart from Calum, Angie said that she would like Speidi to win.

Emma then announced the next CBB bombshell – Big Brother’s Weekend from Hell has begun! The Housemates will soon enter Hell. They will be forced to turn on each other and evict one of their own – LIVE. Not only that but three new Housemates are about to turn up.