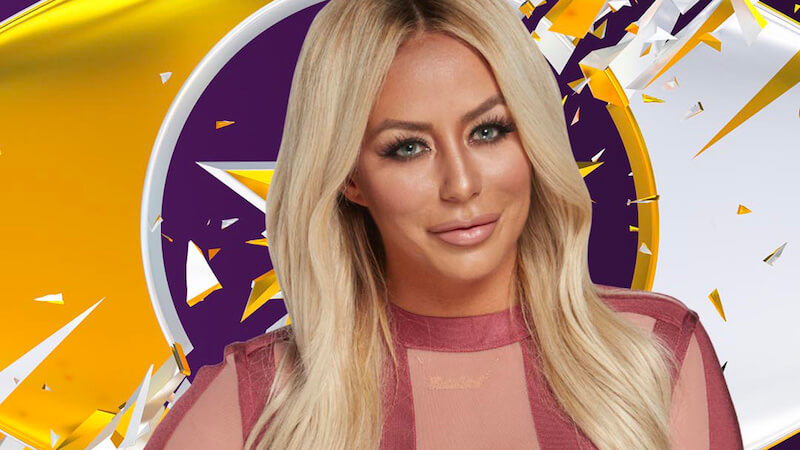 Aubrey O’Day will be given a formal warning from Big Brother during tonight’s episode of Celebrity Big Brother.

For this weeks shopping task the house has been divided into two groups: The Artificials and The Humans. Each Artificial is assigned a human to take care of and perform duties for.

In the smoking area, Bear asks Artificial Aubrey to make him a sandwich and a cup of tea. Aubrey delivers Bear’s sandwich and tea, he tucks in.

Big Brother calls Aubrey to the diary room. It is revealed that Aubrey spat in the sandwich and drink that she prepared for Bear, which he then consumed.

Big Brother thinks her actions were wholly unacceptable and does not tolerate unacceptable behaviour in the house. Aubrey confirms it was a joke and apologises. As a result Big Brother issues Aubrey with a formal and final warning, she understands.

Bear was informed privately about the incident and in a later Diary room with Big brother he states; “She spat in my tea, big deal! I’ll probably put her up for nomination every single week. I’ve had worse in my mouth!”

In the bedroom, Aubrey apologises to Bear for the earlier incident; “I’m sorry. It was not done in a malicious way.” Bear hugs Aubrey and remarks; “If you want to kiss me that bad you can!”

In the bedroom, Bear reveals to Renee about Aubrey’s prank and her apology. Renee tells him that she did know, and was going to tell him. Bear feels like Renee has ‘lied to him’