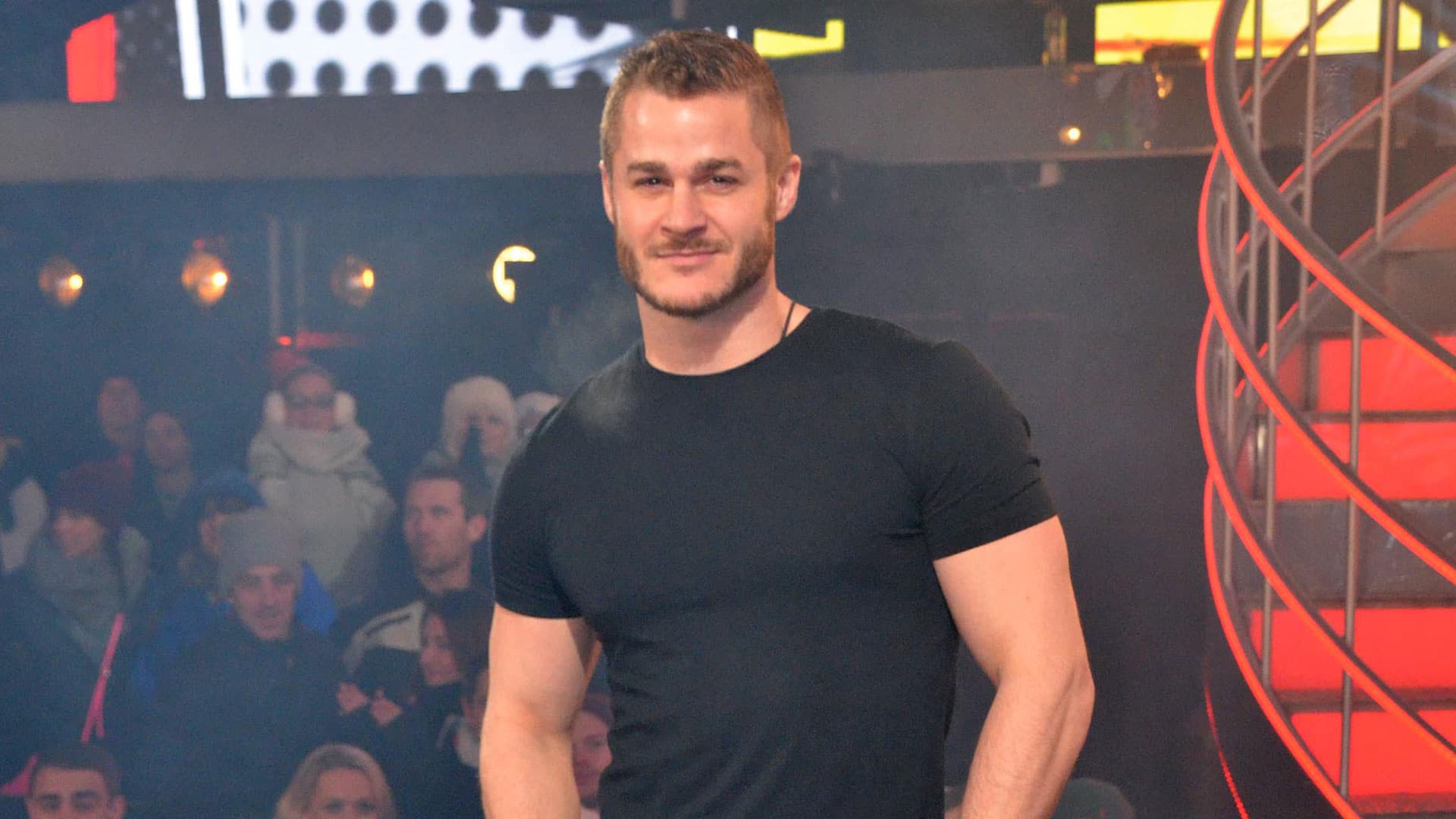 Austin Armacost has become the second housemate to be evicted from the Celebrity Big Brother house.

Housemates were gathered in ‘Hell’ soon joined by host Emma. Emma announced that three new Housemates would be joining the Housemates. A masked trio entered the House and soon revealed themselves as ‘The Queen of Clean’ Kim Woodburn, reality TV star Chloe Ferry and ex-Apprentice Jessica Cunningham– the new Housemates.

In a shock twist Emma told the existing Housemates that they now had to ‘Cull the Dull.’ The remaining Housemates were given 10 seconds to write down the name of the one Housemate that they believe is the dullest.

The Housemate that they chose as the dullest was Austin.  In a shock eviction, Austin immediately lost his place in the Celebrity Big Brother house and was therefore, the second Housemate to be evicted.

Housemates were given 10 seconds to their name of choice on the chalk board provided.

As Austin was chosen as the dullest Housemate, new arrival Jessica presented Austin with a skull wreath. Emma announced that the wreath carried hellish consequences, and it was time to ‘Cull the dull.’ Emma announced that Austin had lost his place and must therefore leave the Celebrity Big Brother house.

Austin said his goodbyes and left ‘Hell’ to a mixed reaction from the crowd.

On how it feels to be out, “Such is life, I said there would be another one (eviction), everyone knows that’s bulls**t, I’m not the dullest one in the house.”

On his arguments in the house: “There was underlying stuff that made things feel worse.”

Austin said that Spencer did things on purpose adding: “I like Heidi, I don’t particularly like Spencer, “She’s a lovely woman and he’s a complete d**kend.”

On his relationship outside of the house Austin said: “I’m with the most amazing man, to go from being with someone everyday…, it’s really difficult, if I was single I’d probably be in there with the lads, it wasn’t fun this time round for me.”

Emma asked if by being a runner up the first time in the house, it was more difficult trying to be a “perfect housemate.” Austin said: “I went in doing the perfect thing, and that would be being Austin.”

The ‘Weekend from Hell’ has only just begun and there will be another shock eviction on Sunday. Emma will be back for the live show on Tuesday at 9pm.