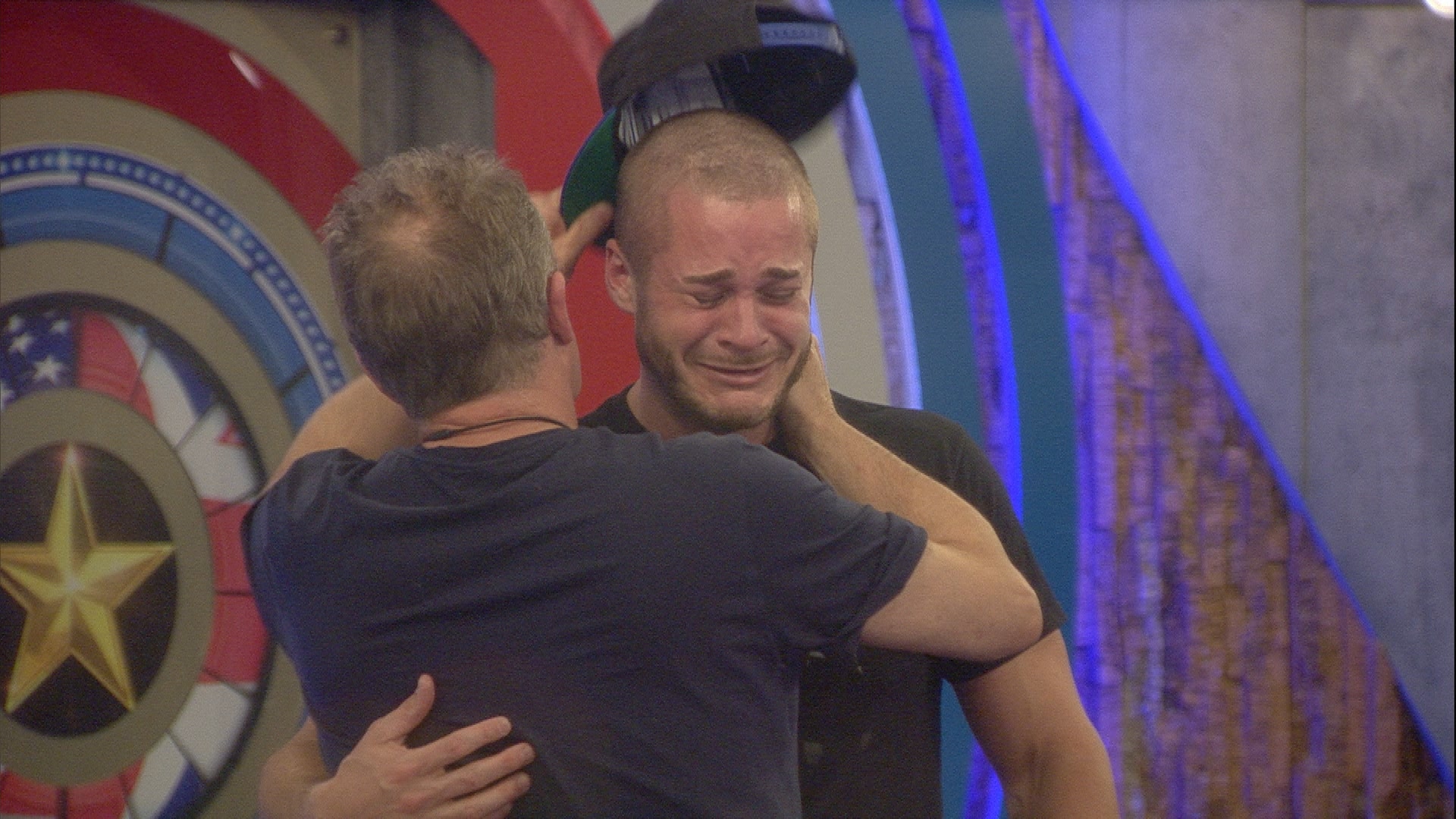 Tonight’s Celebrity Big Brother language warning will be a big one this evening, because Austin lets rip at Janice in a highly aggressive (and foul mouthed) rant.

It all starts when Austin learns he has been nominated by James Hill, and the pair bicker at length.

The American accuses James of “[drinking] the Kool-Aid” and being “brainwashed” by Janice.

When Janice comforts James in the bedroom, calling Austin “wrong” and “out of line”, Austin walks in and begins his tirade.

“You are a terrible example of a woman and a mother,” he shouts. “Your children would be so embarrassed. You’re the f**king worst excuse for a woman ever.”

Janice responds by sticking her middle fingers up, to which Austin says: “You’re such a good mother to throw your middle fingers up on national television. You f**king embarrassment of a mother. You should be ashamed… You stupid c**t.”

The other housemates in the kitchen are appalled by Austin’s behaviour, as he continues to rant at Janice.

“What an embarrassment to society – run around with your tits out and you’re spreading your legs,” he fumes. “You’re just such a nasty excuse for a woman… who has to pop from reality show to reality show like you do to f**king get a pay cheque.

“Get a job, learn a trade, get some education, you stupid f**king bitch.”

Austin is then confronted by the remaining housemates.

When Austin refuses to accept he could be in the wrong, Bobby Davro states: “Do someone a favour and evict this man straight away, because it is disrespectful.”

Austin then visits the Diary Room to talk to Big Brother “I have done nothing but be honest and truthful with everybody in this House and that is why from the start I wanted to share about my brother and my mom, because I’m f**king p*ssed off.  I had to bury my brother and then send my mom to prison. I saw my mom for a week before I came to London and I come back to Huddersfield and see this amazing family that my husband has and that p*sses me off because my family is self-destructive and crumbled from within and that sh*t p*sses me off and nobody can seem to realise that what I am going through. I am f**king angry and I’m sad and I am hurt by all of this, but for some reason everyone takes her side.” He begins to cry and tells Big Brother he doesn’t mean to upset anyone because he has respect for them.

Austin walks back into the living area, crying and apologises to the other Housemates by telling them that he is really hurt, “I feel like an a**hole.” Bobby goes over and hugs him, “it’s not because we don’t care about you or understand your pain…dry them tears and I’ll make you a cup of tea.” Natasha and James try to calm him down. Austin apologises, “that was bang out of order to say those things. I’m not going to make excuses, it was f**ked up and inappropriate by any means that is an understatement.  It’s absolutely the last things that should have come out my mouth.”