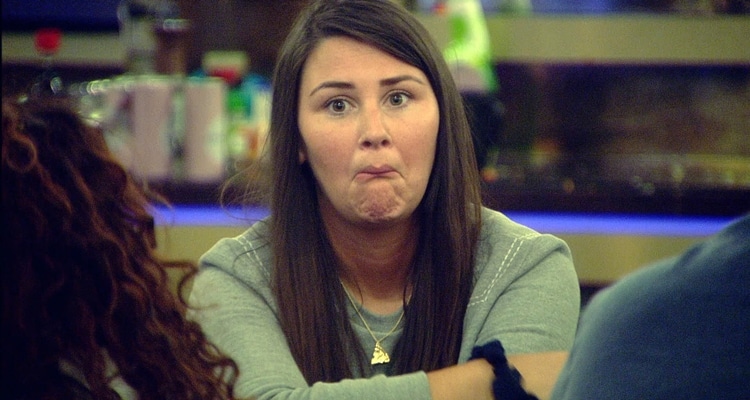 The latest round of nominations has seen Jack, Sam and Harry face the public vote along with Chloe who wasn’t originally chosen but by a quirk of the game now faces Friday night fear time along with the seasoned vets.

Jack may have been most viewers favourite for the chop but in my opinion got himself back into the game by selflessly not rushing to press the nom bomb button and nominating Chloe when he had the chance. Chloe conversely did herself some harm by making so much of an effort to protect the “winners” purse when we all know she’s eyeing up the money for herself. There’s nothing wrong with that at all but stop trying to convince everyone it’s because you don’t want the winner to suffer. The lady perhaps protests too much about wanting to win and some may see it as merely her frustration at seeing her potential prize money being whittled away by BB.

Surely this time around Harry is in very real danger of being evicted. Her on/off relationship with Nick is like watching a couple of five years olds playing kiss chase in the school playing fields. Does she not realise how childish and immature she is being with all this faux hurt she is being subjected to by the poor sap that is Nick. The unfortunate lad just doesn’t know where he stands with her and dare not risk having a go at her in the house for fear of looking bad to viewers. Her temper tantrums and whiney juvenile shouting attempt to mask a young lady with a host of issues surrounding her own self worth. Aisleyne hit the nail the head last week in the psychological task by suggesting that Harry hated people being kind to her and reacted to kindness by attacking people (usually Nick in the house) by shouting them down before they could help her. Perhaps she needs to learn to listen to people properly and evaluate what they have actually said before having a go at them for what she thinks they are about to say in future. I’m sure she’d lead a more hassle free existence if she did.

Chloe remains very popular both in and out of the house and I don’t think she’s going anywhere this Friday. Sam is as always very very quiet in the house and as a result is not making herself to be much of a target for viewers. She’s not setting herself up for viewers to vote her out and as a result could well make it through to the final by flying under the radar. For me it’s going to be a close run thing between Jack, Harry and Sam with possible Harry facing the big interview with Emma this week. But hey I would never in a million years have thought Marc would be evicted last week.

This BB is the closest one for years as no clear winner has emerged in the show. This is mainly due to the fact they have been cast into the background by bigger characters that have created the talking points of this year’s series. Sadly for them those characters haven’t actually been proper housemates but so called legends from previous years. I’m sure when the original housemates reflect on their time in the house in the coming months they will view it as one of frustration that they were not trusted to make a good enough series.

In my view these “Cash Bombs” have been a step too far. Solely used to create arguments and discord amongst the housemates one has to ask – “what is the point”? Have we not seen enough arguments this year? Is this what BB has morphed into now? A series which relies purely on arguments, nastiness and “vitriolic confrontations” from start to finish. Surely the makers can do better than this or are they just going through the motions until the Celebrity series starts?