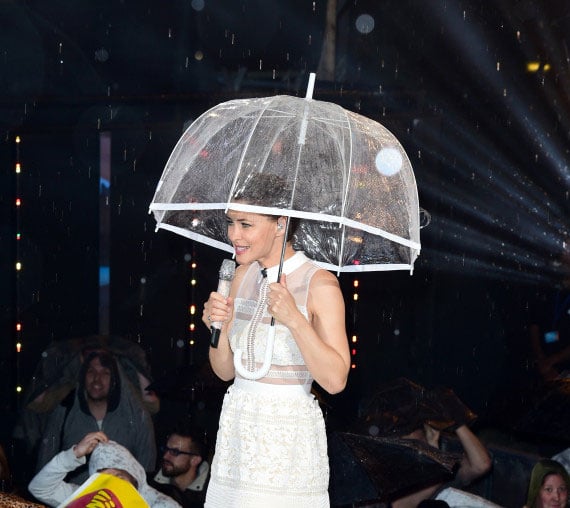 As we face the final few days and the run in to the climax of this year’s Big Brother it has become obvious that when you analyse those housemates still in with a chance of winning the prize money we know so little about them. This series has been so focused on producer generated arguments and nastiness that the only feeling that remains is one of disappointment. In years to come we will not remember any of these finalists only that they were visited by a plethora of former housemates who Big Brother deemed more exciting and worthy of our viewing. And that is such a shame since I believe that given the opportunity they would have entertained us well as have the vast majority of past housemates. It’s a sad but true reflection that four years into the reign of Channel 5 as provider of the show we can clearly define the differences between them and the Channel 4 days.

The whole concept of the show has changed beyond recognition and the silly thing is that Channel 5 don’t seem to understand that it is this original concept which was the driving force behind its success. Arguments don’t need to be stage managed – they will occur naturally when you throw a group of people into an enclosed space and leave them to ferment without interference. One has to ask the question – is there any point in keeping housemates inside the house under lock and key anymore? Given that they have been visited by it must be in excess of 40 people this series why keep them cooped up. Why not get them to provide an hour of entertainment and then let them hit the town for the night? The tasks and reactions are so stage managed nowadays do they need to be in the house all the time? Take the recent task with Jack making amends for taking the £23,900 from the winner’s pot for example. Can anyone honestly think that he hasn’t asked every new visitor if Plymouth Argyle were promoted or not? Ok most will not know the answer but he’s bound to have found at least one football fan that will know that Southend United made the cut not the Green Army. He was obviously coached to pretend interest.

It seems to me that every task has been designed to cause friction, argument and nastiness amongst the housemates. The show must be centred around a live feed from the house. Ideally this will be 24 hours a day 7 days a week via the internet but a good compromise would be at least 6 hours a day on television. In days gone by it was this live feed which generated interest among the viewing public and made us want to talk to work colleagues or friends about the comings and going’s in the house. It was central to the success of the show. Facebook and Twitter would be a good addition to this but not a replacement of it. Tasks in the house need to be fun and involve all the housemates. We don’t mind seeing old tasks rehashed if they were good ones so producers don’t need to think that they need to come up with new ideas all the time. I remember that one of the best tasks of years gone by was also incredibly simple and cheap. Put 12 large cardboard boxes in the house with photos of the 12 housemates on each one and get them to sit inside for as long as possible. The results were hilarious and it must have cost about twenty quid to produce. Get creative BB.

Another of the core values to bring back is the one of NO outside interference at all. No visitors from outside of the house. Big Brother is their one and only contact other than eviction nights. Paranoia would gradually seep into the house and this makes for great television on its own. There is no need to stir things up with “controversial” characters which these days just seems to be a by word for nasty self centred people. There was a time when you watched an episode of Big Brother and it finished with you smiling and thinking “wow I’d love to be in there, they’re having a brilliant summer!” Nowadays it is more of a tense endurance test for housemates. Where’s the fun gone BB?

The real shame with this current series is that as we approach the final few days there is no clear winner – no one has had the chance to really shine and make a mark on us. It is very difficult to predict the outcome but I’ll have a go. In sixth place will be Christian, he’s a lovely fella but has by and large flown under the radar this year. The only time he came out of his shell was when he was up for eviction and it was obvious this was not the real Christian but one that was trying so hard to be interesting that the only way he could manifest this excitement was to shout and argue with everyone. It worked, it kept him in but doesn’t make him a winner. In fifth place it has got to be Nick. Nick’s time in the house was dominated by his “relationship” with Harry. This showmance was so obviously false that it became embarrassing. In the outside world Harry would not have gone within 20 miles of Nick and once the “couples” interviews are out of the way in the coming months this will end. For Nick this will I’m sure be a blessed relief since any relationship with Harry surely must come with a public health warning and a safety helmet as standard. The fourth placed housemate will be Danny which in my mind is a shame. For a lot of this summer I have had Danny down as a potential winner but just when push came to shove and the prizes were there to be won and lost he has come across as a surly, moody and miserable member of the house.

The top three housemates will I believe be Chloe, Joel and Jack but as for the order of merit well that is a tough one to call and to be honest they could fall into any of these places. I suspect that Jack will be pushed back into third place – not because he should finish there but because I think the viewing public will view the fact that he already has almost 24 grand in his back pocket as a reason to not vote for him. Had he not taken the money then he would have stood a very good chance of taking the crown but as Eugene found in Big Brother 6 this tactic can backfire. I don’t blame him for taking the money we all would but it does not a winner make.

For me I think that Chloe will just shade Joel for the crown but it will be very close. Chloe has been consistently lovely all the way through whilst Joel has been the more interesting. When it comes to the viewers picking up their phones to vote I think that Chloe’s down to earth and pleasant demeanour will win her more votes. But hey what do I know? Helen won last year.

To summarise this year is difficult since it has been such an endurance test to watch. Has there been an episode where Marcus Bentley has not prefixed it by warning us of arguments and nastiness throughout? For me there has been too much shouting and argument, it must be time to go back to basics and make a show that showcases the real point of Big Brother. Viewers once more need to be that fly on the wall via live feed and watch as housemates interact with each other and not respond to outside interferences. It’s a pain to keep on banging the same drum but at some point the producers will realise that if they want a really successful BB then they will need to re-instate the live feed. It will be a bold decision but one which is surely worth a go before the show dies forever? If these changes are not made then we might as well just call it The Only Way Is Borehamwood and be done with it.