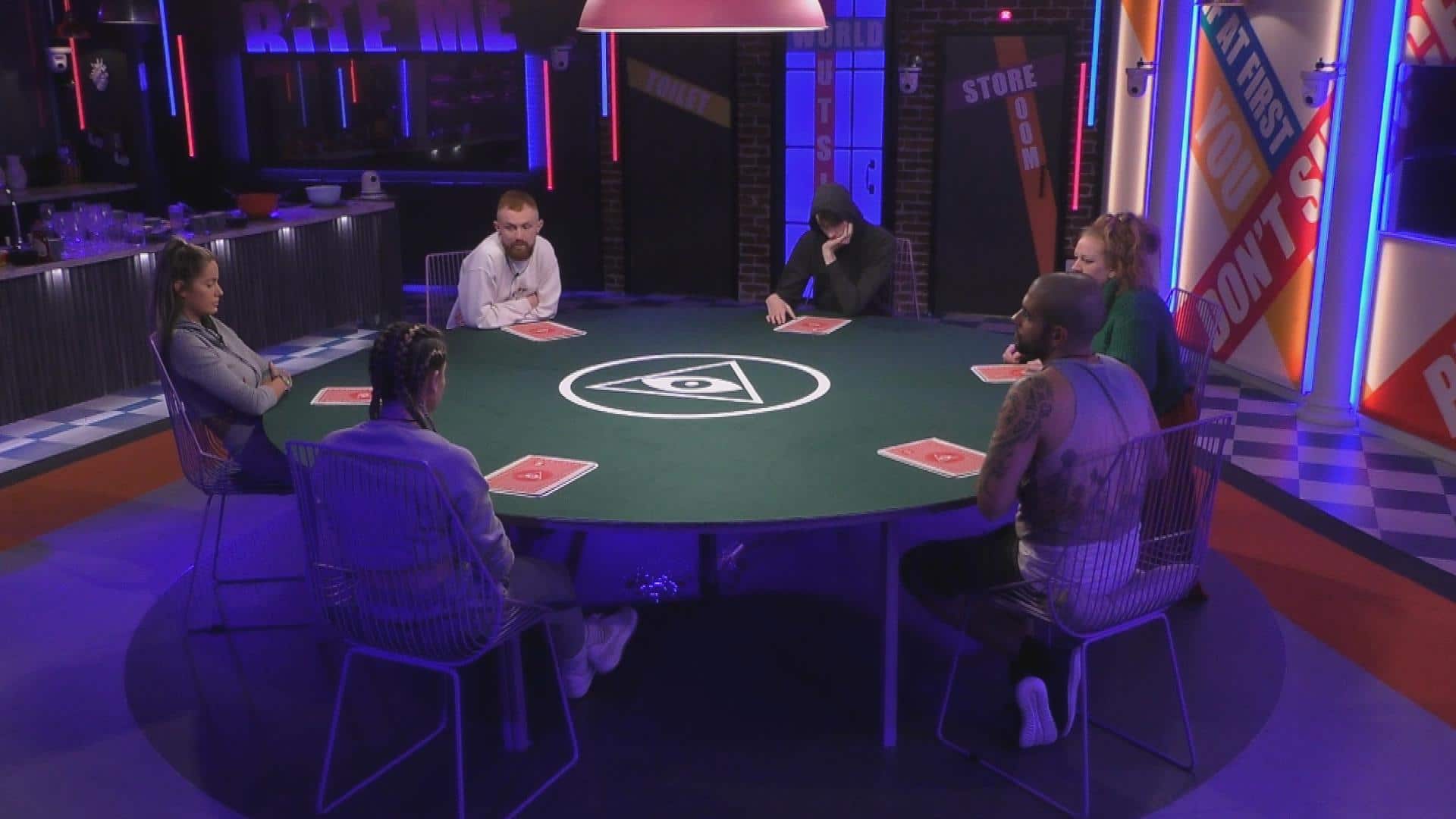 The final week ever (*tears*) inside the Big Brother house saw the housemates genuinely have fun, get scared, and, oh yeah, a double eviction to cap it off.

In case you missed it, here is one final recap of the week that was along with my personal goodbye to the show and my winner prediction. Let’s get it going, shall we?

Lewis reveals why he was kicked out from the house!

Lewis Flanagan has revealed why he was removed from the Big Brother house in an exclusive interview with The Sun.

I was talking to Cameron about getting him some outfits and I said the word ‘Auschwitz’ instead of outfits by mistake,” he said. “It was a slip of the tongue and then I tried to mock Hitler and did an impression of him saying: ‘Kill the Jews’

Lewis went on to say that he was not “ashamed” of his behaviour as “it was an impression of Hitler”.

Despite six housemates remaining in the house, we still had to chuck two more out before we had our finalists confirmed. Friday night saw a double eviction, the last ever.

Brooke Berry had the fewest votes to win and was the first to be sent packing. Her shocked face said it all. She left the house to a nice reception from the crowd and sat down with host Emma Willis for her interview.

“I love them all and I want them to be there, everything I went in there to do I did,” she said about her time in the house. “I did not come here solely to be in the final or win. I came here to make connections.”

And then there was four…

Sian Hamshaw became the ninth and final ever housemate to be evicted from the Big Brother house, just moments after Brooke was sent home.

Emma told the housemates to stand, telling them in no particular order they had made the final. Sian left the house to cheers from the crowd and told Emma she knew she’d be sitting down for the interview today.

“All day I have been saying I would rather go today because I don’t feel nervous,” she said. “I feel right calm now so I will be alright. It means I don’t have to sit in that room for hours on Monday where you can’t smoke.”

And then there were four. Monday night will see either Akeem, Cameron, Cian, or Zoe be crowd the 19th and possibly final ever winner of Big Brother. All that’s left to now is predict. Well, not quite. Before that, I have something I want to say.

Okay, I’ve got my tissue. It’s time for me to pen my farewell to Big Brother UK:

How do you say goodbye to a show that’s meant so much to you? I may have not watched BBUK for 18 years but I have watched it for seven. In a short amount of time, I fell in love with it. How could you not?

2011 was the first time I was exposed to BBUK. Yes, that very first civilian series on Channel 5. I still remember hearing US star Pamela Anderson was a ‘special guest’ and wanted to watch and see what it was all about.

I binge watched all the episodes I had missed – and this is before binge watching was a thing! I was surprised to see how different it was from the American version. There was swearing, nudity, and the show was on daily.

I had grown tired of the obviously rigged format in the US and wanted to watch something new. From there, I still remember the 2012 series with Caroline and she being evicted holding her hairbrush.

Secrets & Lies was my favorite ever C5 series with so many memorable housemates like Gina Rio, Dexter Koh, and Jackie Travers. Who can forget her iconic dance moves?

The celebrity series was special too. Gary Busey is the only ever American to win to Lionel Blair in PVC. And who could forget those Jim Davidson and Linda Nolan’s feuds? What DID happen in Frank Carson’s dressing room anyway?

We’ve seen Emma Willis pregnant two different times, Brian Dowling make his debut as a presenter only to be axed two years later? (Who didn’t love “Runway!”) Emma took her rightful place on the BB throne and Rylan Clark-Neal found a new friend in Emma, a new job and a husband all because of Big Brother.

I loved the show so much that I wanted to write about it, so I sent in some writing samples and eventually became a writer to cover Big Brother 2014 for Totally Big Brother, which is now Reality Box. After the switch, I began covering more shows like The X Factor and Apprentice UK.

Want to know the biggest thing I’ve gained from watching Big Brother? Connections. I’ve built friendships with people both across the pond and here in the states over Big Brother UK. While we may disagree and get heated over our favourites, we all still are cool at the end of it all.

Big Brother’s fan base and community are so vocal and supportive of the show, it is for this reason I know the show will return in the future (C’mon Netflix!). This isn’t a goodbye, it’s a see you soon.

I want to end this by saying thank you to a few people.

To Chris and Jonny: Thanks for bringing me on board and making me feel like part of the family. Covering a full season of Big Brother US and Big Brother Canada has meant the world to me. But giving me these weekly recaps for BBUK has meant so much. To come full circle and cover the show in its final days after watching the very first series on C5, it seems fitting. Thanks for being great friends and bosses.

And finally, thank YOU! Thanks to anyone who has ever read, shared or clicked on my articles. Thank you to everyone who has tweeted me during the Big Brother seasons over the years. The interactions and debates make this show worth it. Thanks to the friends I’ve made on here for the last seven years. Corey, Lewis, Jonnie, Chris, Mollie, Lucy, and SuperTV 24/7 to name a few. The BBUK community will always have a special place in my heart and you lot better stay in touch!

This isn’t the end, Big Brother WILL get back to us.

But until he does, Thank you Big Brother. We love you.

Okay, so who wins? Well, that’s up to the public. But time to give my prediction on how things will shake out. So here we go:

As much as I would love to see Akeem win, I feel this is Cameron’s to lose at this point. But how amazing would it be to have the winner in a nailbiting finish?

I’ll still be covering Big Brother US and Canada as well as other TV shows. You can follow me on Twitter @StephenTV_ – thanks for the memories, everyone!