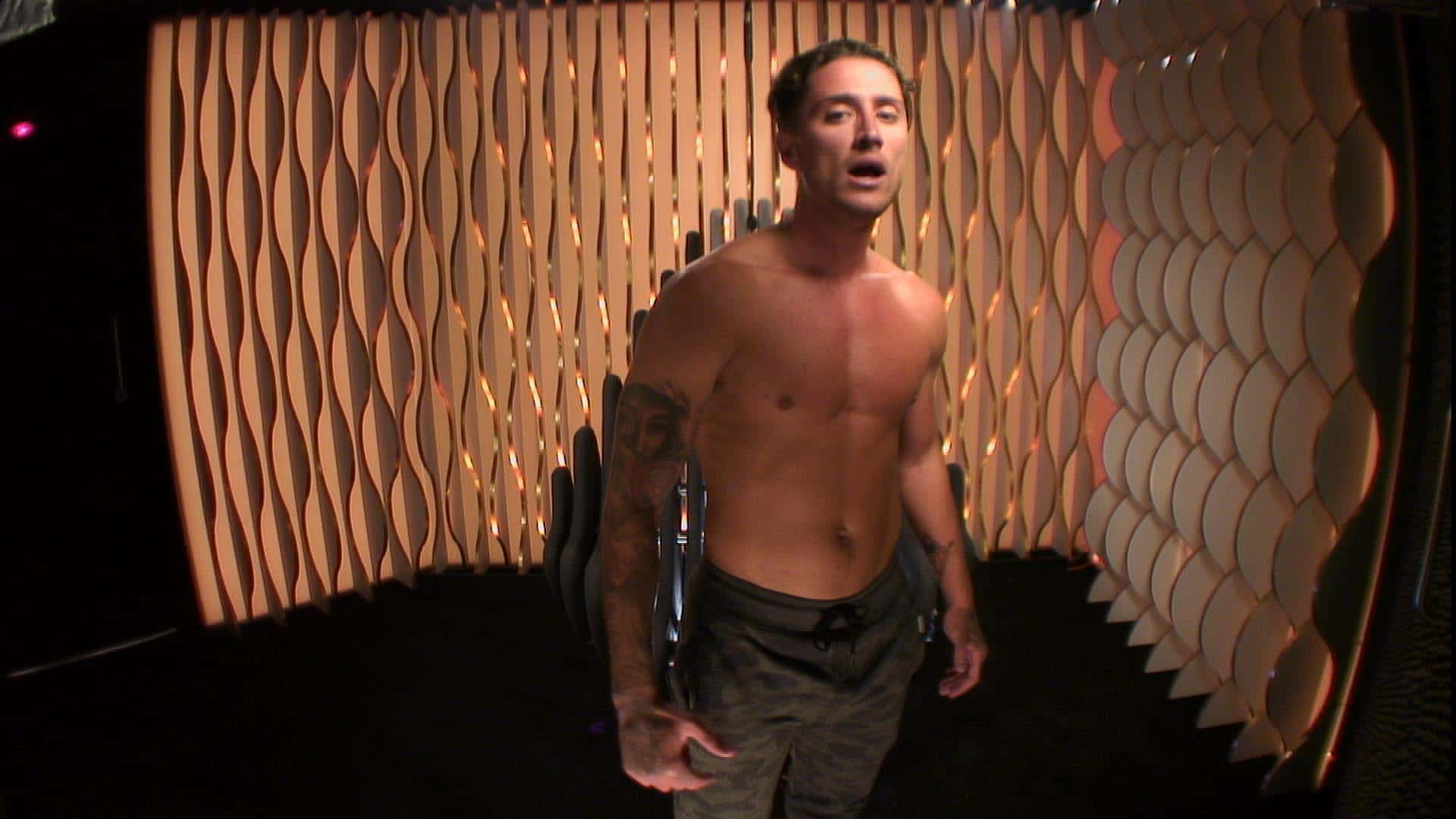 In the smoking area, Bear dares Chloe to ‘snog him’, Heavy D witnesses this from the bathroom.

In the diary room, Chloe thinks Renee ‘will hate her’ as she’s kissed Bear; “What have I done? I’ve just kissed Bear! Renee put her stamp on Bear…he has sex appeal but isn’t my type.”

Later, In the smoking area, Lewis dares Chloe to kiss Bear. She accepts the dare, and housemates watch on.

In the diary room, Heavy D is disappointed that Bear and Chloe have kissed, and reveals that he doesn’t trust Bear.

In the kitchen, Renee asks Chloe how she thinks her boyfriend will feel about her kissing Bear, Chloe confirms ‘it was just a dare’ and ‘was in the moment’.

Most of the housemates are in bed, Chloe and Bear are kissing in the bathroom.

Bear and Chloe head to the bedroom, Heavy D is in bed and tells him; “I’m trying to get some sleep mate, what’s wrong with ya? It’s 2am in the morning!”

Heavy D and Bear start to argue, Big Brother calls Heavy D to the diary room to take time to calm down.

Heavy D believes Bear isn’t showing the house any respect as housemates are trying to sleep.

In the bedroom, Renee explains to Bear that she feels he has ‘belittled’ Heavy D.

Bear heads to the smoking area alone. He picks up a mug and throws it at a wall which damages a mirror.

Big Brother intervenes, and calls Bear to the diary room. Big Brother confirms to Bear that his behaviour is unacceptable and is not tolerated in the house

Bear states; “This is a joke!”

Big Brother confirms to Bear that his behaviour was unacceptable, and issues him with a formal warning. Bear confirms that he understands, and spends the night in the spare room.