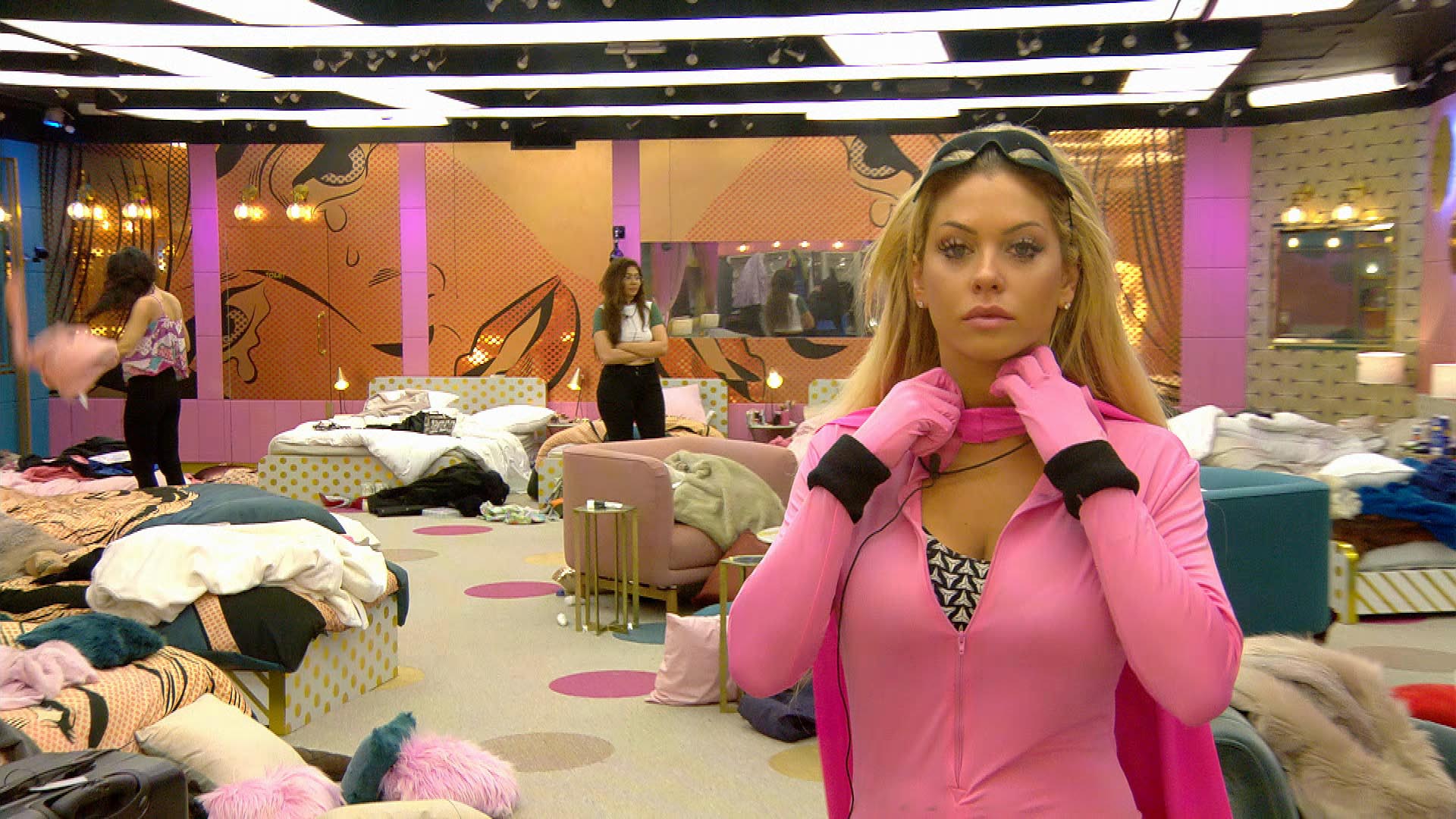 Bianca Gascoigne will face eviction this Friday following face-to-face nominations which took place in the Celebrity Big Brother house last night.
In a nominations twist, Big Brother asked the housemates to arrange themselves in a random order of their choice,  there was then a board featuring giant playing cards.
In turn, each Housemate turned one card over. If it the card said ‘Nominate’, they nominated one Housemate. If it said ‘Save’, they chose one Housemate to make safe from Nomination. If it said ‘Joker’, they did not get to do anything.
JEDWARD turned their card to reveal ‘Nominate’. Jedward chose to nominate BIANCA with their reason being ‘For not telling Jamie your dating status outside of the Big Brother house.’.
We can also reveal that Coleen Nolan is SAFE from this Friday’s eviction.
Further nominations news will be revealed on Twitter today.
In this article: