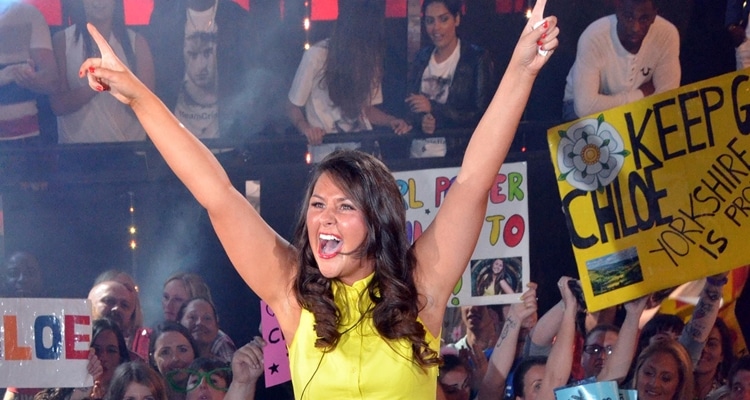 As we reflect on another summer of Big Brother I find myself very grateful to Channel 5 for keeping the series going but also deeply concerned at the total lack of direction that the series now shows. In my opinion the makers of show seem to have lost a good deal of enthusiasm particularly for the civilian series and now appear to only have focus on the Celebrity version. That Chloe was a worthy winner cannot be in doubt. As the series ground to a finale Joel and Chloe were the main contenders for the title and this year the viewing public got the result spot on. It is also a mark of the calibre of Chloe that she has reportedly given away a sizeable chunk of her winnings to charity. Well done Chloe. But I can’t help thinking that this series will be one of those that will quickly be forgotten and consigned to the history books of BB as one that wasn’t really noteworthy. And that’s a shame since I believe that the housemates had far more to give but were not allowed to shine due to the tinkering of the format of the show by the series makers.

What will this summer’s Big Brother be remembered for? The Time Bomb theme was not in itself a bad idea but was handled poorly a lot of the time. The eviction of four housemates on one night was nothing more than a desperate ploy by Channel 5 to shake up what they perceived to be a house which had stagnated and needed shaking up. It did not. To evict housemates when they had not been nominated was unfair and yet again messed about with the whole concept of BB far too much. As a huge fan of the show from day dot I believe that the show needs to get back to basics and quickly. Many many millions tuned in then and they can do again if the things that made the show such a success are replicated. This begins with a live feed and then extends to making the tasks and in particular the shopping task more of an event which is not over in an afternoon. This summer it will be remembered for the use of old “legend” housemates. Again not a bad idea but the decision to extend the stays of Helen, Brian and Nicki and ignore the regular housemates during this time was a mistake. The nastiness and chaos this brought became the show instead of being a part of the show. This series will be “the one where Helen came back again and Brian walked out”.

It was sad really because there were some great reminders of the wonderful housemates we have had in the house in the past. The party afternoon where 30 or more legends entered the house was lots of fun. Time warp was a brilliant idea but as usual these days the makers took it way too far.

There has been far too much interference this summer – please don’t mess with one of the basic rules – no contact with the outside world. Some might say that Big Brother needs to keep on developing and changing in order to succeed in the modern world of television but I disagree. The whole premise of BB is that it is a fly on the wall look at how people interact with each other when put into difficult and trying positions. How do they get on with each other? Why do they argue? It’s fun watching as the housemates paranoia kicks in and we are being denied that by an over enthusiasm to create conflict and thus bad feeling and serious arguments. Couple this interference with characters who take a delight in being nasty to others and you end up with a show that feels the need to warn viewers every night that there will be vitriolic nastiness and aggression each episode. There’s only so much of this that the viewing public will tolerate and in my opinion the way to win back viewers is to show them entertainment but the current makers of the show seem content that the only entertainment worth broadcasting is shouting and arguments. Yes, we all like to see a good argument (I remember vividly getting my wife to come back down from her bed and watch the live feed when “Fight Night” kicked off) but don’t centralise the show around this – make it one facet of the show – not the show itself.

Moving on to the upcoming Celebrity Big Brother, there are rumours that there will be more live feed for us to watch and this could be the start of the resurrection of the show. I sincerely hope so; I loved Big Brother in the past and hate to see it in such turmoil. Let’s hope the makers have the confidence and bravery to strip it back down and let the housemates provide the entertainment and stop meddling with the format so much.

I hope you enjoyed your BB summer