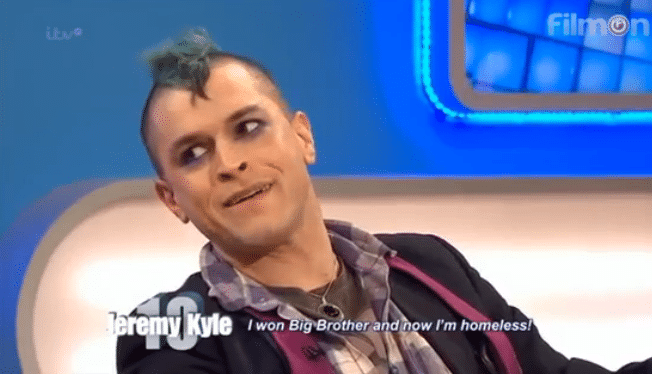 Bennett, who won series 7 of the reality TV show back in 2006 – spoke openly about his past drug addiction, “sofa-surfing”, his Tourette’s and how he struggled to cope with the fame and amount of money he won and later earned from the series.

Speaking to Kyle, Brighton-based Bennett explained: “The work dried up pretty fast. No-one would touch me with a barge pole because I was to do with Big Brother. I lost it all.

“It all kind of went wrong, it didn’t go to plan,” he continued. “I had all that money and I didn’t know what to do with it. I put it on the wrong things.

“I was homeless after having so much money, it’s easy come, easy go. The fame pushed me in a way I didn’t want to go, I didn’t like it.”

Bennett admitted that he became addicted to ketamine as he attempted to deal with the loss of his friends – counting seven who passed away between his 2006 win up until now.

“I got into drugs 15 years ago, I’ve always been a party animal, I was addicted to ketamine,” he disclosed. “I went to get proper help for my addiction.

“He [the therapist] asked me about loss and I told him about all my friends that had died. I obviously hadn’t been dealing with it, I’d been taking K and being disassociated with it.”

“I’ve got into acting… I’m working my way up the ladder, because I wanted to do it,” he said.

“My Tourette’s has calmed down, and I thought, ‘Yeah, I want to get into acting’. So it’s the beginning, man!”