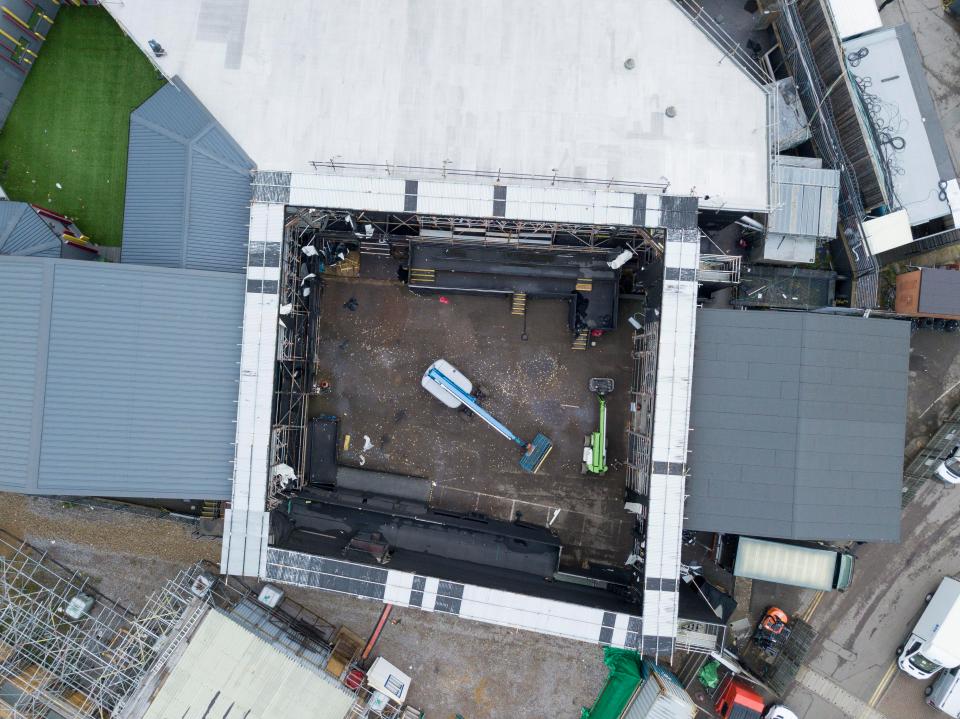 Work has begun to remove the Big Brother house, based at Elstree Studios for the last 16 years. Despite having recently secured approval to maintain the set in its’ current location for a further 3 years, Endemol has begun the process of removing it from the Elstree site, following the show’s cancellation.

Pictures, courtesy of The Sun newspaper, show the outside of the house – once home to live evictions, now unrecognisable – with all staging having been removed.

For now, the house interior remains intact. The pool in the garden remains full whilst remnants of the summer’s final series, won by 19-year-old Cameron Cole, remain – though not for much longer. Over the coming weeks, the whole set will be removed, and the land returned to the control of Elstree studios.