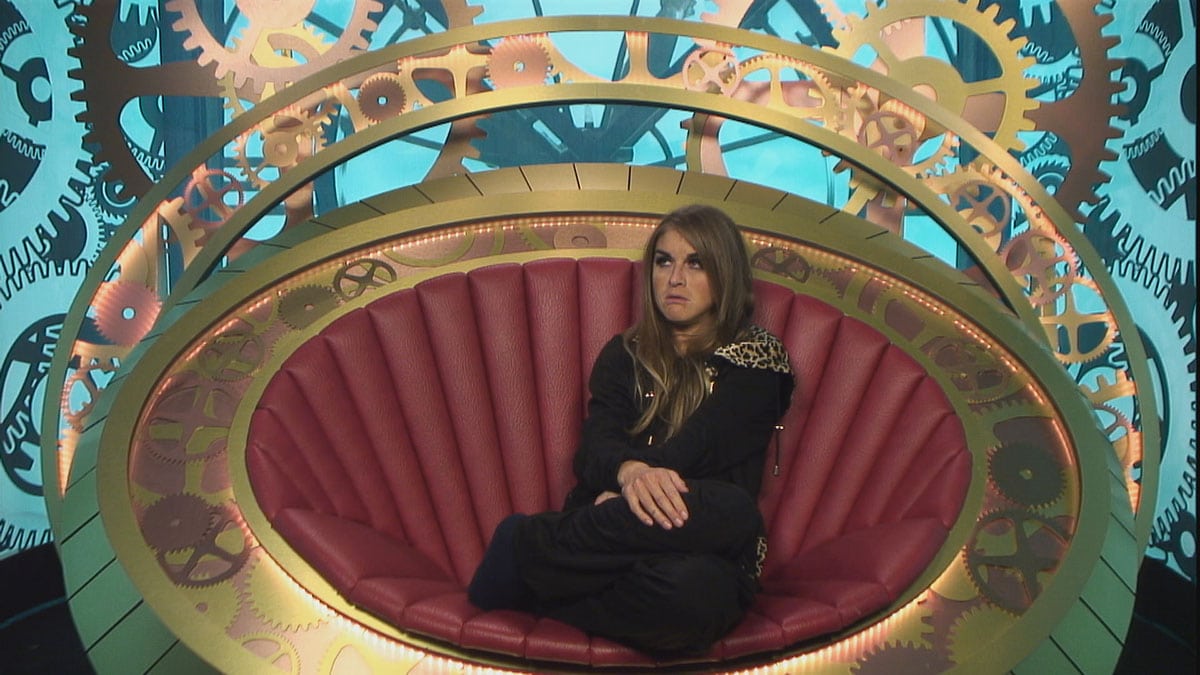 Am I the only one who hankers for the old days of Big Brother? A time when housemates entered the confines of a house and were left totally on their own to provide entertainment which was engineered by their own insecurities and fears about the outside world. A world of which they were allowed no information whatsoever, a world which fed their paranoia. The only gauge they had of their popularity was that brief and fearful eviction show on a Friday when the watching public could vent their fury or show appreciation as another member of their gang bit the dust.

Nowadays they can find out all about how they are being perceived via numerous connections with the world outside their Borehamwood prison. And that leads me on nicely to the latest Big Brother rule tinkering. There isn’t even a pretence that guests inside the house shouldn’t divulge any information about the outside world. But let’s be honest how on earth would you stop Nikki, Helen or Brian from blabbing about things they should not. They are being touted as “legends” – really?!?

Nikki in particular has a vastly inflated opinion of herself and seems only too happy to rely on her pathetically annoying mantra of quoting herself from her old time in the house. It wasn’t funny last time it is less so now. She saunters around the house with a face like a smacked kipper after sucking on a vinegar soaked jock strap. She is so wrapped up in her own world she has no time or care for anyone else. Within hours of entering the house she was already whinging about lights being turned off so she could sleep. Let’s not forget this is a house she has been paid very handsomely to enter and provide some entertainment. Thank goodness her stay in the house will only be for a limited time.

Last year’s winner Helen also hasn’t altered a bit. She was a divisive and aggressive housemate last year and already she is up to her old tricks of upsetting people and not giving a hoot for anyone’s feelings. In my experience people like Helen only end up hurting themselves with their “I don’t give a toss about anyone’s feeling, I always tell it like it is” attitude. History is littered with people like this who invariably end up as lonely losers. The real winners in life are those that show a care and understanding of others and with this in mind I am still at a loss when wondering how on earth she managed to win the show last year.

And that brings me on to the only legend in my opinion to enter the house. Brian is proving once more that whilst not possessing the brain of William Shakespeare he does possess the heart of Mother Theresa. Showing us once more the traits that endeared us to him and make him a winner Brian is kind, caring and thoughtful. Although he can be crude and potty mouthed it is not done in a manner to offend, more one of enthusiasm.

Hopefully as the week progresses Big Brother will introduce “legends” that were popular not just memorable for the wrong reasons. I for one would love to see the likes of Jon Tickle, Nasty Nick Bateman, Victor Ebuwa and Brian Dowling make an appearance.

Moving away from the personalities a little it has to be said that Channel 5 handled the entrance into the house on Sunday night of the legends very poorly. It was hyped up all the way through the show as being something we just can’t miss – “just wait for all the fireworks it’s gonna be immense” intoned Emma Willis high on the excitement of the situation. And then what happens? We get two minutes of live action and then the blooming programme ends! How pathetic. Get a grip Channel 5 and produce it properly. If you are going to make a song and dance about the old housemates going into the house at the very least allow us to see a one hour live feed showing the reactions. With the loss of the Saturday evening Psyche show as well questions have to be asked – are Channel 5 just getting bored and can’t be bothered to produce  a quality show now?

Whilst it’s a nice idea to have a time warp theme and feature previous housemates it does smack a little bit of desperation by the makers. Are this year’s bunch really that boring that you have to rely on the spicier ex housemates to invigorate the series? If I were in the house I would be concerned that we were not producing a good enough show and that there will be a lot more tinkering in the coming weeks. I would be happier if the housemates were just left to their own devices and the makers stopped trying to goad and poke reactions out of them. Guess I’m just getting to be an old fart though.