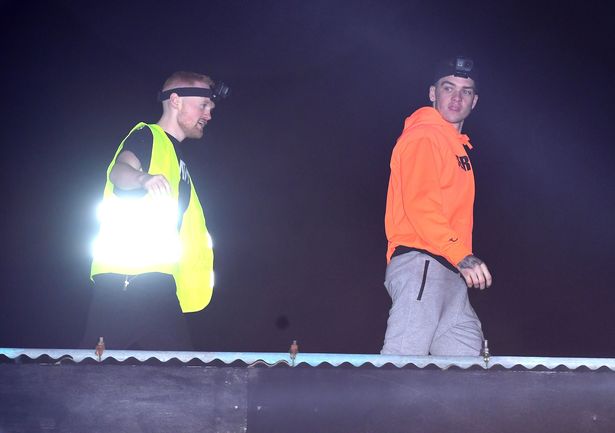 Big Brother suffered another security breach last night, after two YouTube pranksters broke into the Big Brother compound for the second time in a week.

As Emma Willis read the eviction result to the house, housemate Ashley James could be heard shouting “Oh my god someone is trying to get in!”. Wayne Sleep took it upon himself to inform Big Brother of the intruders by announcing “Big Brother there are people in the house!”

As the other contestants looked around in confusion, the shutters began to go down obscuring the view of the garden from the living room.

Pacing around the room, Wayne then clarified: ‘They’re not in the house. They’re in the garden.’

A Celebrity Big Brother spokesman told Big Blagger: “Two intruders attempted to enter the Big Brother house on Friday night. They were apprehended by security in the garden. Police were in attendance and removed them from site. Big Brother has reassured the housemates and all is calm in the house.”

How the hell did @ryantaylorbmx and @AllyALaw break into the #cbb house not once but twice in a week? A) how bad is the security 2) how the hell do they do it and 3) how do they get away with it?

What is going on in the garden? 🤔 When Emma was reading her link before talking to the house I heard all the loud noises and I knew something was going on👀 where is the security at?😂 especially on a LIVE show🙄 someone will be down the job centre on monday morning😂 #CBB

well some of the security are losing their job tonight #cbb

As if there was just another break in, LIVE! 😱😂 Big Brother need to step up their security game!! Isn’t that the second one within a week or so? #CBB