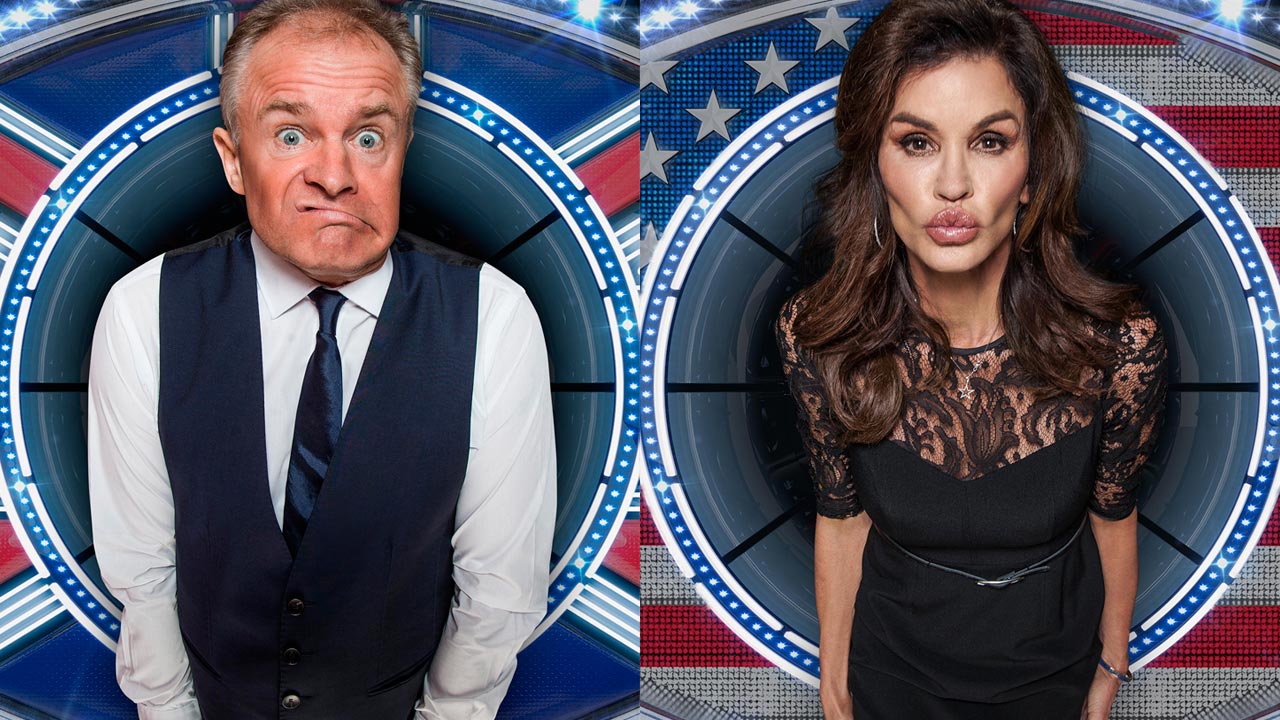 The comedian and the ex-supermodel joined presenter Emma Willis in Morph bodysuits in the flags of their respective countries. In a “bid to rule the house” with Big Brother playing dirty, the pair prepared for their battle to begin.

Big Brother started talking to the house, announcing a task was underway as the housemates met their two new co-stars in the garden.

Bobby and Janice then stood on plinths to prepare for the challenge, with the winner becoming Prime Minister or President.

Bobby had to drink liquidised gizzards, whilst Janice slurped down liquidised tripe – with a point for guessing correctly what they’d downed.

With the score at 2-1 to Bobby, the pair entered the final stage of the task which saw them wear or hold as many patriotic items on a nearby table.

Bobby held onto 24 items whilst Janice managed 21, making the final score 26-24 and Bobby Prime Minister of the Celebrity Big Brother house 2015 – for the moment, that is.

In other news, Tila Tequila was removed from the house regarding comments she made “Expressing Sympathy for Hitler”.