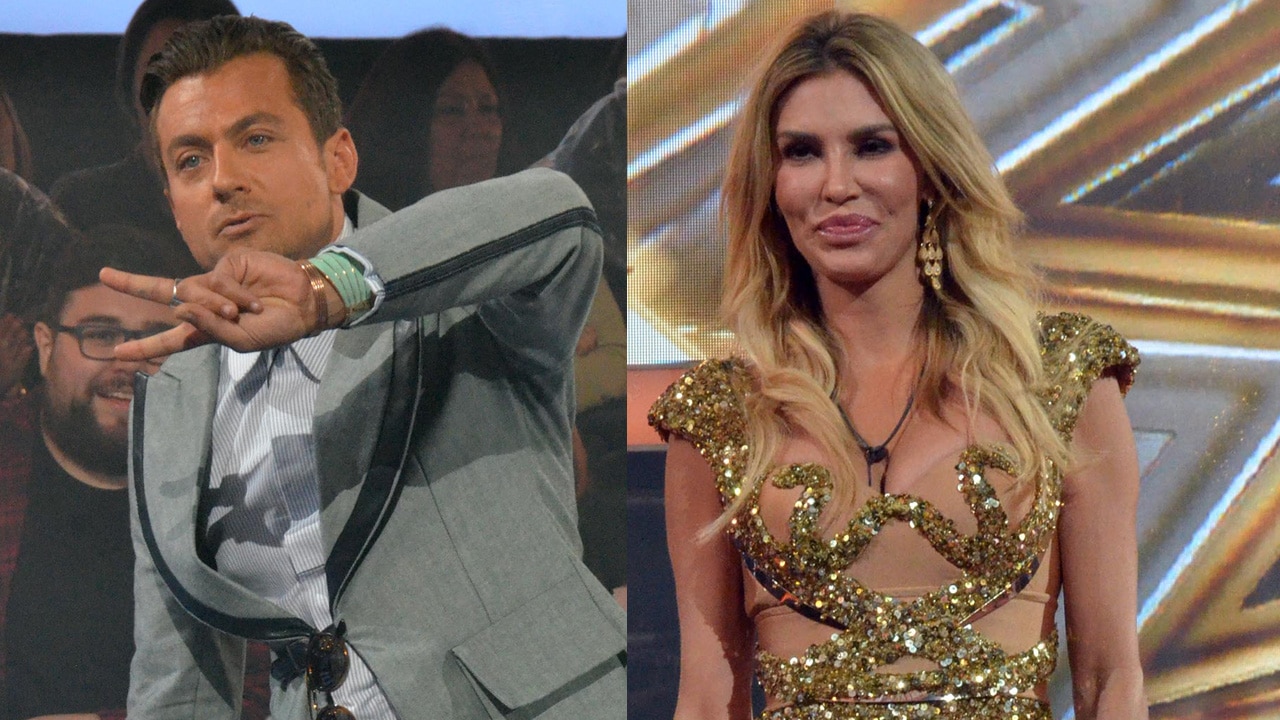 Brandi Glanville and Paul Danan have been evicted from the Celebrity Big Brother house.

During tonight’s Channel 5 show, the public were voting to save BRANDI, DEREK, HELEN or PAUL after it was revealed that Brandi and Paul had failed to solve the criminal case as part of this week’s task. EMMA WILLIS announced live to the house that Brandi and Paul were fourth and fifth to be evicted after receiving the fewest votes.

Following the announcement, Brandi said her goodbyes and left the house, greeted by Emma and boos from the crowd.

Emma asked Brandi how it felt to have left the house: “It really is like a mental marathon. You just get to a point and you just break. I feel weird, I can’t even believe that this is outside of the house. It feels like a year.”

Talking about Paul, Brandi said to Emma: “Like him or don’t like him, he is good fun. Without him, honestly I would have gone crazy. For a long time I thought Paul was a rat. Even though I like you and you’re entertaining, nope I don’t trust you.”

When Emma asked about Sam, Brandi told her: “Sam, he’s definitely a tricky character. He’s incredibly smart, but also cunning and shady as F. He’s one to not keep his word let’s just say. All he does is flirt with Jemma constantly, yet Amelia’s his girl ish. Like he’s playing everyone. He is literally playing every single person in there. I think that he likes Amelia, I think Amelia likes him a lot more. I think that Jemma will in the end be in the middle of that if she’s not already.”

Emma asked what Brandi thought was fake about Chad and Sarah: “I just feel like how do you from one day to the next all of a sudden become completely codependent. There was it seemed to me some special treatment with her and it seemed that he was buying into this she’s like this golden child situation and he’s like why not hop on-board.”

Emma then spoke to the house once more to announce that Paul was fifth to be evicted. He left to boos from the crowd.

Speaking about how he felt leaving the house, Paul said: “Of course I’m gutted, but I had the best time of my life.” Emma asked Paul if he expected to have a good time, he replied: “I hoped that I would find the real me. I was hoping that it would come through, and it did. The original Paul from when I was a teenager came out.”

Talking about his killer nomination from Sarah and Sam, Paul said: “Sarah I expected. You can’t be unhappy with Sam, because he’s such an amazing guy.” Emma asked if he was still speaking to Sam for betraying their ‘bro-mance’, Paul said: “We’ve been speaking the whole time, I love him. He’s great”

Emma asked Paul if he enjoyed his Big Brother experience: “You’ve given me a second chance in my life, my career, my everything. Thank you so much.”

In this article:Brandi Glanville, Paul Danan