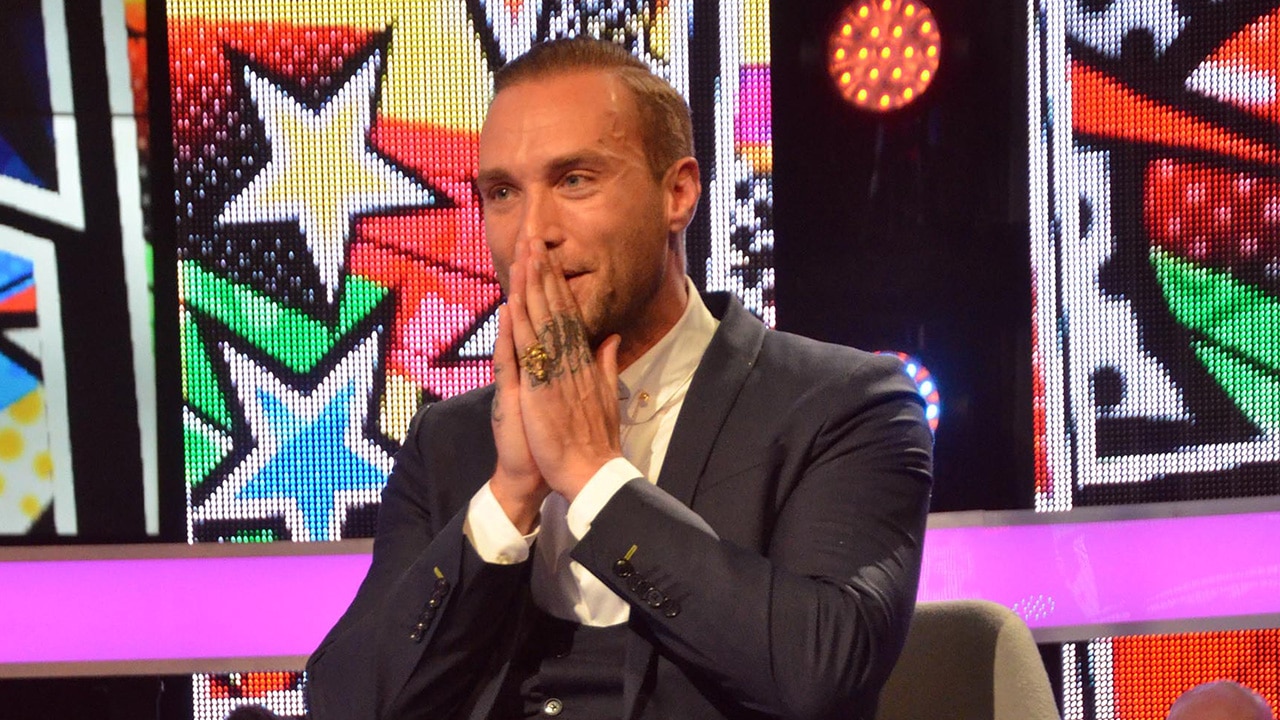 For the last 24 hours the public have been voting for their winner and voting froze during tonight’s live show. Emma announced that the Housemate with the fewest votes and therefore tenth to be evicted from the Celebrity Big Brother house is Calum Best.

Calum said his goodbyes and left to a cheers from the crowd.
On his second time in the CBB house: “It hasn’t been tougher with the people, it’s been tougher with what Big Brother brought to the table.”
“The first time round, I quite guarded, this time I wanted to be more open but I’m not a great people person.”
On being evicted: “I’m sad to come out now but they are all very worthy opponents (in the final).”
On being in the house with his mum Angie: “I genuinely did not know, then with the  likes of Heidi and Speidi and James J (knowing how to play then game)… then having to watch my mum’s back…I was sad to see her go, but I could tell she was ready to go.”
On being protective of Angie: “That was part of my nerves; she’s all I really have.  I did protect her to an extent but then I got to lower that guard and let her express herself how she wanted to express herself.”
On losing his cool in the house: “The experience was starting to drain me, we had the jail task, and I had this ear infection, and not being active played on my mind a bit, then Jedward bless them….”
On Jedward: “They enjoy themselves but I see they don’t give that respect back. They are smart, successful, they run a good business but when it comes to being people, overall I can’t give them grief cos they do well for themselves.”
On his ‘bromance’ with Jamie: “He was my boy, we got along in so many ways, then he left me for Bianca (laughs).”
On his Bianca and Jamie’s ‘storyline’ comment: “They know in reality television that romance gets air-time, it wasn’t an insult, it wasn’t a diss.”
On having Chloe and Jessica fighting over him: “As a man you appreciate it, but it was lovely and respectful but at the end of the day, what can you do (smiles).”
In this article: