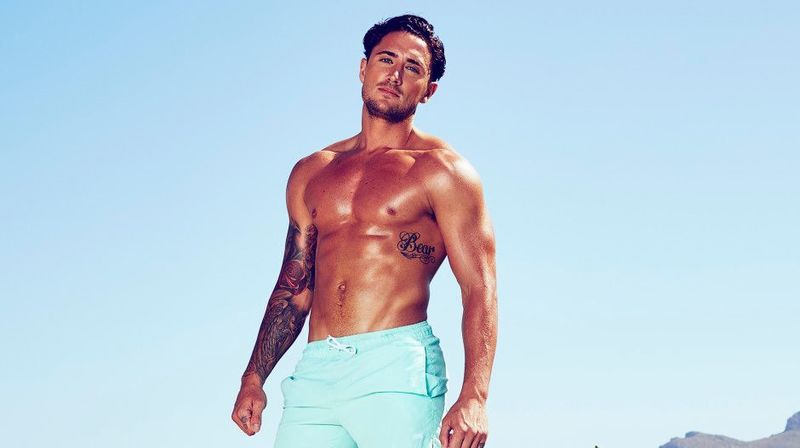 Big Brother may have drawn to a close. but fear not, for a brand new series of Celebrity Big Brother is hear to fill the void left by the reality show, and it all kicks off tomorrow night.

Of course a house is nothing, without it’s housemates – in this final part of our rumour round up series – we take a look at some of the *famous* faces touted to enter the UKs most infamous house tomorrow night.

Stephen Bear… no me neither – but apparently he passes for a Celebrity. The former Ex on the Beach star once dated Geordie Shore’s Vicky Pattinson.

Vicky is reportedly worried that Stephen will lift the lid on their relationship during his time in the house.

Likelihood – Appearance on Ex on the Beach, another format owned by Viacom, suggests that this is not outside the realm of possibility. So what nobody will have a clue who he is? We often find the *scraping the bottom of the barrel* Z listers turn out to be TV gold!

Mob wives star, Renee Graziano is next on our list of potential inmate….sorry housemates. Known for her sharp tongue and outspoken ways – Graziano rose to fame on US reality series mob wives and is, in fact, the sister of it’s creator. Who said nepotism is dead?

Bovey, who was declared bankrupt in 2010, was previously married to former winner Anthea Turner – who finished 4th and was evicted on Day 4 of the first ever series of Celebrity Big Brother 15 years ago. The series only lasted 8 days!… how times have changed. Unfortunately, some things aren’t built to last and the couple divorced in 2013 after it was rumoured that Grant had been having it off with property heiress Zoe de Mallet Morgan.

Likelihood – Grant is clearly in need of the cash so there is probably a good chance that he’ll put in an appearance tomorrow night.

Our next rumoured housemate is none other than Beth Chapman… oh… you don’t know who she is? Well let us tell you! Beth is the wife of renowned reality star, Dog the Bounty Hunter. If you haven’t seen the show, it follows Beth and her husband Duane “Dog” Chapman around as he goes about his day to day life as a bounty hunter.

Likelihood – We don’t know much about Beth but sure, she could be interesting, either way she probably will be one of the lower paid “supporting” cast members so there’s a good chance she’ll be in there tomorrow.

Last but by no mean’s least…. well no Ok possibly least, Aubrey O’Day… absolutely no idea!

A quick search of our friend Wikipedia, reveals Aubrey is another reality star, having previously appeared in Sean ‘Diddy’ Combs, Making the Band 3 on MTV (Another Viacom property – quelle surprise!) Aubrey ultimately won a place in the group knows as Danity Kane – what a name! The group managed to score a No.1 album stateside and toured with the likes of the Pussycat Dolls and Christina Aguilera. The band split following a rather public spat with Combs. They briefly reunited in 2013 before splitting again following more drama surrounding Aubrey and her band mates! Since then she’s tried her hand at a solo career and most recently formed a new band called Dumblonde with former band mate – Shannon O’Bex. Keeping up? Good!

Likelihood – Aubrey is bound to bring a massive dollop of O’drama to the Celebrity Big Brother house so we wouldn’t be surprised to see her walk through those doors tomorrow!

Of course – there really only is one way to find out who will be entering the house tomorrow – and that is to tune into Channel 5/TV3 tomorrow at 9pm as Emma Willis presents the live launch!