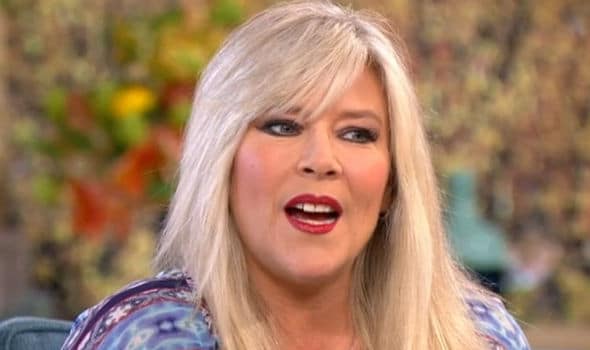 So after it’s shortest ever series, the latest run of civilian Big Brother draws to a close this evening. But fear not – Celebrity Big Brother returns on Thursday to fill that reality TV void that will be left after tonight’s final!

As always, rumours are rife regarding just who will be entering that infamous house. And as always, producers are playing their celebrity cards very close to their chests! Let’s take a look at some of the rumours currently doing the rounds.

Iconic glamour girl, Sam Fox has apparently been on the wish list for years and if rumours are to be believed, it looks like they may have finally landed the star.

Sam shot to fame as a Page 3 girl, and previously combined both modelling and singing in a career spanning more than 30 years. Her debut single back in 1986, “Touch Me (I Want Your Body)” went to Number 1 in 17 countries.

Likelihood – Recent teasers on Channel 5 have spoken of an “iconic glamour model” – so it’s not unreasonable to assume that this very well could be Sam Fox.

TOWIE cast members are no strangers to Celebrity Big Brother, although we’d take use of the word “celebrity” very loosely. It’ll therefore come as no surprise that TOWIE “hunk” Lewis Bloor, has been lined up to appear on the show according to some sources. The 26 year old could is no stranger to arguments and drama, having previously hit the headlines after the fallout of a TOWIE episode lead to a massive blowout with ex-girlfriend and fellow cast member, Lauren Pope.

Likelihood – They need to fill the house up somehow, so we reckon it’s not unlikely that Lewis will be walking through those infamous doors on Thursday night.

Next on the list, is a celebrity who is no stranger to the world of Big Brother! Frankie Grande – brother of worldwide signing sensation, Ariana Grande – previously appeared on the 16th season of Big Brother in the US. Frankie has developed a large social media following of his own, with a YouTube channel boasting over 400,000 subscribes – and popular twitter and instagram accounts. Frankie split viewer opinion following his stint on BB US, where he finished 5th – although this had nothing to do with public opinion as Big Brother US is a very different beast from our show!

Likelihood – We liked Frankie in BB16 and would love to see him in the house – we can already imagine him name dropping all over the place.

As if one X Factor reject isn’t enough – if rumours are to be believed, this series we have 2! Chloe Khan – better known by her former name, Chloe Mafia – has apparently signed on to appear in the upcoming series.

Chloe’s 15 minutes started and ended when she appeared on The X Factor back in 2010 – where she was ultimately kicked off the show for bad behaviour – not the fact that she can’t sing for peanuts.

Since then, Chloe has made a name for herself in America of all places – where she previously modelled for Playboy.

Likelihood – We don’t think producers could resist the potential of a Khan vs Waissel showdown – so we’re betting that she’ll probably be in there and knowing the way these thing normally turn out, they’ll probably be the best of friends.

And finally, for now – Helen Lederer. She’s one of these people you’re surprised to discover, hasn’t already been in the house!

The Ab Fab actress has revealed that producers previously tried to book her but that she was *luckily* too busy filming Calendar Girls at the time.

Well times they are a changing – it looks like money is finally running out and so Helen is back with her tail between her legs. If true, Helen may turn out to be something of a fan favourite – only time will tell.

Likelihood – it’s been a while since we’ve seen or heard from Helen which makes it all the more likely that she’ll be going in.

Come back tomorrow, when we’ll be taking a final look at some of the rumoured faces entering the house on Thursday.