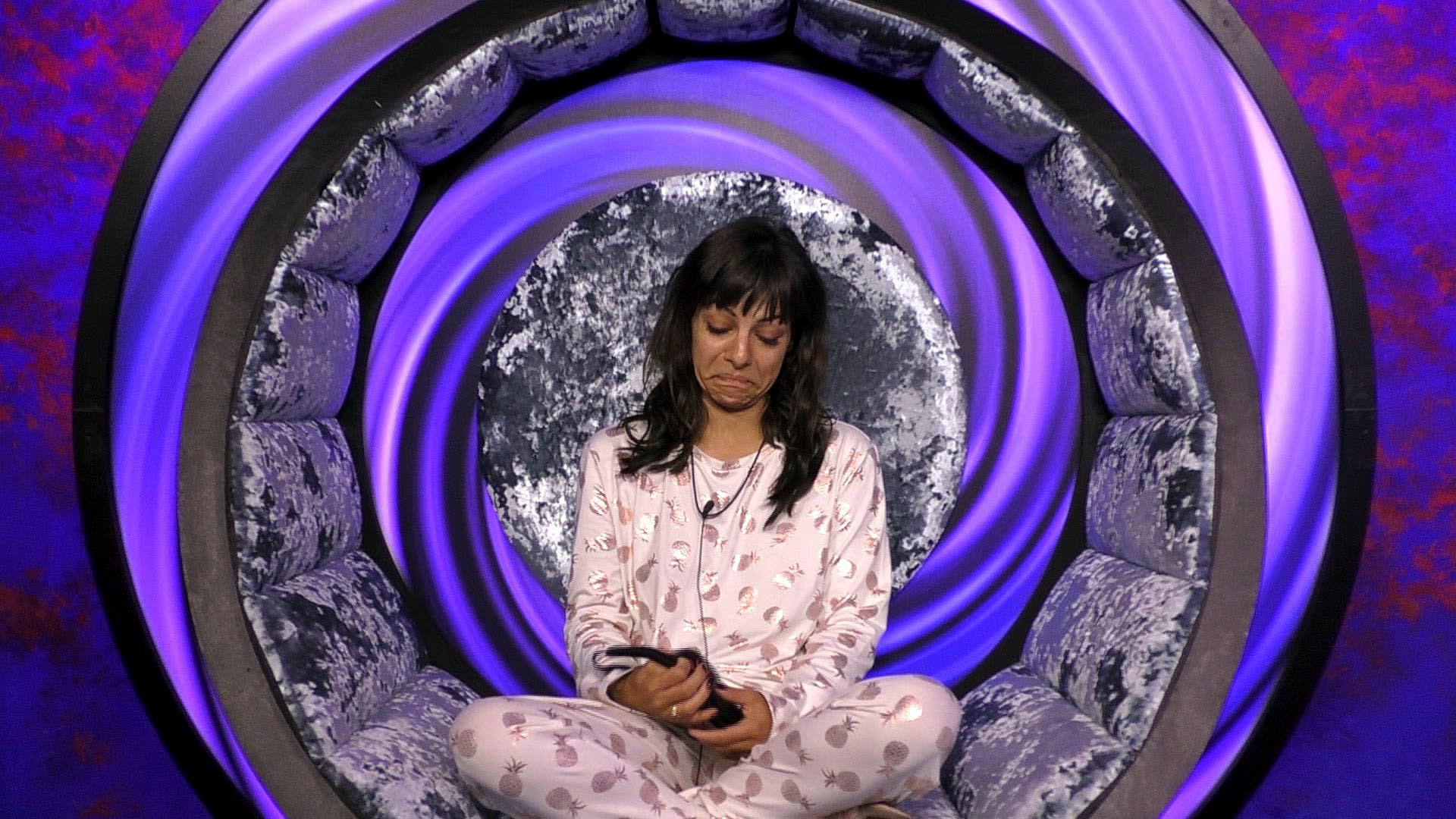 Wow. Where to begin? The second week of Celebrity Big Brother was filled with tears, drama, and some very shocking and uncomfortable viewing the last 72 hours. It all led up to a shocking eviction, a shocking exit, and outrage from fans outside of the house.

Let’s not waste any time and get right into it.

For this week’s shopping task, Big Brother put the viewers in control and would be the sole deciders if they passed or failed. Little did the housemates know, they would be on basics regardless as punishment for Jermaine and Chloe breaking the rules for note writing.

The housemates got a visit from The Public Eye, which is what I’m going as for Halloween this year in case you were wondering. Anyway, the Public Eye set the housemates a series of different challenges they had to perform to the public’s satisfaction.

It was one of the lighter moments of the week filled with hilarious tasks. The housemates passed the shopping task but got a basic shopping budget for the week.

Nominations cause a surprise

The second round of nominations caused quite a surprise as Hardeep Singh Kohli and Chloe Ayling were both up for the chop. This was the second time Hardeep was up for eviction as he got six and Chloe had seven. The reasons for Chloe were she was not the best housemate to keep tidy and help out around the house.

Model Chloe Ayling became the third celebrity to be booted from the house on Tuesday. Her eviction came following her being in the center of the controversy surrounding Jermaine, who failed to tell her he is married on the outside.

Host Emma Willis revealed footage to Chloe during their interview where Jermaine confesses to Dan, Gabby, and Ben that he is married on the outside, news that is surprising to the model.

I don’t have any words at the moment,” she told Emma. “It’s just disgusting. When you’re married and try to go and crack on with someone on TV.”

The people get the power!

The nomination power was put into the hands of the viewers this week. Fans used the Big Brother app to vote for their favourite housemate and the two with the fewest votes would face eviction.

But this was no ordinary eviction. In a nod to the American format, the housemates would have to vote to evict one of their own.

Big Brother 2018 gets a launch date

Celebrity Big Brother is coming to an end soon but don’t you worry! There’s most Big Brother around the corner.

The 19th (and possibly final ever) series of Big Brother will launch on Friday, September 14th at 9 pm. The launch will come just four days after the final of Celebrity Big Brother, which will conclude on September 10.

Thursday’s episode began an explosive 72 hours inside the Celebrity Big Brother house and Roxanne was in the center of it all.

Fans were left furious and stunned when Roxanne claimed she that Ryan “punched her like a boxer” and called him a “woman beater” before going into the Diary Room and asked to speak to producers and went as far to request Ryan be removed from the house.

Fans were so outraged that watchdog OfCom had over 11,000 complaints from viewers in just 24 hours.

Ofcom said it had received 11,215 complaints about the episode, adding: “We are assessing these complaints against our broadcasting rules, before deciding whether or not to investigate.”

Reality star Ben Jardine became the third celebrity to be evicted from the Celebrity Big Brother house on Friday. Ben and Jermaine had the fewest votes from the public and were put up for the chop. The housemates had to choose who to go and by a 5-3 vote, Ben was sent packing.

During his eviction interview with Emma, she showed him the footage of Roxanne being “punched” and he was stunned.

“It breaks my heart…Now I feel like I’ve been mugged right off…I always fall for it, don’t I…That’s not what I got told,” he said.

As Ben was leaving the house, chants of “Get Roxy Out” could be heard and later on it became clear that house knew what the viewers did, Roxanne is lying about the incident with Ryan.

Roxanne gets exposed…then walks from the game

Early Saturday morning, Roxanne decided to leave the Big Brother house. The decision came amid massive backlash over the “punching” incident with Ryan.

“Roxanne has decided to leave the Big Brother house,” Channel 5 said in a statement. “The housemates have been informed.”

In Saturday night’s highlights show, viewers saw what led up to Roxanne walking away from the game. Earlier in the day, Dan was told by Big Brother that there is a reason why Ryan had not been removed from the house. This led Dan to connect the dots and realize that Roxanne was lying.

Dan then informed the majority of the house and started to not speak to Roxanne as much. When the house heard the boos and chants for Roxanne to get out, it only confirmed what they had thought.

Whew! That was a tiring week, wasn’t it? I’ll be back next Sunday for my final recap of the series and give my prediction for the winner. Let’s hope its a calmer week, eh?