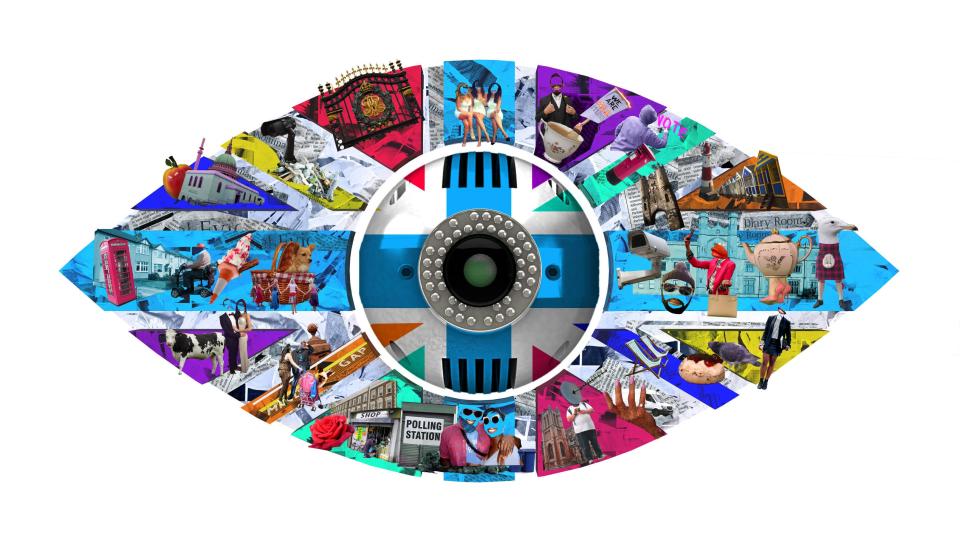 And so the wait is finally over, Channel 5 have today unveiled the brand new eye logo for the upcoming series of Big Brother.

The eye features a best of British theme and makes no reference to the potential pairs twist teased throughout the shows audition process.

The logo itself features a number of iconic landmarks, figures and themes.

Channel 5 said: “At a time of political upheaval and tough questions about unity in the UK, Big Brother brings you an alternative look at Britain.”

They added that the new series will be a “summer of contrasts, conflicts and collaboration… and more fireworks than you could imagine, as a selection of people, from a range of backgrounds, come together in the ultimate social experiment.

The United Kingdom of Big Brother…and everyone is welcome.

Big Brother is returning for it’s 18th civilian series at the start of June, with an official launch date expected soon. The eye logo isn’t the only change as it’s once again all change in the Big Brother house with the infamous house said to have been given a drastic new makeover too.

Big Brother’s Bit On the Side returns weeknights with Rylan Clark-Neal.  Joining him will be a variety of celebrity panellists, talking heads and an audience of BB fans to debate hot topics, reveal exclusives and go behind the scenes of the main show.

More news is expected from Channel 5 this morning – so stick with Big Blagger for the latest!