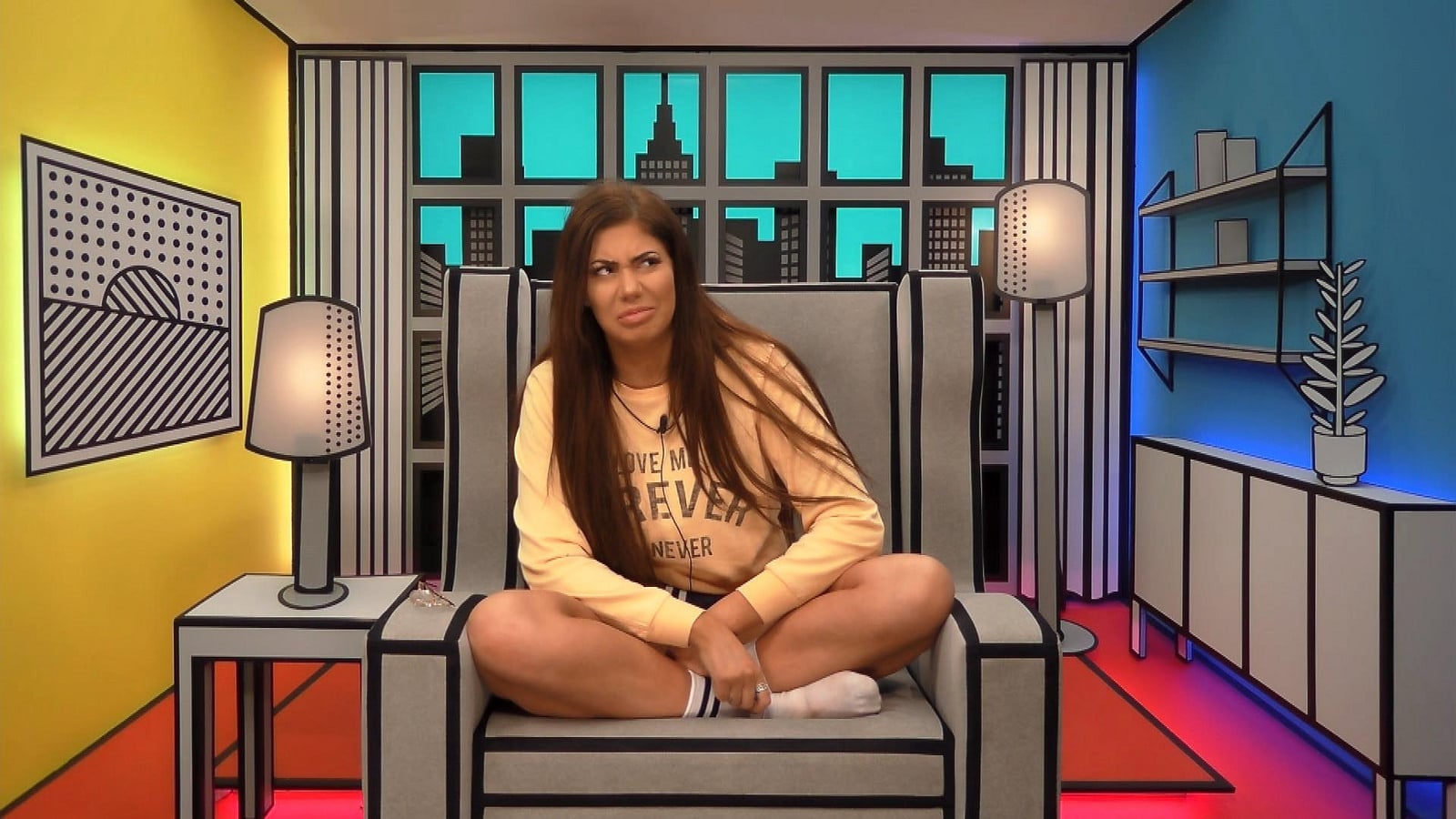 Celebrity Big Brother housemate, Chloe Ferry has been given a warning by Big Brother for rubbing her bare bottom against John Grimes’s back.

Although he didn’t make a complaint against her and tried to laugh it off the best he could through his embarrassment, Big Brother was having none of it.

As Chloe sat down in the Diary Room, Big Brother said: “Today in the bathroom with John, you lifted up your towel and rubbed his naked bottom against his back.

“This was uninvited physical contact when you were naked. Chloe – invading people’s personal space when you are naked I unacceptable, and Big Brother would suggest you refrain from this sort of behaviour in the future.”