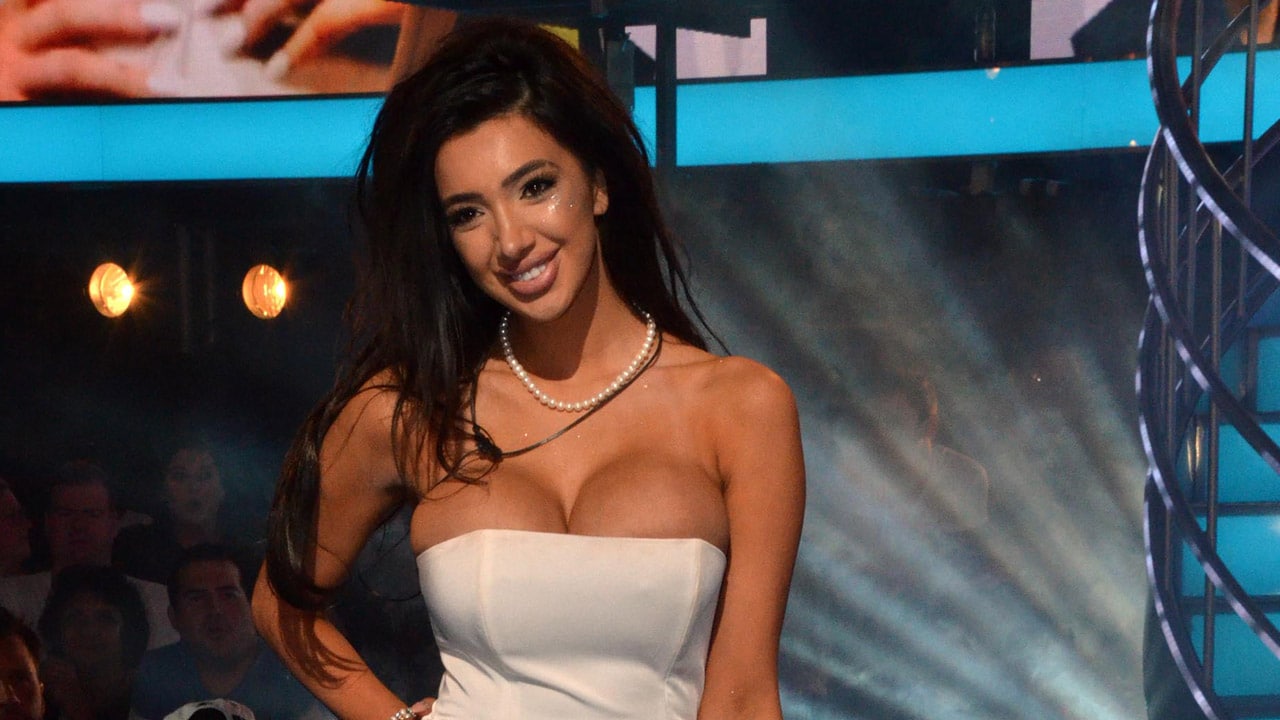 Former X Factor contestant Chloe Khan has become the third housemate to be evicted from the Celebrity Big Brother house this evening.

In tonight’s live twist, Khan and Marnie Simpson received the lowest number of public votes, going head-to-head in a game of chance.

Chloe and Marnie then went on to play a special edition of ‘Big Brother’s Big Risk’ in the garden.

All the housemates were told to stand behind a podium in the garden – Chloe and Marnie were then informed by Emma that their fate would come down to one spin of the Big Risk wheel, and their odds of eviction would be decided by their fellow housemates.

The majority of housemates chose to nominate Chloe, which meant the deciding spin was heavily weighted in Marnie’s favour. The wheel then landed on Chloe’s name which meant she was sent home.

During her exit interview with host Emma Willis, when asked about her housemates choosing her to face eviction she said: “I stopped caring what they thought! I understand Bear so much, he’s the most genuine in there.”

Emma then asked Chloe about Renee: “Renee was mad about Bear! She wanted to make it a thing for them two. She’s an emotional mess!”

On Bear: “I went in there thinking not to kiss anyone, and then you forget there’s loads of cameras in there. One day in there is like a year out here! So intense in there! Bear is not a nasty person; he’s such a sweetheart. He has a bit of a laugh but never too personal.”