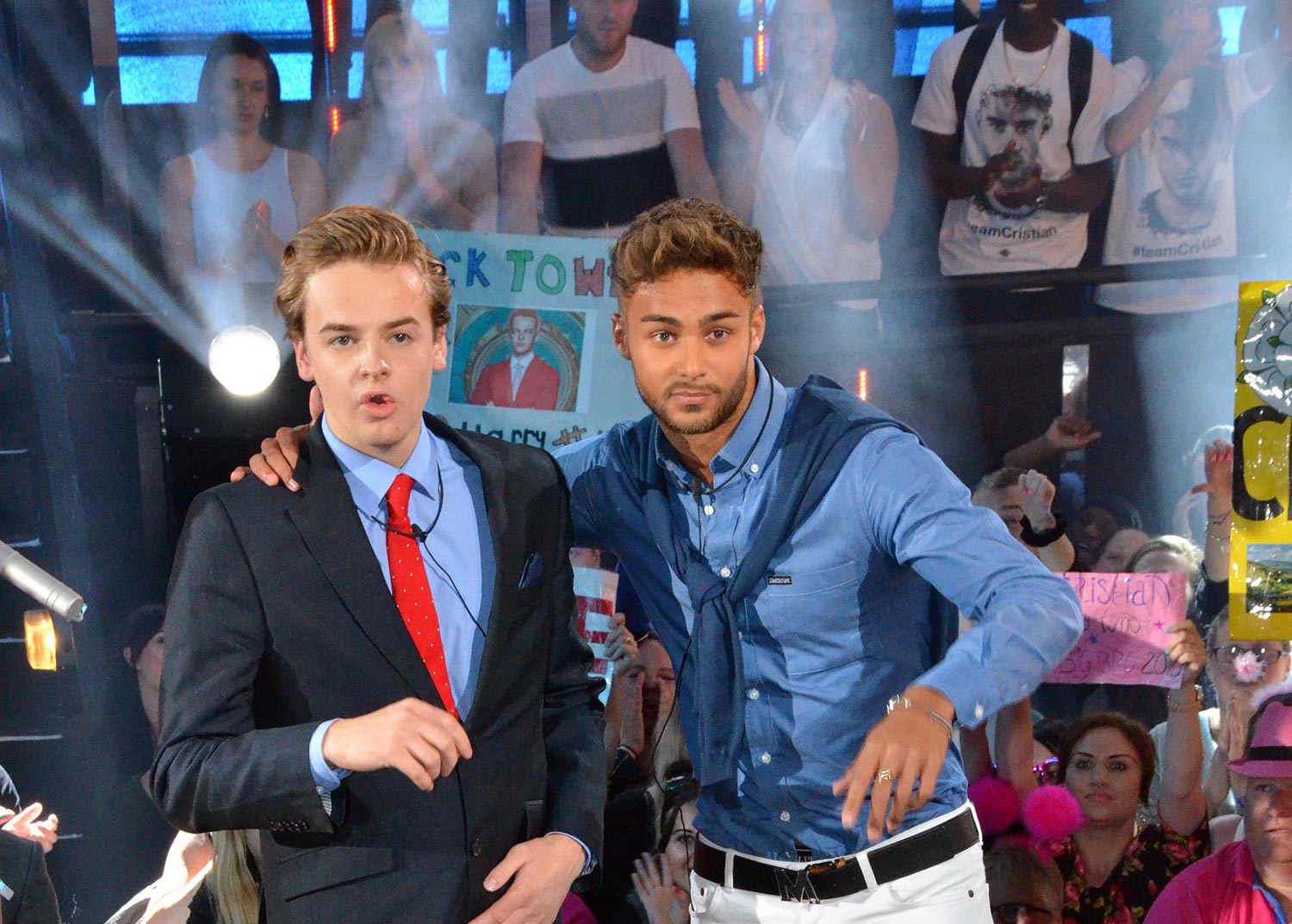 As the Big Brother final kicked off tonight at 9pm live on Channel 5, Emma announced live to the House that the Housemates in 6th and 5th place were Cristian and Nick.

They left the House to a cheering crowd and met Emma to talk about their experience in the House.

Emma went on to ask him about how much he worried about he came across, and did it toughen him up. “It made me toughen up, and made me take things with a pinch of salt. When someone like Brian came along, he acted like a brother to me, he made me realise being in Big Brother was a big thing.”

On Jasmine, Cristian said, “The second she walked in I was like wow she was hot!” He gave her a message and said “It would be nice to see you later!”

Emma then went on to quiz Nick about his time in the House and asked him if he was OK. “I am OK, I am loving it. It surpassed my expectations, meeting you (Emma) feels like an illusion.”

On Harry Nick said, “Sometimes opposites attached and she is endearing and beautiful and I want to keep seeing her. It will be hard but it is something I want and to happen. She made it as special as it was and without her I wouldn’t have got through it.”

Nick finished with, “I made the best friends in the world,”

Emma went on to say she thought Nick was loveable and not loth able which Nick said he was in his VT.