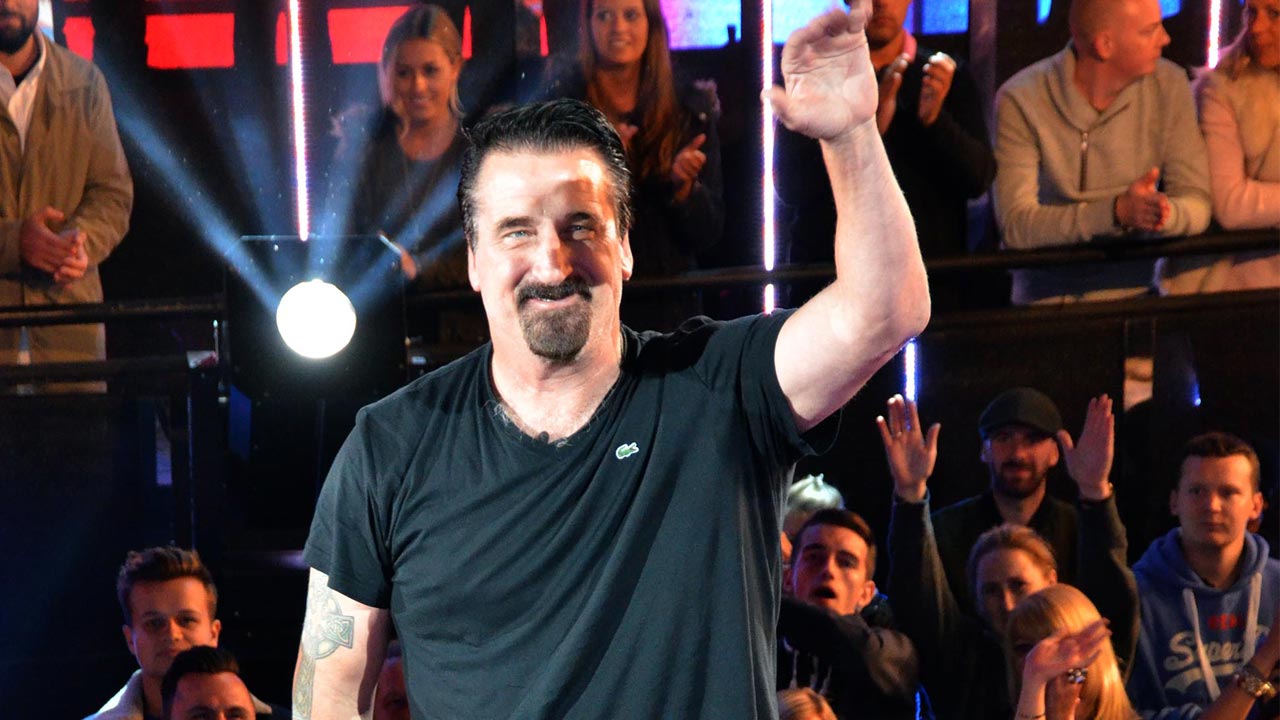 Daniel Baldwin has become the first Celebrity to be evicted from the Celebrity Big Brother house.

All this week viewers were voting to save Chris, Daniel, Farrah, Janice, Jenna and Stevi & Chloe-Jasmine.  Daniel received the least amount of votes and was the first Housemate to be evicted from the Celebrity Big Brother House.

When Daniel left the House and met Emma she asked him how he felt about being first out.  Daniel: “You’re surprised to see your face when there have been explosions…I’ve been a pretty good person, but haven’t done enough for the public to want me to stay…I didn’t get enough votes”

Emma asked Daniel his thoughts on Stevi and Chloe-Jasmine for nominating him.  Daniel: “There was the infamous secret incident and it was funny because where I’m from, when you take out your cigarettes and leave them open on the table, you’re offering them to others…obviously not”.  On the tension between UK vs. USA: “I think birds of a feather flock together.”

Emma asked more about the difference between the Brits the Americans.  Daniel: “The American team was the louder team.  There was very little fighting in the UK team.”  Emma asked about Chris and Janice.  Daniel: “I didn’t think Chris would have had enough storyline or enough for people to want him to stay, boy was I wrong…It’s the Janice show. She is a pain in the ass….but if you realise that…that’s why I had no confrontations with her….just let her go”.

Earlier this week, Royal Butler, Paul Burrell was ushered into the Big Brother Palace to put our celebrity Housemates into service.  Tonight the CBB Palace closed its gates for good and our Head Butler, Paul took his final bow.

When Paul left the Big Brother House he was met by Emma Willis and she asked how this experience was?  Paul: “It’s good to be back, tough but there are some great people in there.  It’s been like staying in a high security ward.  It was an amazing thrill.”

Emma asked Paul what affect he thought he had on the House.  Paul: “I think I had a calming effect on them…I think?!…When I went in there I was met by the Ice Maiden, Farrah, she did not want to connect with me….I think she is such a hurt person, I think she is fragile, she is a nice girl on the inside but you just have to find it….I wish I could have been in a little longer….she [Farrah] likes James, James likes her…I saw it first-hand.  She couldn’t take her eyes off him”

Emma asked Paul about Janice: “I’d have to fire her if she worked at Buckingham Palace.”  Emma also asked Paul if the UK vs. USA theme was felt inside the House: “I do feel it yes.  Don’t ever think England and America are the same.  They are not.  We’re British.”

Big Brother returns tomorrow at 10pm on Channel 5.  Emma will be back on Tuesday at 9pm for the second live eviction.