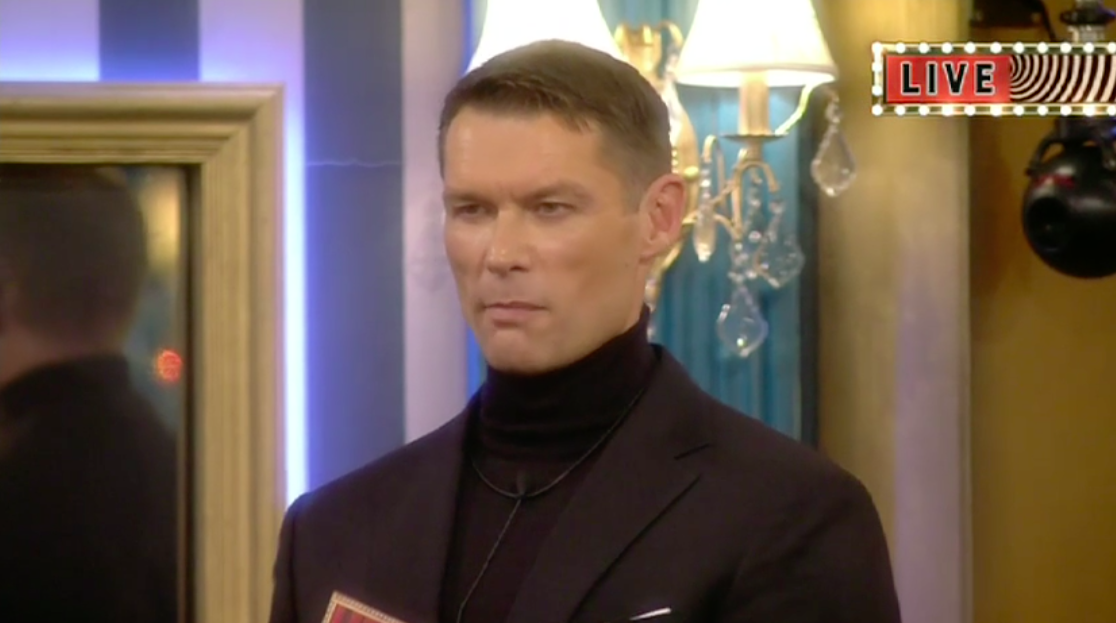 Celebrity Big Brother returned with a BANG this evening, and has already dealt up a dramatic twist.

Even before all the housemates had entered the house this evening, he asked the group who the most decisive was and John Partridge was the quickest to stand up.

He then had to chose two housemates to send away to leave the main house and live in a box in basic conditions – and gallantly picked himself.

Darren Day was the ‘lucky’ housemate to join him after volunteering as well, saving the rest of them the torture.

After they were banished, Big Brother told the pair that while they were living in basic conditions, they would have a lot of responsibility.

Their first task was to choose three housemates’ suitcases to take away and they immediately decided to get rid of the men’s – Christopher Maloney and Winston McKenzie.

They chose Danniella Westbrook as the third because they thought she was tough and could take it.