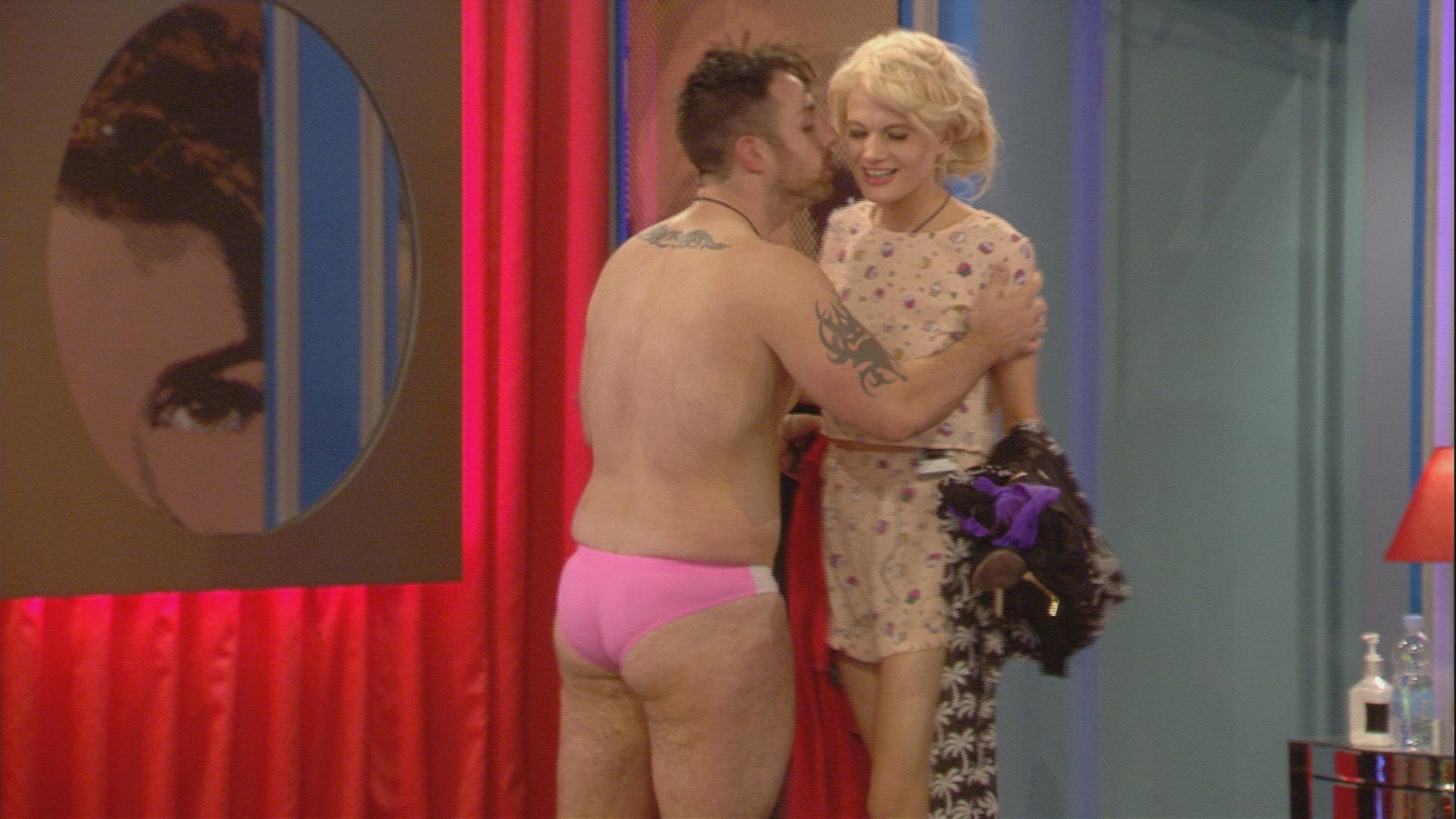 Here are all the latest highlights from Day 4 in the Celebrity Big Brother House.

Jenna, Farrah and Janice are getting reading at the beauty station discussing Austin and James. Jenna says ‘The only two people that are like getting sexually crazy are the two guys together. It’s so ironic. We are like these sexually powerful girls and ….they are the most likely to F.’

Farrahgets offended by Austin asking if she has had work done on her a**. Janice butts in and tells Austin he was provocative and should apologise.

Austin in the diary room on his friendship with James ‘He is such a little salad boy. He has got his tan going on. He’s got the hair going on and the moisturisers and the creams. Then I find out he’s a Yorkshireman…he is very comfortable with himself and I respect that…he hasn’t said anything like don’t try any funny stuff…he knows I would never do that.’

Jenna and Farrah quiz James on his bedroom antics with Austin. Jenna – ‘I heard this whole thing last night, he was like naked in your bed asking you to massage his hamstring, he pulled down his pants…I don’t know why you don’t shut it down.’ James ‘He has not tried to come on to me once…the minute he tries to f***ing try and touch me I’ll be in bed with Bobby Davro.’ Farrah responds ‘Slip ‘n’ slide with that sexuality….that’s you…it’s going to be a slip and slide and you’ll just be in it. You have no boundaries.’

Janice acts as an ambassador but the argument soon escalates. Farrah ‘I just don’t want it in front of anyone or around me..Oh I’m the one doing it Austin?’ Janice tells Jenna it has nothing to do with her and tells her to stop talking. Farrah starts to walk out. Austin ‘Stay in here, stay in here with your fake ass, your fake t**s and in front of everybody lets be happy with what god gave us. The f***ing doctor gave you half of that to you Farrah…That’s f***ing stupid.’

Bobby tries to sort the situation out. But it again escalates. Austin ‘Then leave you stupid b**ch…There are three rooms…sit the f**k down Farrah. You got famous because you were pregnant underage and you stayed famous because you had a sex tape!’ Farrah ‘You’re a f**ing disgrace to humanity..do you want to go and have a kid so that you can be cool?…but you can’t have a kid because you don’t have a f***ing vagina!’

Daniel is talking to Austin and Scoop in the garden. They are discussing Austin sharing a bed with James, Daniel questions if the bed situation would be an issue Austin’s partner. Austin explains as James is straight and also that Austin is not interested in James sexually, no it is not an issue.

Jenna is talking to James in the garden. Jenna tells James that everyone does not want him to feel uncomfortable. James explains that he is comfortable with his sexually and that he is ok with how things are. Jenna tells James ‘You need to be careful that you don’t look like you are the one drumming up all this drama around you and this whole place is revolving around you, and your just the one the little victim and the sweetheart in the middle.’

Austin and Farrah bury the hatchet. Austin apologises for the names. Farrah apologises for Austin feeling like his sexually has been attacked. Austin explains it is more James’ sexually she attacked and that he felt his marriage was disrespected.

Stevie is in the hot tub with James, Austin, Farrah and Jenna. He is wearing Chloe’s bikini bottoms. Austin puts a face mask on Stevie.

Natasha asks Chloe if she is bothered by Stevie being in the hot tub with the girls. Natasha has said she would be and would be annoyed that she had not been invited. ‘I hold my hands up, I get jealous. Not as much as I did when I was younger….I feel bad for what I just said because I don’t want to make you feel like you have to worry about anything because obviously you don’t.’

Janice asks Bobby about a time limit on the bathroom. But James, Jenna, Farrah and Austin have used all the hot water. Bobby tells Janice there is no hot water left. Janice goes to the bathroom. Janice ‘I wanted a f***ing bath ok selfish people….It’s called common f***ing decency.’ Jenna ‘Don’t be a diva, ok!’

After hearing that Austin had said that Gail wanted to clean the bath, Janice  starts to argue with Austin. He retaliates ‘Who unpacked your f***ing bags, she spent the whole day unpacking seven of your bags….no hold on a second. She spent hours unpacking your stuff, giving you a tour of the house…she has done everything for you.’

Bobby and Jenna argue as he said there is ‘no talking to these people’. He is trying to calm the situation down. Jenna is tired of Bobby ‘coming at the Americans’.

Janice in the diary room ‘In the garden the fight was escalated…He started to follow me. I did not spit on him. I made the motion that I spat on him’

Gail is upset by the screaming and the shouting all day.

Jenna tells Janice that she is out of control over the bath. ‘You know that 100% that I’m not selfish and that kind of sucked that you came in calling me selfish. I mean like don’t try and pull your freakin’ queen card…You’re not above anybody. It is just seems so abusive.’

Austin in the diary room about Janice, she just heard ‘Gail clean the bath and she turned around and said “Don’t you f***king made that young girl do that. Don’t you f***ing dare do that.” And I said Janice you’ve had this girl running around ragged all day doing stuff for you. She’s cleaned for you, made several cups of tea. I can’t name one housemate who I haven’t seen running around for Janice…she turned around and said “f**k you”