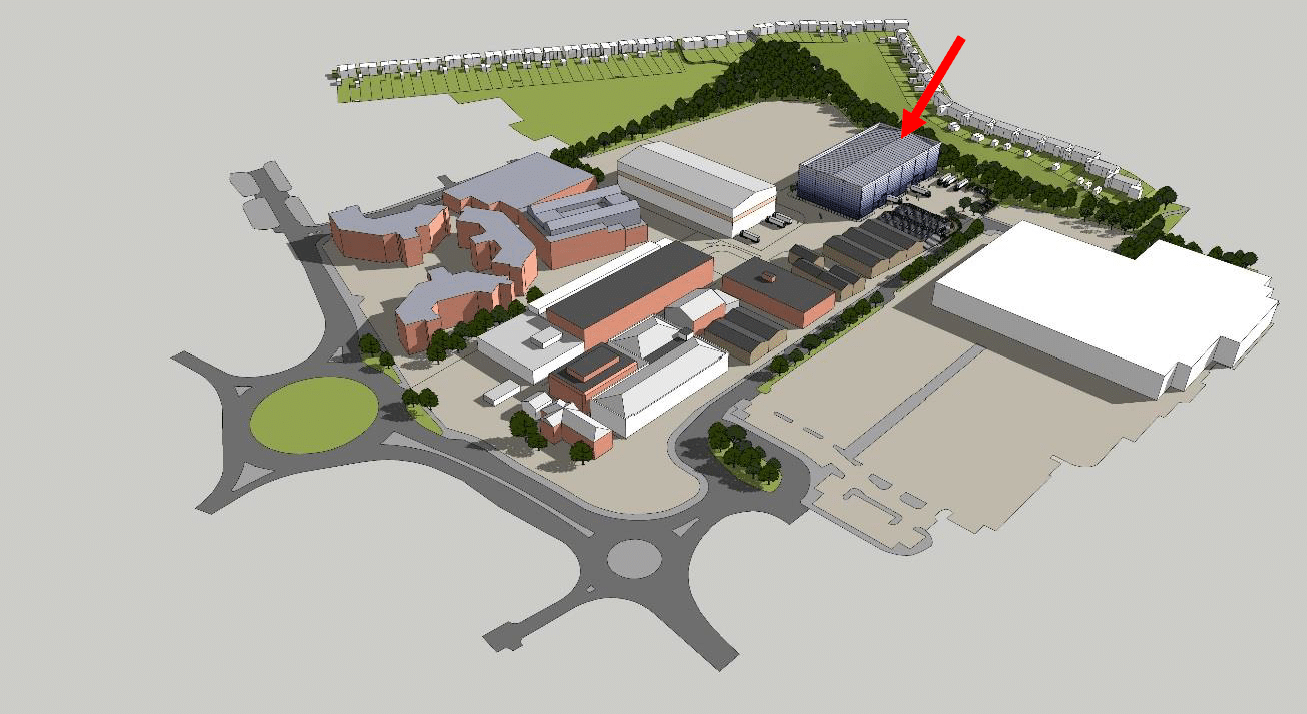 Elstree Studios have submitted a planning application with Hertsmere Borough Council for the development of two brand new sound stages.

If approved, the new stages and workshops will be built on the land that was home to the Big Brother UK house between 2002 and 2018.

The Big Brother house was demolished at the beginning of 2019, following Channel 5’s decision not to renew it’s broadcasting rights for the show past 2018.

In the planning documents, Elstree Studios say that in response to the increased industry demand for state of the art sound stages, they propose to construct a twin sound stage building, carefully designed to meet international space standards in studio design and ensure the long term viability of this employment site.

The bespoke twin sound stages will be located in the place of the existing studio and production areas of the “Big Brother House” TV series, at the north part of the site. The remaining site will accommodate deliveries and short term parking of mobile units, ancillary to the operation of the sound stages.

For the new workshops, the application includes for a partial demolition of old, existing pitched roof, unheated and uninsulated section of the terrace of existing workshops and their replacement by pitched new roof workshops that will provide a satisfactory workplace environment. Cladding colour will match that of the adjoining workshops. Ancillary accommodation will be provided in the first-floor attic space. These workshops will service the new sound stages.

A deadline for a decision from the council on if the redevelopment can go ahead is set for November 19th 2019.

At the time of publication, there is currently no broadcaster signed up to host another season of Big Brother or Celebrity Big Brother in the UK.