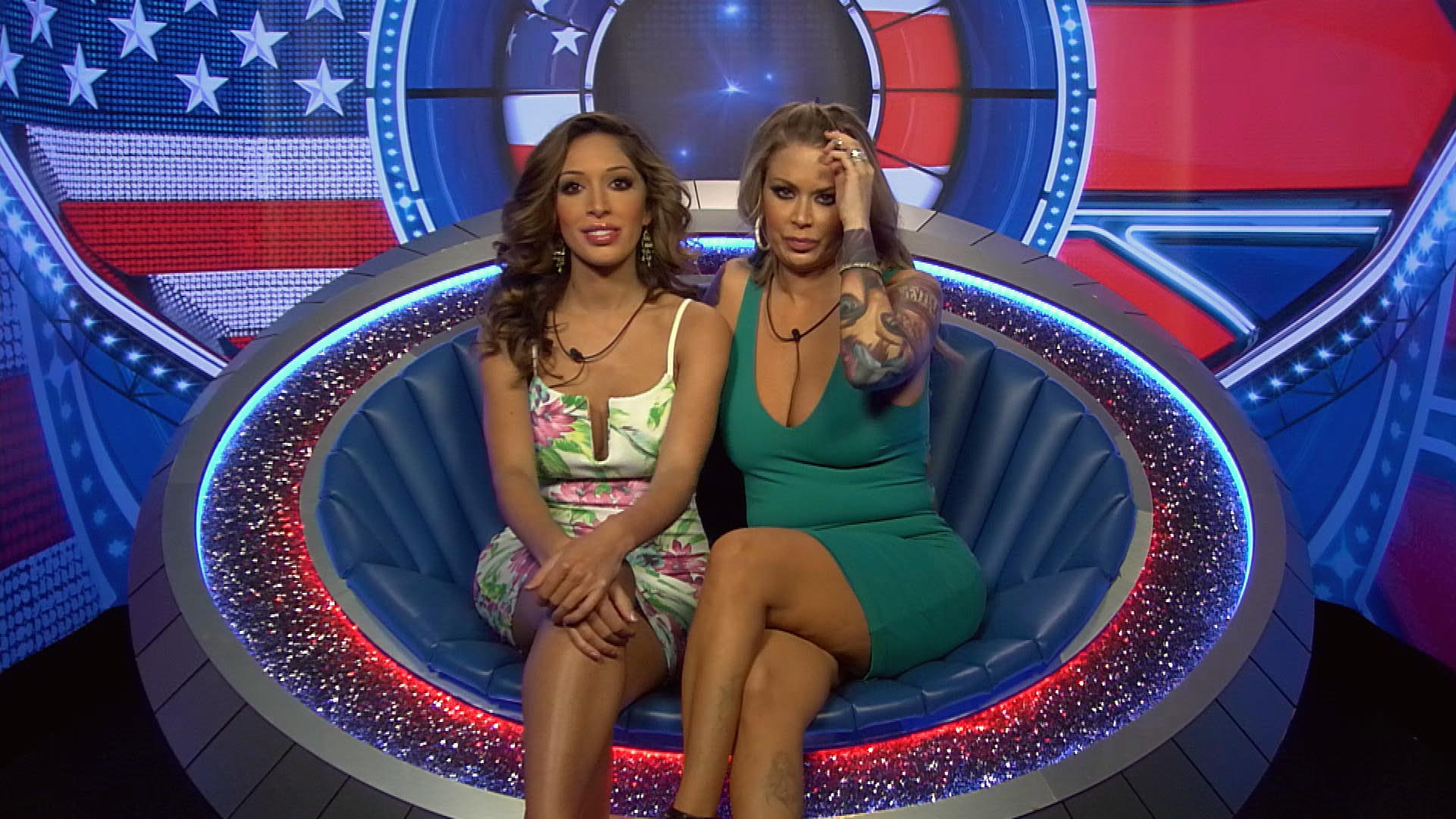 For the past 48 hours, viewers have been voting to fake evict BOBBY, FARRAH, JENNA, GAIL or STEVI & CHLOE-JASMINE. In tonight’s (Friday 11 September) LIVE Channel 5 programme, EMMA WILLIS announced to the house that as FARRAH and JENNAreceived the most votes, they were to be fake evicted from the Celebrity Big Brother House and re-enter into a secret room.

On hearing the news that she was to go back into the house, FARRAH said, “What is going on?! I’m running away” before re-entering to the Secret Room; JENNA said “I really thought I was going to go tonight. FARRAH and I formed an alliance and the house pushed us out. I was who I am and I am genuine…Oh my god Emma! Yes!” and also re-entered to the Secret Room.

In the Diary Room Big Brother tells the Secret Housemates ‘Hello JENNA, Hello FARRAH. Earlier tonight your Housemates witnessed your eviction from the house…You will be staying in a secret luxury suite where you will move shortly…For the next 48hrs you will live in splendour hidden away from the house and Big Brother will give you immunity from nominations…You will have sole responsibility for who is up for eviction. You must now make your first nomination.’

FARRAH ‘AUSTIN, he likes to be British and American, stop playing both…because he is heartless: AUSTIN.’

Big Brother: ‘Your Housemates’ fate lies in your hands’.

Emma announced to the public ‘Big Brother has just told them one big fat lie…AUSTIN will not face eviction, in fact he is very much immune. FARRAH and JENNA will continue to nominate. It will be the Housemates’ job to get nominated to gain immunity. Housemates will for once be playing up to the cameras.’

Farrah and Jenna settle in to their new environment and are enjoying their new found access to the house in ‘secret’.