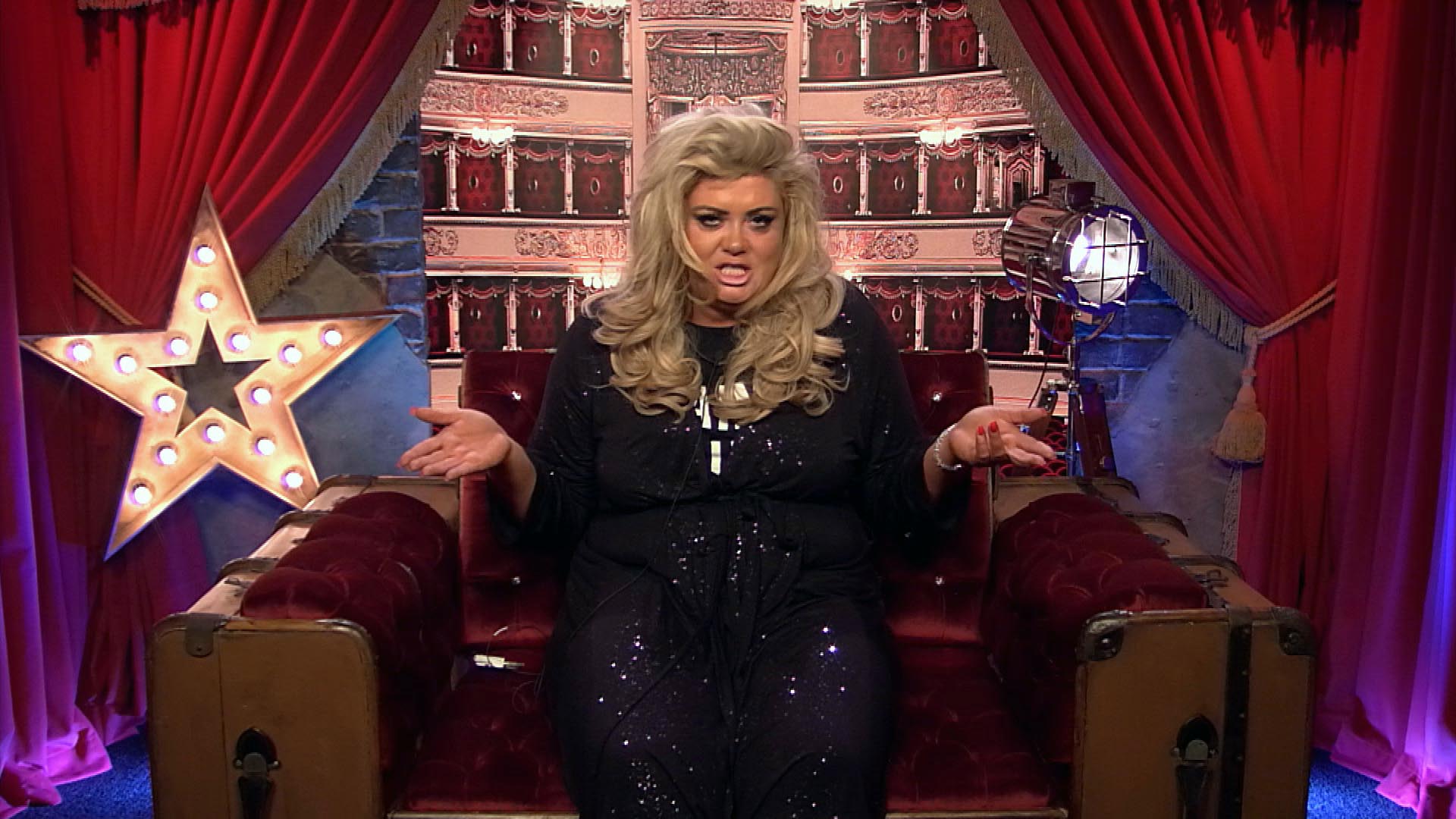 Gemma Collins has won IMMUNITY from the next eviction after winning the first ‘Forgotten Theatre’ task.

Following this evenings eviction, Big Brother gathered the housemates in the large task room – which has been transformed into Big Brother’s ‘Forgotten Theatre’. Housemates were told to stand behind a selection of music boxes.

Big Brother informed the celebrities that one of the boxes contained a gold theatre mask that would guarantee immunity.

After all the boxes were opened, Gemma Collins found the gold mask and that guaranteed her safety from next week’s eviction.