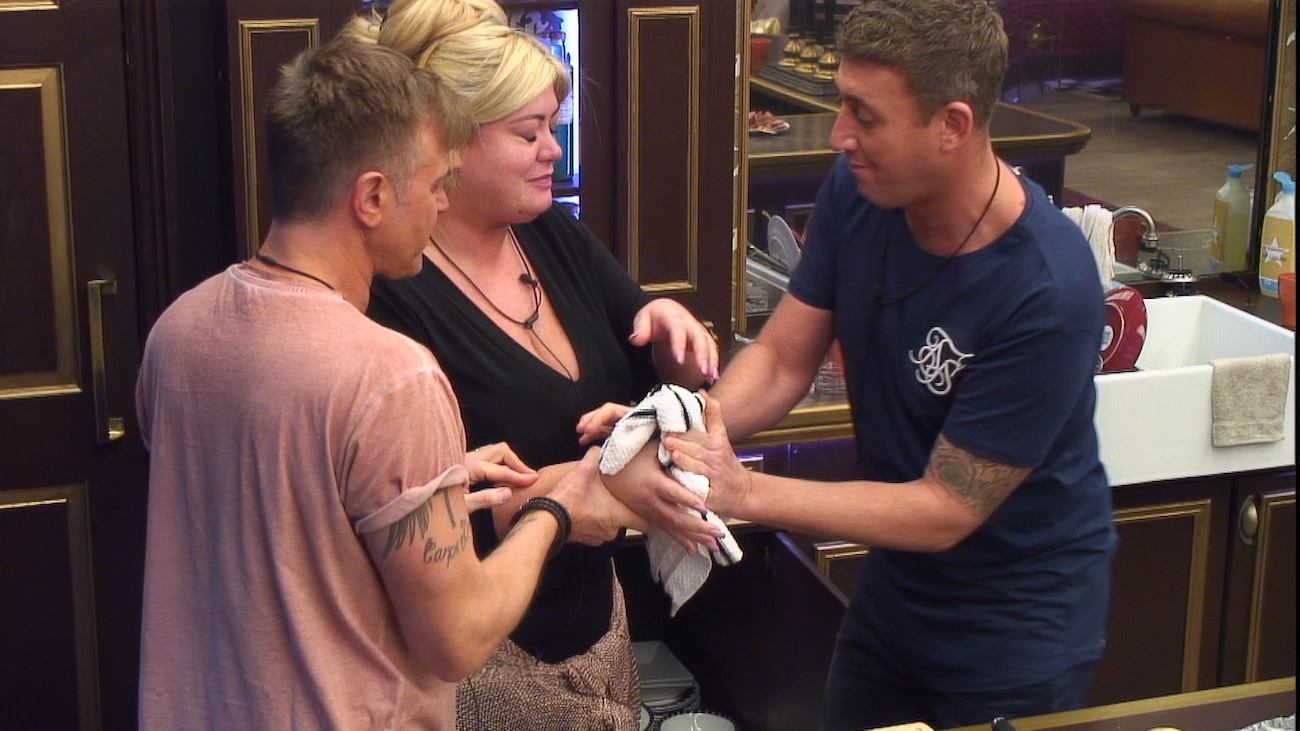 Gemma Collins had a temporary break from the Celebrity Big Brother house after cutting her finger while peeling potatoes.

Earlier in the day Big Brother revealed to the house that Gemma had won a special prize, which is a professional blow dry. However, if she choose to take the prize, the house would go without hot water and hair appliances for the rest of the day.

After discussing it with the rest of the housemates, Gemma decided to take the blow dry.

After returning to the house with a new lease of life, she decided the time was right to help out in the kitchen: ​”Alright guys, is there anything you need me to do to help you have a better day?” she asked.​

Christopher Maloney suggested she give him a hand by peeling some spuds, but clearly still giddy from the blow dry, she managed to cut her finger “through to the bone”.

After seeing a medic in the Diary Room, they sent Gemma to hospital to get stitches for her wound, before returning to the house later in the evening.