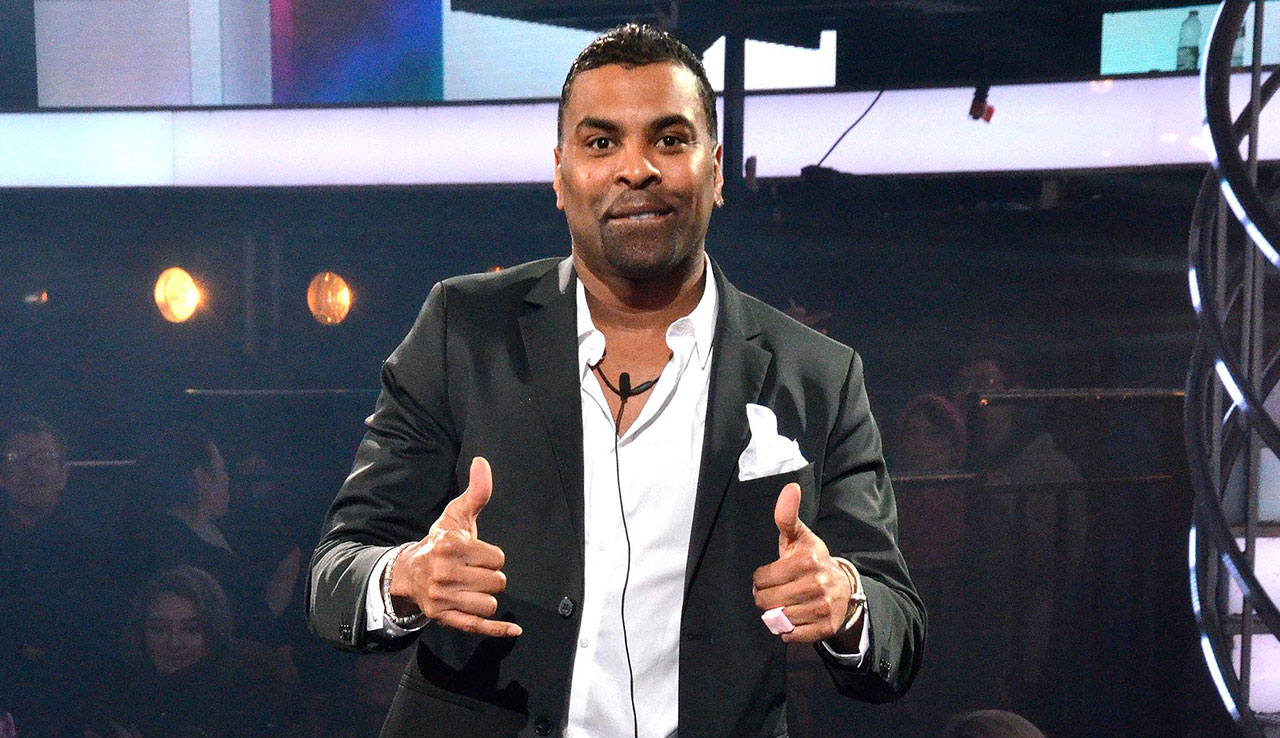 Ginuwine has become the FIFTH housemate to be evicted from the Celebrity Big Brother 2018 house.

After saying goodbye to his fellow housemates, Ginuwine was greeted to cheers from the crowd.
Emma asked Ginuwine how it felt to be out of the house: “I had a wonderful time. It was something I never expected to even get this far. Thank you guys. I really had a great time.”
On Ashley, Ginuwine told Emma: “She’s a beautiful young lady. We really clicked.” He then continued, “I think it was what it was on the show and I’m wanting to see what it will be after. It was definitely a genuine connection. No pun intended. I’m definitely going to talk to her after she gets out.”
Prior to Ginuwine’s eviction, Emma caught up with back door evictee, and the fourth housemate to leave the Celebrity Big Brother house, John.
Emma asked John how it felt to leave via the back door: “I preferred it. I like to just keep out of the way, I’m glad it happened the way it did.”
John spoke to Emma about his comments to Andrew and Shane: “Throughout the programme, we have all been teasing Andrew and Shane. I’ve been talking to Shane a lot about homosexuality and about the relationship and why maybe straight men feel a particular way. So I have in no way shamed Andrew. We have all been laughing and joking.”
Emma asked who John thinks is playing the biggest game: “Ashley is playing the biggest game.”
In this article:Ginuwine