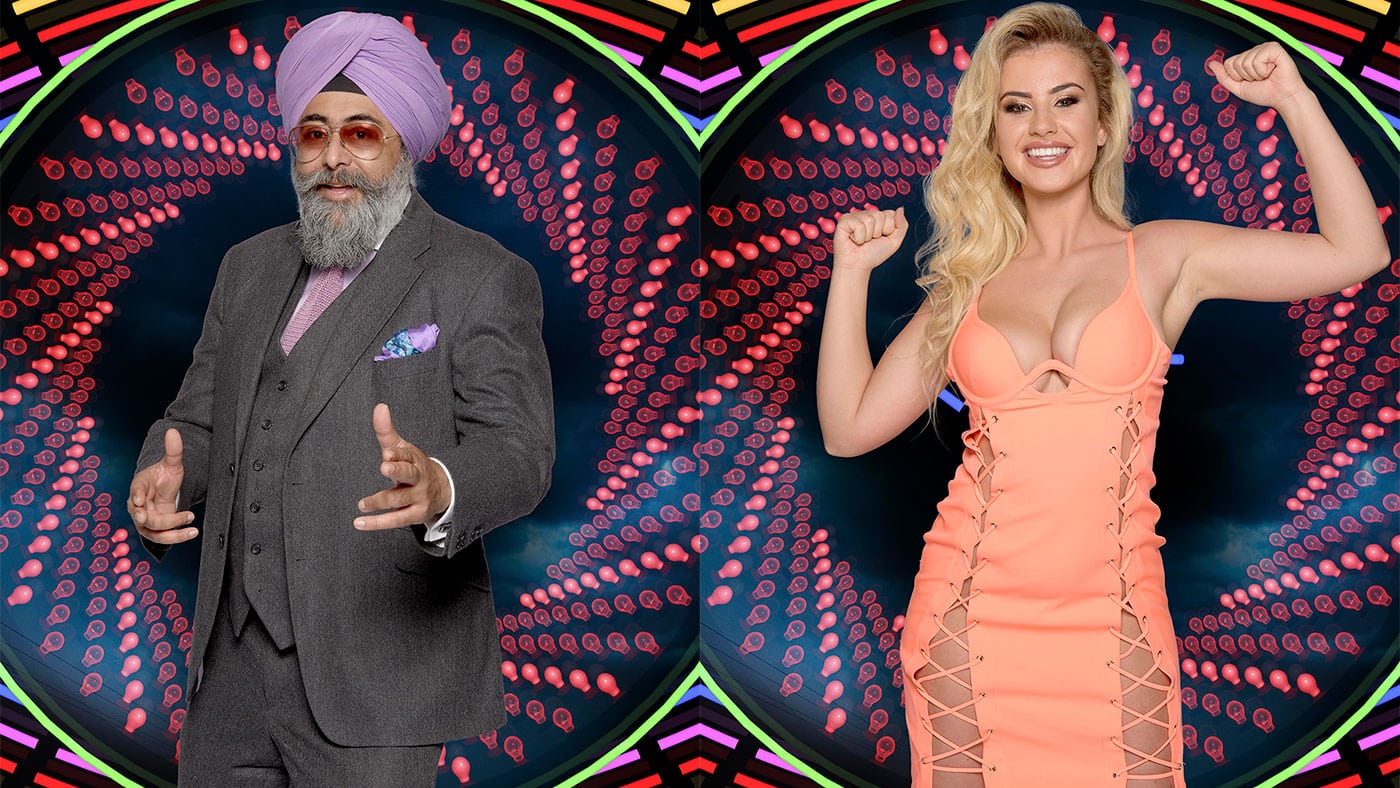 Hardeep Singh Kohli and Chloe Ayling have been nominated for eviction by their fellow housemates in tonights Celebrity Big Brother.

Housemates were gathered in the lounge to make their nominations, and were called to the Diary Room in alphabetical order.

Here’s how the voting played out:-

Chloe voted for Nick because they don’t “conversate” and Hardeep because he snores and passes gas in public.

Dan voted for Chloe for being too “quiet around the house” and Ryan for “acting up to the cameras”.

Gabby voted for Hardeep for being “defensive” and Roxanne because she “gets on quite a few peoples’ nerves”.

Hardeep voted for Chloe for not being “a team player” and Roxanne because there’s “a narcissism about her”.

Jermaine voted for Nick for not getting involved with the group and Hardeep for being too “short-tempered”.

Kirstievoted for Hardeep for being “rude and annoying” and Chloe because she “needs to learn that being beautiful and fun isn’t all there is”.

Nick voted for Roxanne for “trying too hard” and Chloe for not picking up after herself.

Roxanne voted for Hardeep for crossing the line by mocking her relationship and Ryan for not warming to her.

Ryan voted for Chloe for putting herself first before the rest of the house and Roxanne for playing up for the camera.

Sally voted for Hardeep for waking her up with his snoring and Chloe for not cleaning up.

With the most nominations, Hardeep and Chloe will face off in Tuesday’s (28th August) live eviction on Channel 5.