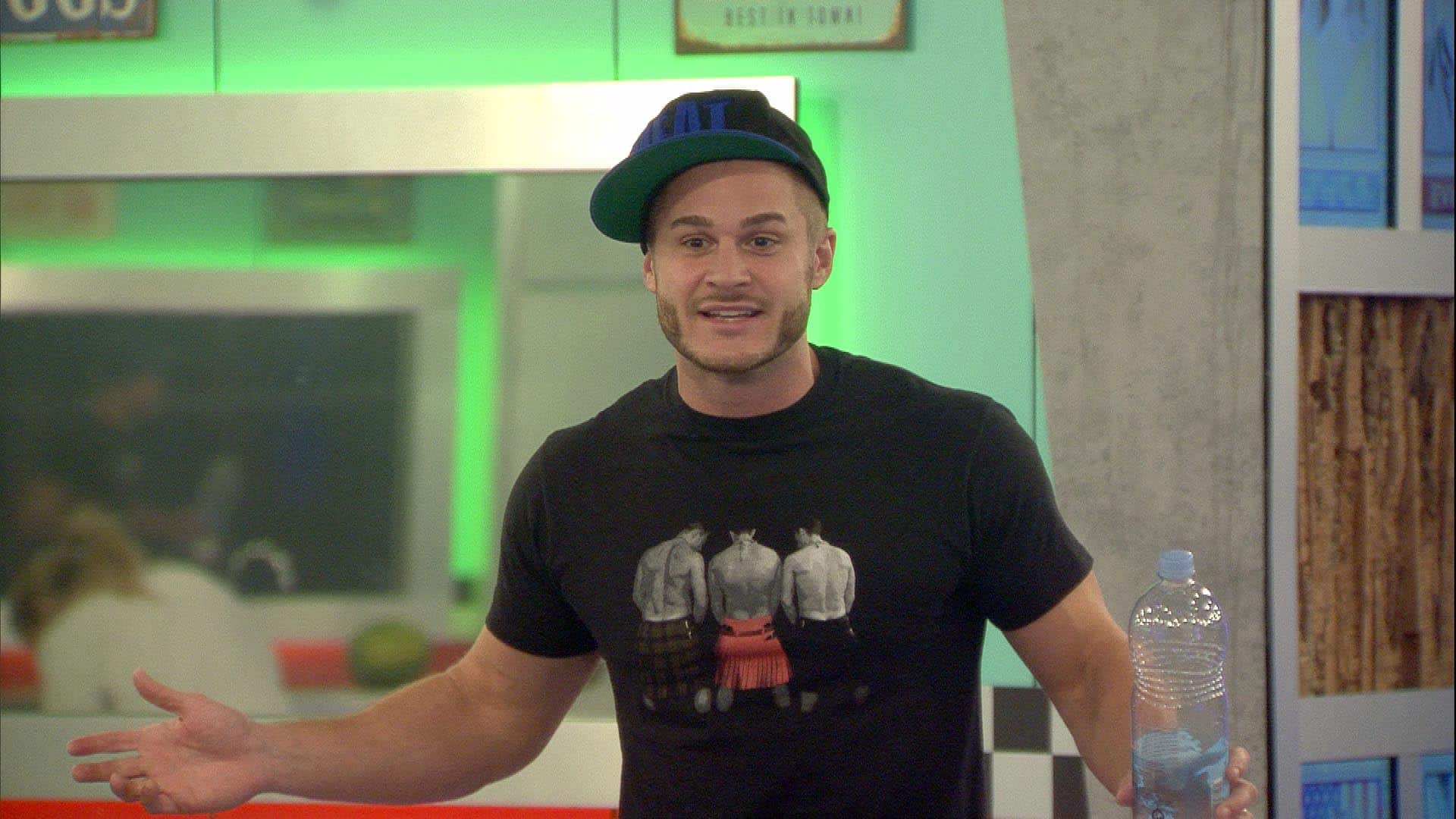 Up until a week ago I would have argued long and hard for another American to win Celebrity Big Brother but this past week has proved to be a pivotal one for the Anglophile Yank Austin Armacost. He has behaved appallingly to his fellow housemates all week and in my humble opinion blown his chance of taking the crown come Friday night. Indeed his antics have proven to be so bad that I sincerely think that his place in the house after tonight’s double eviction is seriously in doubt.

His budding friendship with true Brit James has been a pleasure to watch in amongst all the arguments. The way that James a heterosexual man has rebuffed the good natured banter and man love being offered albeit with tongue firmly in cheek by Austin has been fun to watch but Austin has in recent days gone badly off the rails. He has been blinded to the help being offered by an assortment of the British contingent. James along with Bobby, Natasha and Sherrie have all offered him a shoulder to lean on at times but he has for some inexplicable reason sought only to attack them for their kindnesses. Weird behaviour. Why fight back against those who care for you?

It is not the only answer but surely it can’t have gone unnoticed that this new aggressive side of Austin has really come to the fore after the eviction of Farrah. His decision to team up with Jenna was a bad move. She seeks to nudge and goad people she talks with into taking action against others whilst sitting back and then keeping quiet as things kick off. Austin had in recent days acted like an uncorked bottle of champagne waiting to explode and last night we finally saw him unleashed – and it wasn’t a pretty sight. Let’s face facts a lot of the things that he said about Janice are factually correct. She is in the game to win it. She is the Queen of Reality TV having appeared in lots of programmes of this type. But is she wrong to want to win? No. Is she wrong to use her experience to get further in Big Brother? Hell, no. And if Austin is too dim to see this is that her fault? Again no. Yes Janice is a precious character, I suspect she hasn’t actually needed to do an awful lot of the more menial things in life herself but has employed or cajoled others to do them for her. Yes she does live on Planet Janice and yes her treatment of Chloe and Stevi is probably for the cameras and her own gain in the competition. But none of this behaviour allows for Austin to launch a vile foul mouthed attack on her. He was and should always be ashamed of his behaviour. And this is the crucial point here. The British public will put up with a lot but they will not tolerate watching a 27 year old man launching a verbal attack on a 60 year old lady and an attack containing what to many people is the most offensive word in the English language – the C word. There is NEVER an excuse to use that word in anger against anyone else. Language that might be acceptable in the pub or bar whilst amongst mates in not acceptable whilst attacking a lady.

Austin has without doubt got some psychological problems. Which is quite understandable given his situation but that is no excuse for the verbal attacks on Janice. Even if Janice is a wind up merchant, even if her own language is appalling, even if she is a self centred and selfish lady it does not excuse Austin. What is also a shame is that he turns on his friends while angry at Janice. For him to continue his ranting and raving at others who have done no wrong but seek to calm him down is wrong. He has obviously been through the wringer in recent years with his brother dying and his Mum facing jail time but how is that James’ fault? How is that Natasha’s fault? Why lash out at them? James to his credit has handled himself well in his time in the house. He has sought to find out about his fellow housemates, tried to make friends with the more odious of housemates like Farrah, when many have understandably given up. Austin can and I hope will in the future learn a lot about life and how to handle your temper from James.

As for tonight’s evictions, well I suspect that Austin will just about hold on to his place in the house. I expect Jenna to be a nailed on cert to leave the house and one other from Bobby or Janice. If I was having a sneaky bet then it would be on Janice as well as I like to think that a British public will seek to keep a good guy like Bobby in the competition and allow him the privilege of making the final night.