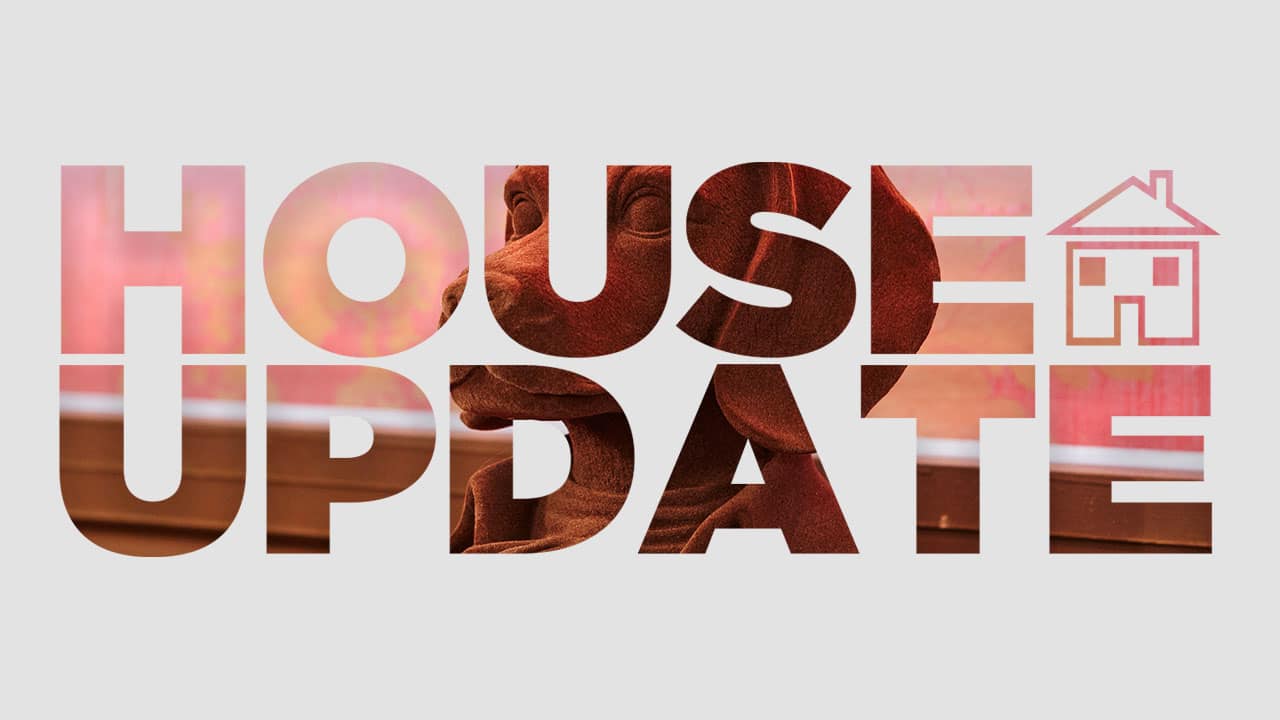 It’s been an eventful few days in the Celebrity Big Brother house.

Below are some highlights and quotes from tonight’s show:

It’s Day 4 and housemates are waking up on the morning of the first eviction. Tonight Kristina, Nancy or Winston will leave the house. Despite this, John declares “today’s a whole new day; I’m feeling really good about it.”

Jeremy is cuddling Stephanie in bed, “I love giving a little cuddle in the morning like.”

David quizzes Megan about sharing a bed with Scotty T for the first time last night. She tells him “we had a hug this morning” to which he replies “did your toes touch?” She laughs.

Winston comes to the Diary Room to tell Big Brother that “the people in this house believe that I’m a people hater, it does hurt to a certain extent.”

Darren recalls a tale to David, John and Angie about an evening he spent in Barbados with Ronnie Wood and his family. He says that Ronnie told them about a frog “somewhere in the world that if you lick its back you get high” before finding some and “we started picking these frogs up and licking their backs.”

Talking about tonight’s eviction, Gemma jokes to Winston “how are you feeling about your last day in the house Winston?” He replies, “how the hell do you know that?” and Tiffany chips in “that’s really f*cked up.” Gemma reassures them both that “it’s a bit of banter.”

Winston reveals that Gemma made him cry following the task yesterday, but Gemma comes back by saying “oh shut up Winston, you can’t have a strong view like that and not expect people to have an opinion on it.”

Big Brother asks David what the atmosphere in the house is like, “I think there was such tenseness last night after the task. That comment from Winston is against everything I stand for. Everybody should be entitled to adopt children, to be who they are.” He finishes by telling Big Brother “I won’t be mean, because there’s no reason to be mean, but I do not respect him.”

Jonathan tries to give Gemma some fashion advice by suggesting “do you think you should be wearing pink?” She explains that pink makes her happy before modelling some of her favourite outfits. Jonathan concludes “don’t ever wear that again, it looks like a Mexican hit a car on his way to a fiesta” and “that is a horrifying mess” before revealing “do you know what I used to say to Kim, would Victoria Beckham ever do that?”

Winston gathers most of the housemates in the living room for a meeting to give him the opportunity to finish defending his comments from the task yesterday and then opens it out to the group for questions. John stands up and declares “I don’t want to be rude but I’m going to exit stage left. I appreciate what you’ve had to say, I don’t have any questions.” The majority of housemates follow him, but Gemma, Danniella, Nancy, Kristina, Megan, Darren and Jonathan remain to hear from Winston that “the statement I made was in fact true.”

John explains that he left the living room as “we look like idiots that we’re even acknowledging it.”

Jeremy is tickling Stephanie in bed, which prompts David to make a joke about her boyfriend outside the house.

Stephanie gets up to leave the bedroom and tells David “it’s not funny though, it’s hard enough being in here without him anyway.” David apologies and hugs her.

Jeremy comforts Stephanie, who is crying in the toilet. She says “we’re not even doing anything wrong…I’m missing him and if he’s [David] saying that I don’t want it to come across like that. I would hate to get out and him not be there and not just that I would never want to mug him off.”

Gemma and Danniella bond in the garden, with Gemma telling Danniella “you’ve massively surprised me, do you know that?” When Danniella asks why, Gemma explains “I just can’t believe how very different you are” before going on to say “I really thought that Dan would be having weak moments, she was going to be all over the place.”

The housemates gather in the living room for tonight’s eviction. Up for eviction are Kristina, Nancy and Winston. Emma Willis reveals that the housemate with the most votes and therefore safe is Kristina.

Big Brother then reveals a twist that the housemates must decide who is evicted between Nancy and Winston. All of the housemates, except Jeremy, choose to evict Winston.

Winston leaves the Big Brother house to boos from the crowd.

Jeremy and Stephanie are discussing Nancy in the garden. Stephanie says “whether we’re liked or hated for how we feel about Nancy I don’t care, I’m sticking with it. I think she’s a rude, A* celebrity thinking she’s better than everyone else.” Christopher joins the pair and Jeremy tells him “it’s going to blow between me and Nancy.”

Scotty T tries his luck with Megan, but she isn’t having any of it, “no, go to bed.”

There is a tearful moment from John when he gets emotional about the Winston situation.