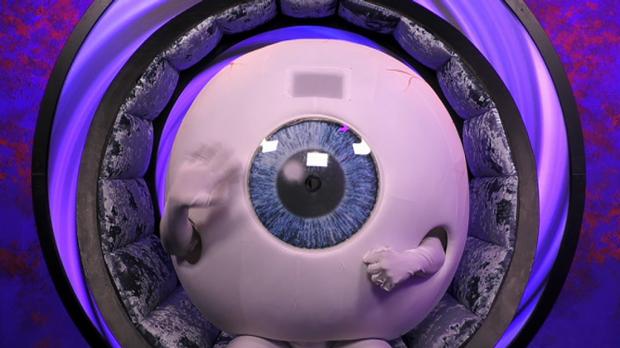 The collective groan at the mention of “app” and “poll” in the same sentence was audible. However, fear not – all is not as it seems!

This week’s shopping task is set to hit the house this weekend, and Big Brother is putting viewers in control of whether they pass or fail.

The celebrities will be visited by The Public Eye, a mysterious figure who will set them a series of challenges designed to provoke a certain response from the viewing public. For example, they might be tasked with making viewers feel entertained, or shocked, or amused. Housemates will then perform their task, and that’s where we come in.

Big Brother will be uploading the videos of these tasks as they happen throughout Saturday and Sunday. Viewers can watch the videos across the various social channels. Once viewers have watched the footage, you will then be asked to let Big Brother know how it made you feel by voting on the accompanying poll via the polls page on the website or the app.

If at least 50% of viewers register the desired reaction, the housemate will pass that part of the task. If not, they’ll fail. As a group, the housemates will need to pass a pre-determined number of tasks in order to pass the overall task.

However, in a twist to proceedings, it’s been announced that as punishment for Jermaine and Chloe communicating in secret – housemates have already failed the task – and will not be informed until the task is over. If housemates “pass” they will receive a basic shopping budget, if they “fail” they’ll have to survive on basic rations – think rice and chick peas!

Stick with Big Blagger to find out how they get on.