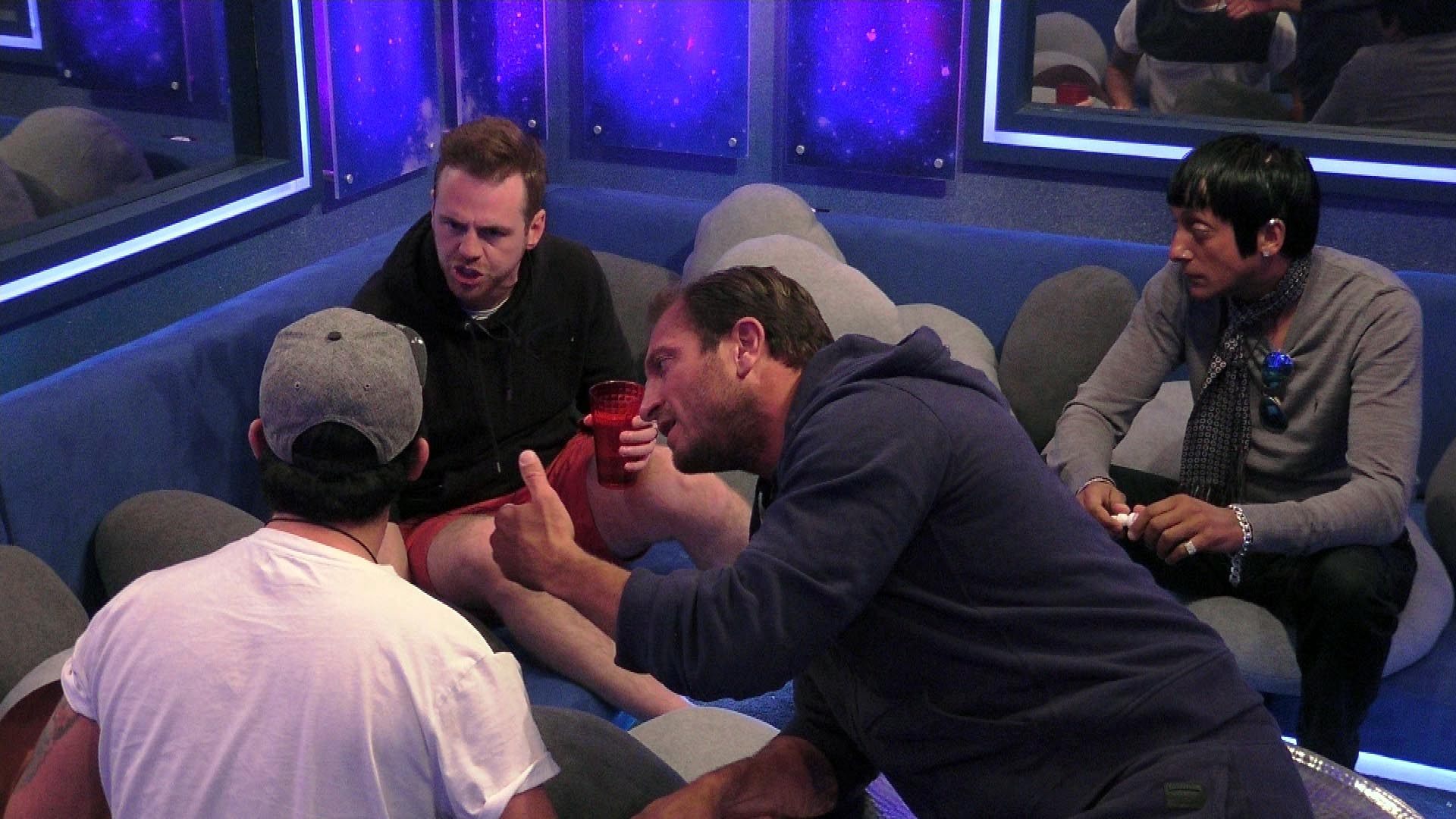 Andy gets upset with Hughie & Ryan tonight, after they appear to make fun of his engagement to partner Ed.

In the garden, Hughie and Ryan are pranking some of their housemates, Ryan announces; “This sounds really bizarre but he’s actually proposed to me!” The pair kiss and housemates question their news.

Andy remarks; “If they are being serious then good luck to them! It’s a very serious commitment, do you think you should spend time outside of the house?”

Andy gets up and heads to the bedroom. He tells Jackson; “Anyone can get engaged at anytime they want to, that’s important. But when I think about the people who have fought for generations to do what they’ve just done. You have to mean it, be sincere. You don’t just say it! Sorry….I swear if they are taking the f**king p*ss I will lose my temper!”

In the garden, Laura advises housemates not to take Hughie and Ryan seriously while Andy states; “They should not joke and not make a mockery of what people have fought for generations for. It’s not about me.” Andy gets up and heads to the pod. Ryan and Hughie are shocked by Andy’s reaction.

In the pod, Hughie asks to speak to Andy. Andy tells him; “My point of view. People say it’s a joke but I’m saying if it’s a joke it’s sick. You should be ashamed of yourself.” The pair starts to argue. Hughie comments that Andy is trying to ‘twist this’ and ‘how is this sick?’ Jackson calms Hughie down.

Andy is upset in the diary room; “I’ve let this get to me. It does really matter. My ring represents all of the people who’ve wanted to wear this ring before, and all of the people who want to wear it now, and they weren’t or not allowed, and that’s why two boys playing a prank matters.”

In the living area, Andy clarifies to Hughie that he didn’t mean he ‘was sick’ and it was too strong, however he was offended.   Hughie explains to Andy; “Me and Ryan would never joke about a huge thing like that, that we are a part of. We had a joke and I’m sorry you’re upset about it.”

Andy is alone in the smoking area, he whispers to himself; “Why can’t you keep you mouth shut sometimes…”