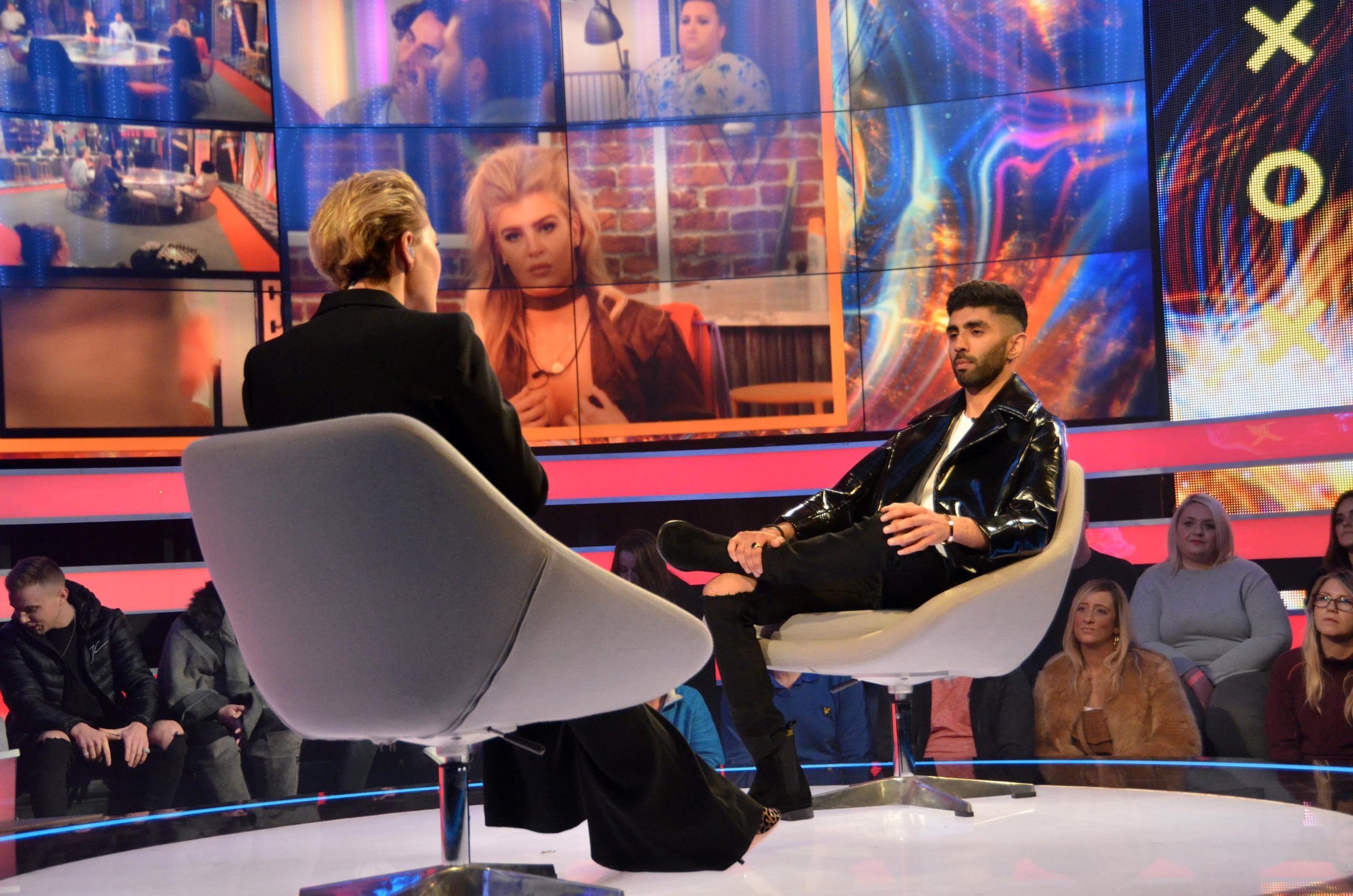 Hussain has become the 5th person to be evicted from the Big Brother house.

After Emma announced the result, Hussain left the House to resounding boos from the crowd. Speaking to Emma, he said: “I have gone and messed it up haven’t I? I knew it was going to be me as I was causing a stir and  the big characters have gone before, I see myself as a big character and it is what it is.”

Asked whether he aimed to cause drama and disrupt the house, Hussain revealed: ‘I was in there for one thing and one thing only, the hundred grand!’

Speaking about his feud with Lewis, he said: “Basically, from the moment I walked in, he was very off, very suspicious of me.”

Zoe had to be restrained by her fellow housemates as things became heated very quickly.

Hussain wasn’t the only housemate to leave this evening, with fellow newbie Isabella leaving shortly after following a surprise double eviction.