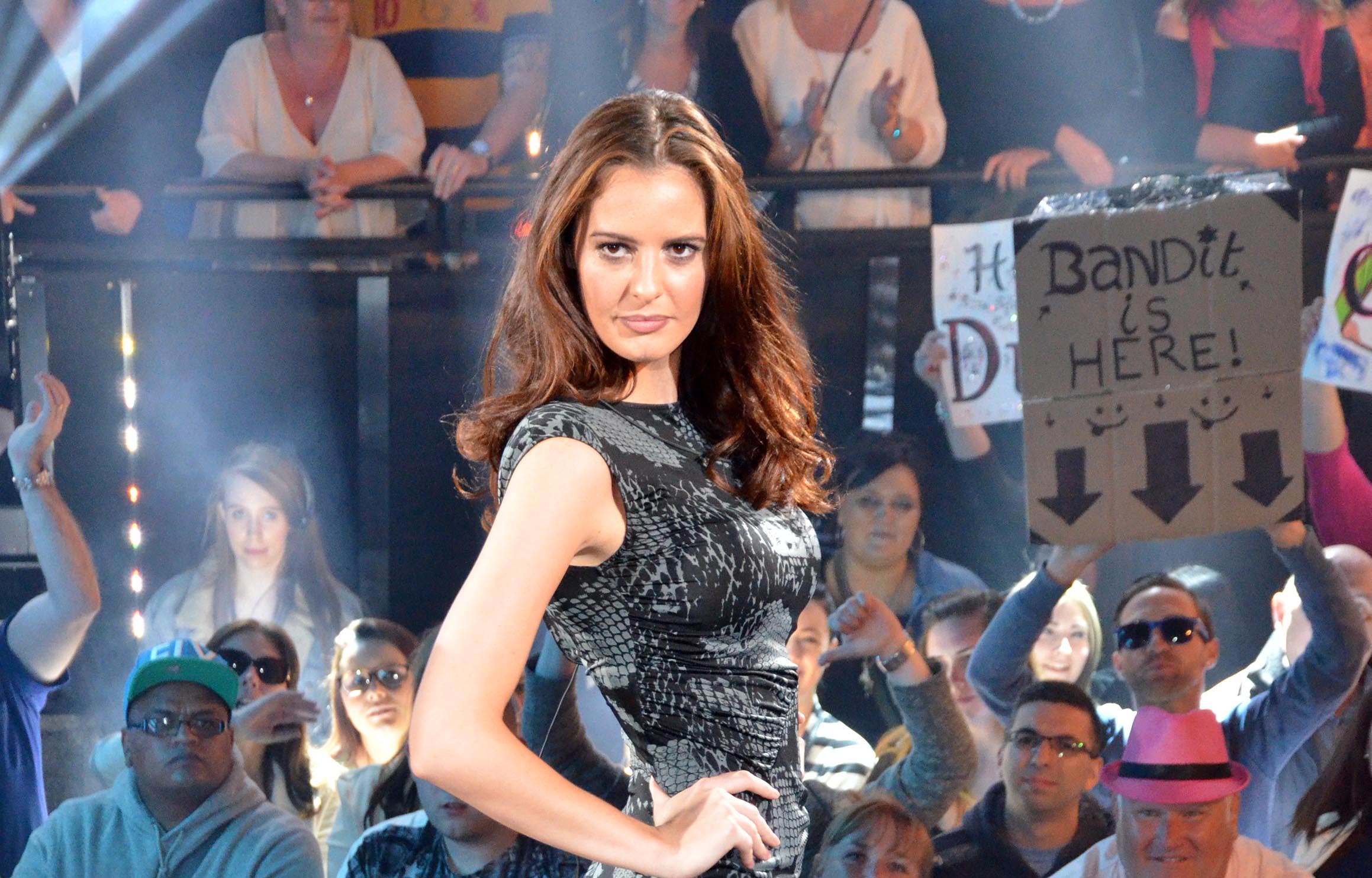 Earlier this week, the Time Warp Housemates, Nikki, Brian, Helen and Marc were tasked with deciding which Housemates should face eviction this Friday. The public has been voting to decide whether Harry, Chloe, Cristian or Jade should be the eighth Housemate to be publicly evicted from the Big Brother House. During tonight’s 9pm Channel 5 programme, EMMA WILLIS announced live to the House that the next person to leave would be JADE.

Following the announcement, Jade had 30 seconds to say her goodbyes and left the house to be greeted by Emma and a mixed crowd.

Emma spoke with Jade following her eviction and asked her how it felt to be there. Jade said “I knew I was going, I could feel it all day and I could tell.”

Emma went on to observe that Jade wasn’t happy when she was nominated “I was OK with being nominated but I wasn’t happy for the reason and Cristian piping up. Nikki is my favourite housemate of all time and I was upset that she called me a bed hopper. We have made up but it did bother me as it wasn’t true!”

“At the end of the day I am a single girl and I am very flirty, Nick is like my brother and I loved him. There were crossed wires in the first week but we sorted it. It wasn’t fair and I didn’t feel like that at all towards him” Emma agreed and said that Jade had been straight with him.

Jade went on to say. “The only way Harry would have put me off was in a sexual way but because I didn’t think of Nick like that I didn’t feel like that about her and I actually like Harry”

Emma went on to ask Jade about Brian Bellow “I just think he is beautiful and when you are in that house your soul gets rewound and I don’t want to reject anything that feels right. I hope something happens on the outside as I like him and he likes me.”

Jade commented on Marc, “Marc came into the house and suggested things that weren’t true but we cleared things up very quickly. I like the real Marc but he can be an a***hole, I take him with a pinch of salt. We are Irish and we like the banter.”

Jade went on to say that Cristian shouldn’t be on the show as he has been acting fake and she didn’t like it.

After Emma asked her who she thought would win Jade said straight away “Nick is the winner. without a shadow of a doubt is the winner.”

Towards the end of the interview Emma announced to Jade that they had a last opportunity to talk to the House and kick off the nominations by selecting the first person she would like to face eviction.

Whilst they were deliberating Emma turned back to the House to allow Big Brother to make an important announcement. Big Brother announced that the legends, Brian, Nikki and Helen would be staying until further notice.

As the show came to an end Big Brother announced that Cristian would have the opportunity to nominate someone else shortly in this week’s game of nomination tag.

Big Brother returns tomorrow at 10pm on Channel 5. Emma will be back next Friday at 9pm for the next eviction.