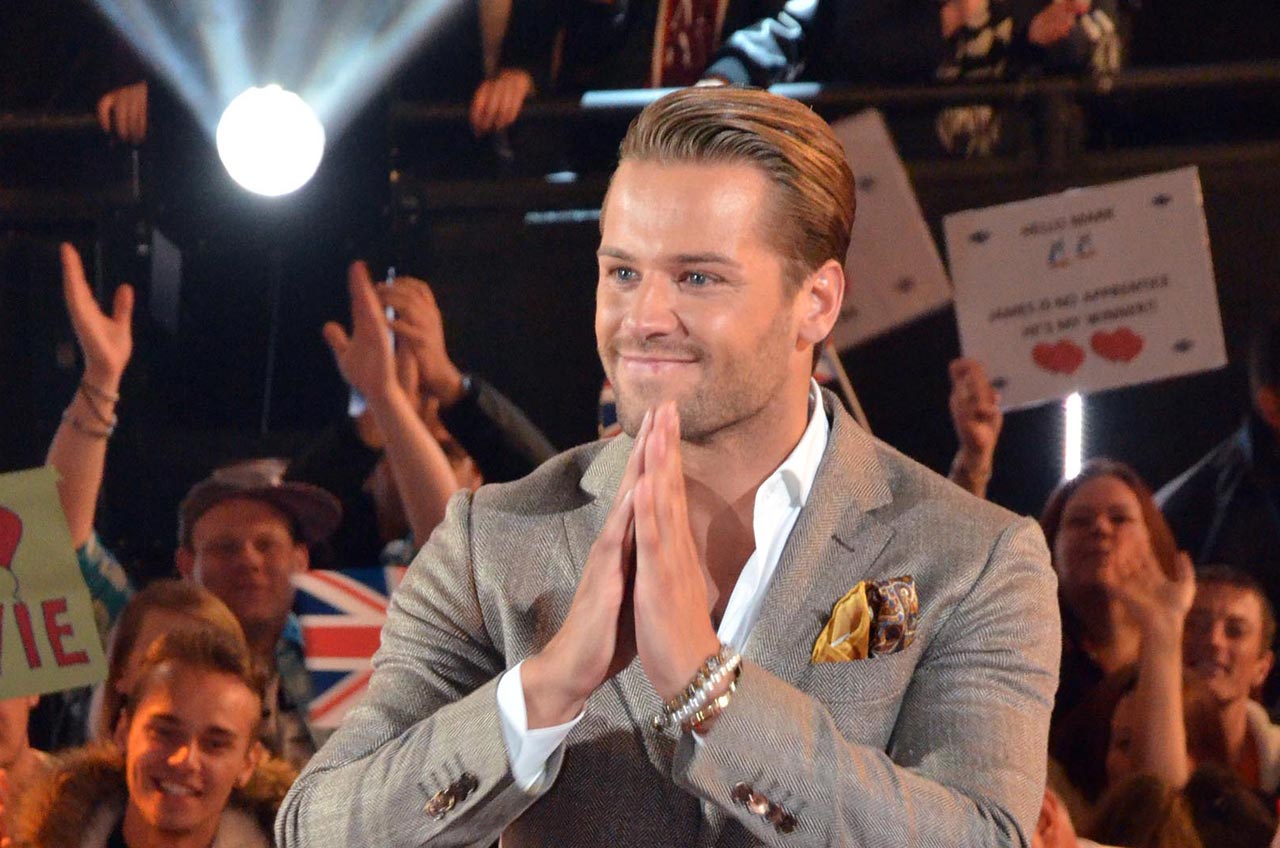 James Hill has WON Celebrity Big Brother Summer 2015 with 45% of the vote.

On hearing the news, James and runner up, AUSTIN ARMACOST congratulated each other and hugged as Austin walked out the house. Austin left the house to cheers from the awaiting audience and hugged Emma.

As James began to exit the house, the new Celebrity Big Brother winner said, “thank you… I’ve got goose-pimples right now.”  He immediately flirted with Emma, telling her “you look fabulous.”

On winning the series, he said: “I can’t believe it. To walk up those stairs alone…there have been so many big personalities, big stars…”

When asked why he thinks he was the winner, he responded, “no idea, I’ve tried to be myself…put other people’s feelings ahead of my own….I didn’t have a strategy…I went with my heart and my gut. We have to realise when you go in, you don’t go in to make friends but it happens naturally. I got close to people there who I hope to be friends with for the rest of my life.”

James reflected on his friendship with Austin, calling him a “total legend,” adding that their relationship was “outrageous. I’m a loner and to have someone in that house to lean on. We had such a great time.” He revealed his thoughts on remaining friends with Austinoutside the house: “I hope so…he’s a great guy…he’s inspirational…how amazing what he did for Gail. He’s got a massive heart.”

Emma asked him to explain why he told Austin ‘we don’t really know each other,’ to which he responded: “I didn’t meant to hurt his feelings. To get to know someone takes time. In three weeks you don’t know people very well.”

He admitted he didn’t nominate him as a tactic to remove his strongest competition: “Never. I even forgot the end result. As much as I loved him…the way he had carried on wasn’t right…I tried to sit down and sort it out. It would have been the wrong thing to do not to [nominate him].”

When asked how he managed to keep his cool in the house, he said: “I’m just a quiet person. I just started listening…you don’t get results shouting the loudest…there’s nothing wrong with differences…its hard living with fourteen people that you don’t know. I could nit-pick on all sorts of things…end up arguing over a boiled egg…I thought I’d just let them get on with it.”

James ended his interview addressing the British public, “Thank you so much. Thank you everybody.”