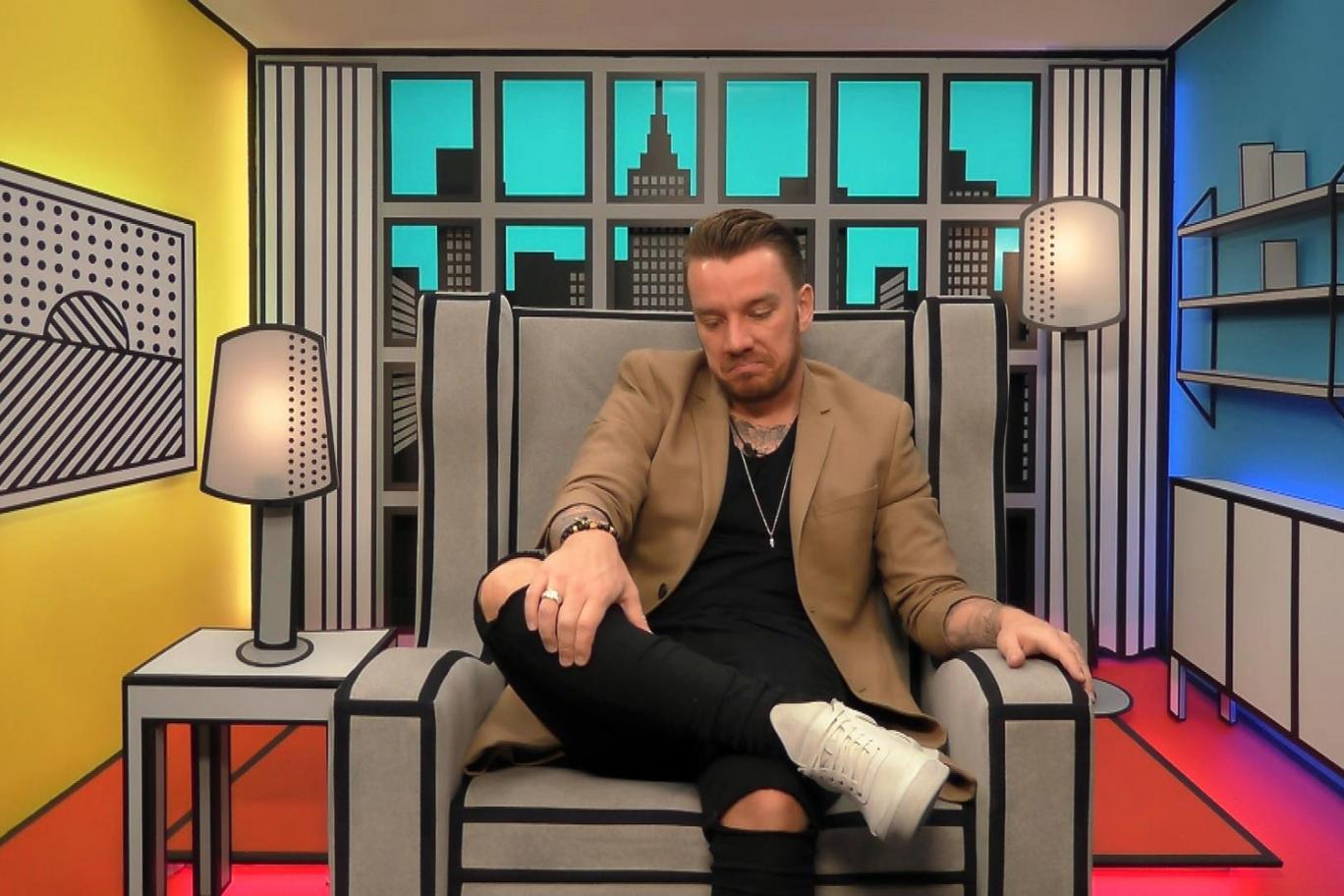 Jamie O’Hara has become the latest housemate to be evicted from the Celebrity Big Brother house!

Jamie left the house yesterday via the backdoor following the climax of the Final Judgement task.

All housemates were gathered in the court where they had previously been cross examined by a panel of former housemates including John McCririck and Luisa Zissman.

Overseeing proceedings, Judge Vanessa Feltz summoned Jamie to the dock where he was handcuffed by Big Brother’s “police officers” and informed that he had received the fewest votes to save and was therefore to be immediately evicted from the house.

Reacting to the sudden departure, many of the housemates were quick to suggest he was still in the house in a secret room. However, in a subsequent diary room conversation, Big Brother confirmed to Bianca that Jamie had been evicted and that his suitcases would be delivered shortly for housemates to pack his belongings.

We’re close the final but one more housemate will fall at the final hurdle! Tune in to Channel 5/3e tomorrow at 9pm to find out who that will be as Emma Willis presents the final live eviction of the series!