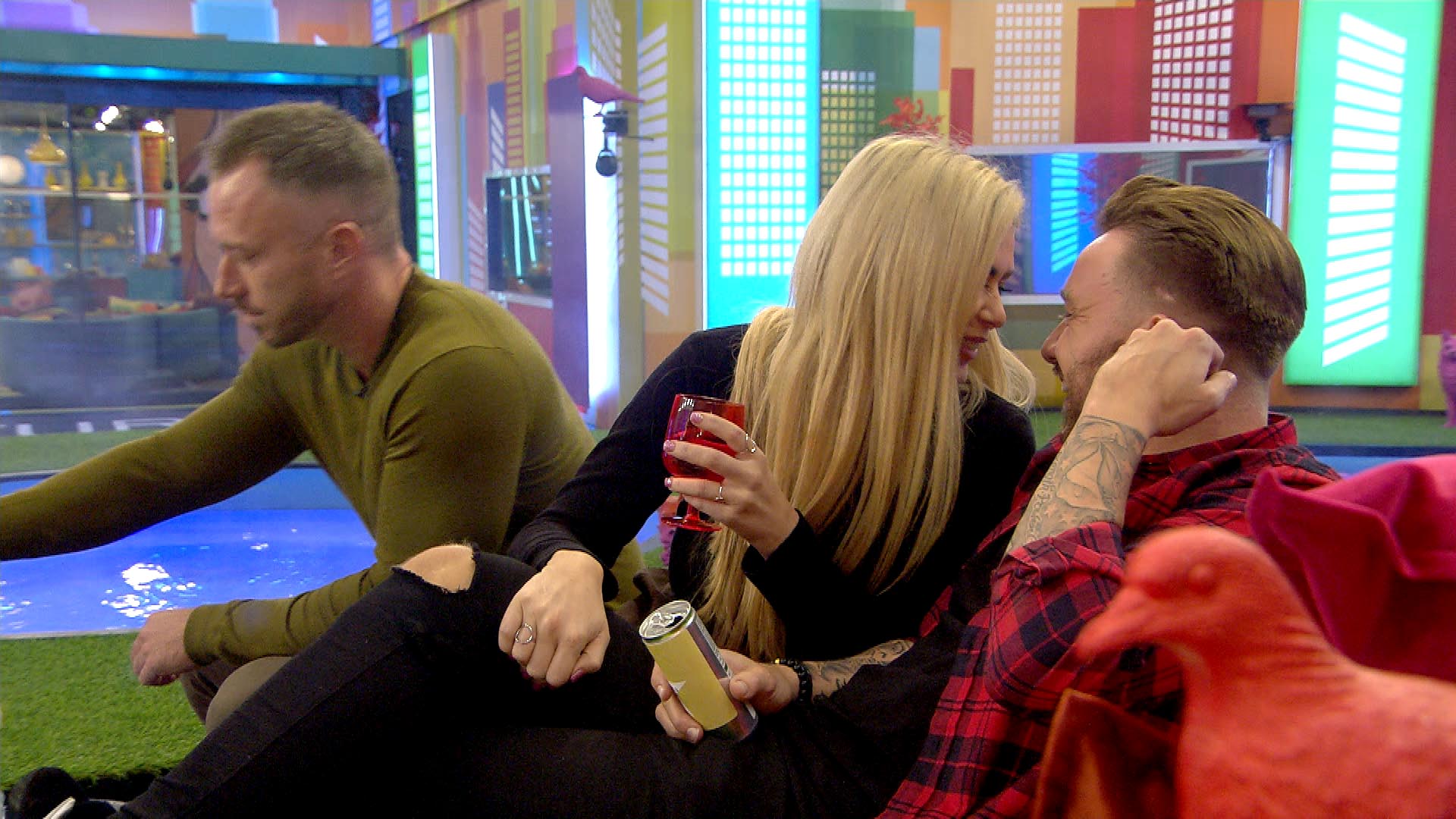 On tonight’s show: Housemates nominate for the first time, Coleen and Calum have an honest talk, Stacy is upset at being nominated and Jamie and Nicola express their love for each other.

Today, Housemates will have to nominate for the first time.

Nominations are taking place; ‘Edited Out’ Housemates Stacy, Bianca, Brandon and Ray J, have lost the power of nomination, James C received the Killer Nomination so automatically faces the public vote, therefore he cannot be nominated. New arrivals Jedward are immune from nomination.

Some of the housemates are talking to Jasmine about how she flirts with some of the men in the house. Jasmine tells them that she would rather have “fun” in the house than “worry about what everyone is thinking” about her.

Jedward and Stacy are in the Living Area playing with the cushions. Edward throws his orange peel out of sight and some of the Housemates are watching from the bedroom. Nicola is annoyed. Calum says: “I don’t think they realise they’re doing anything wrong.” Nicola heads into the Living Area and realises Edward was throwing the peel on the out of view table. “Were you gonna imply that Edward was throwing food around? mocks John as he hugs Nicola.

Angie is in the Snug for silent meditation and John joins her. “You’re on an island, surrounded by water, there are dolphins, one called John and one called Edward.” Angie breaks concentration.

Coleen and James C are in the Garden discussing the house dynamics. James C says although the experience has been “enlightening” and this isn’t his usual “social mix,” he finds some of his fellow Housemates “incredibly self-obsessed.” James C is worried about his career prospects after being in the house. “This doesn’t take away from you being a fantastic actor,” Coleen reassures.

Stacy is in the kitchen discussing the love of her life, “Wesley Snipes.” She tells them that they met while she was a backing singer for Chaka Khan and had an intense yearlong relationship. “Then it was like I didn’t exist,” which is why she is now quite guarded in relationships. She tells the girls that he had the “biggest penis I have seen in my life, ever.”

Housemates have been gathered for the results of this week’s nominations. Stacy is one of several Housemates to be nominated.

Austin and Bianca are in the kitchen. He says her name and Bianca says she won’t answer unless he gets her name right, “Bianca not Be-yunka.” Austin gets up close and yells “Bianca, not Be-yunka, Bianca,” and says that’s why he would prefer to call her Bea.

Stacy is in the Diary Room talking about her nomination. She thinks that Jasmine may have nominated her as she now feels a “weird energy” around her. Stacy says she feels “disappointed” in herself for “maybe not playing the game” properly.” She says that although she “may be loud,” does this mean she now has to “hold back,” or “be judged.”

In the bedroom, Stacy is still dealing with being nominated. Austin tells her that his biggest problem is that she seems to be “up Ray’s a**.” Stacy explains that they are friends but Austin continues: “There are times when you’re very loud and people are like, ‘f**king hell.’”

Most of the Housemates are in the garden. Austin makes his way over to them wearing just his tight underwear leaving little to the imagination.  He does a little dance before telling them he thought they were meant to be having a Hot Tub party, “stop being bitches.” Calum says that Austin has a great physique, adding: “If I was gay I’d be all over it.” James J asked how it felt to get more nominations than Speidi, “They’re the most hated Housemates ever and you got more.” Austin yells that he doesn’t “give a f**k,” then leaves the garden. James J tells the Housemates: “I’ll take it for a couple of days and then that’s it.”

Nicola and Jamie are sitting with the Housemates in the smoking area, they gush about their love for each other over a few drinks. Jamie says that he loves Tom” and therefore loves his “missus” adding, “Cos she’s an angel” and says he will “look after” during their time in the house. They share a few pally kisses on the cheek.

In the bedroom, Nicola says she is “so drunk” as she tries to get into bed. Jamie watches from across the room and offers to help then and quips, “You haven’t even got your pyjamas on.” Nicola giggles and hides under her duvet.