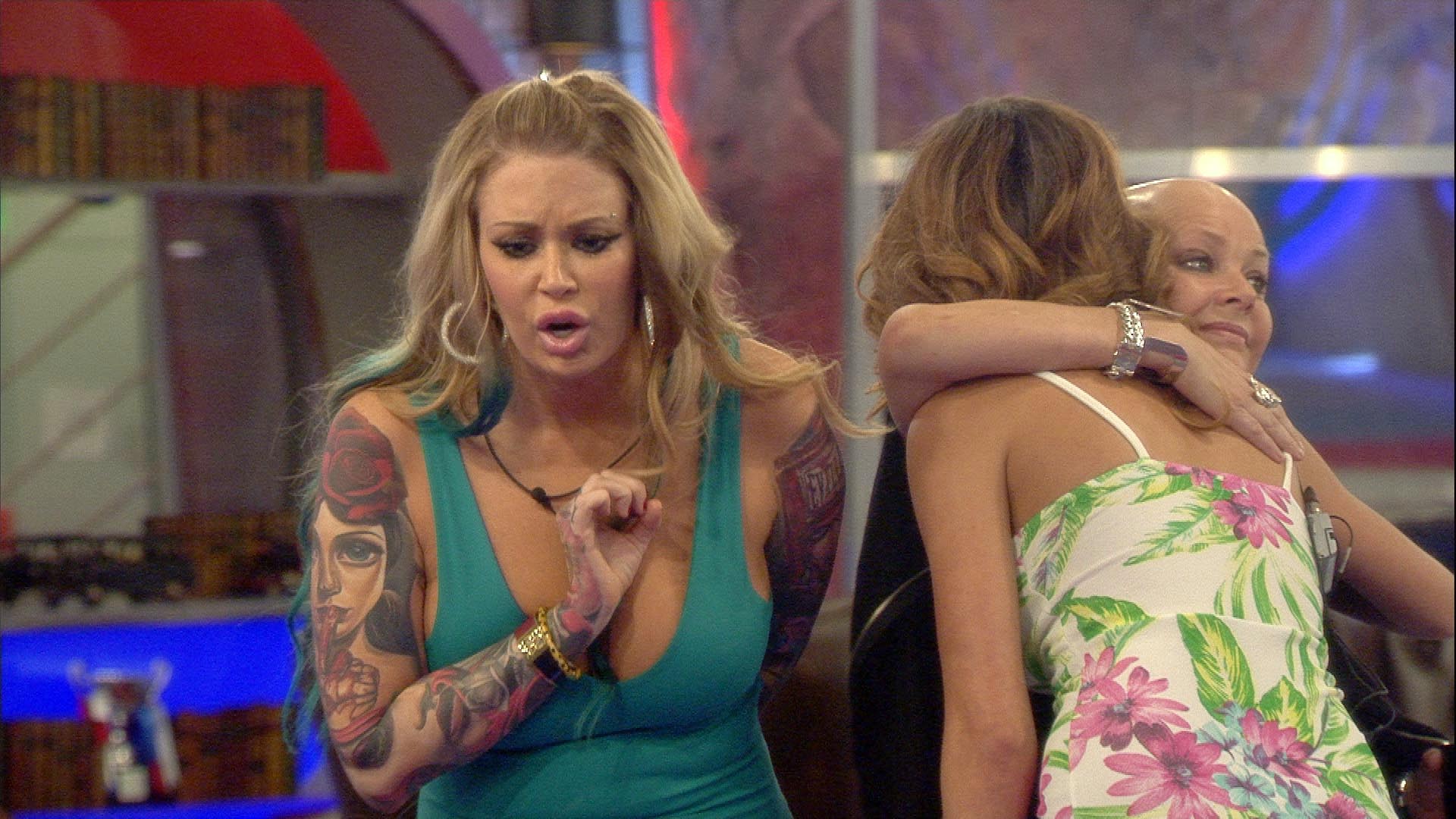 In tonight’s episode of Celebrity Big Brother we get to see the explosive return to the house of the nasty, naughty Americans Jenna and Farrah after their 48 hours spent in isolation in what they believed to be a luxurious pad with uninterrupted views of their treacherous fellow housemates. It, so they believed gave them a superb opportunity to see just how others viewed them and how their behaviour had affected the house.

Looking back to last Tuesday night’s eviction and Emma’s announcement that there was a secret room and there would be a fake double eviction I’ll willing to bet that like me your reaction was one of underwhelming disappointment. We’ve seen that trick far too many times for it to make good TV. However, how wrong were we? I’m the first to criticise the makers of the show when it gets stale and boring but I have to give credit where it is due and applaud the fact that these last few days have provided some wonderfully crafted entertainment. To turn the eviction back on the pair that went into the secret house has been a joy and the fact that Jenna and Farrah were chosen to inhabit the secret room was just perfection personified. Hopefully this was as the result of a fair vote but if it wasn’t then it was certainly the correct decision to make it so.

In a delicious twist of irony the troublesome duo have played right into Big Brothers hands and provided some superb sound bites with their bile filled rants at the remaining housemates. Of course what they didn’t know was that these rants would be played back to those same housemates that they were castigating so enthusiastically. One thing to learn from this is – “never trust what Big Brother says!!” It will come back and bite you on the arse – and in Jenna’s case you’ll need a big set of teeth to do that. Big Brother has a big set of teeth. Jenna and Farrah have proved to be the ideal gullible Americans; they have fallen for the twist hook, line and sinker. It has taken very little provocation for them to be prepared to bitch about their fellow housemates and friends with absolutely no sense of humour. For me it’s lovely to see Jenna being the butt of the joke. I’m sure that Bobby Davro would also agree with this given his inspired interpretation of her more than fulsome attributes. I smiled as I recalled Kenny Everett’s superb sketch of Rod Stewart and his ever expanding bottom all those years ago. I’m sure it’s available on YouTube for the uninitiated. I challenge you to watch it without thinking of Jenna now.

Tonight’s episode will show their return to the house. A return which I’m sure they expected to be controlled by them as they ripped into their detractors with carefully chosen barbs of anger. A return that will instantly be ruined as everyone declares to a man or woman that the watched have been able to watch the watchers. What genius. To see Jenna and Farrah hoist by their own petards has been unmisseable television and the next few days will witness a shift in the dynamics of the house as the poor old downtrodden Brits will be able to quote the Americans nastiness back to them with self dignified correctness. By Brits I even include that honorary Brit Austin who has been a credit to his nation with his ability to laugh at himself and with his fellow housemates. One thing this USA v UK experiment has proven is that Americans really don’t have much of a sense of humour. My wife and I spent the other night trying desperately to name Americans who had a great sense of humour and the only ones we managed to name all turned out to be Canadian!! Spooky.

A by product of this fake eviction has been this weeks nomination process which in a superb extra move to annoy the dastardly duo has seen all those that they nominated actually attain immunity. This has enabled the more mundane housemates to face the eviction process scheduled for tomorrow night. With four facing the axe Janice, Gail, Scoop and Stevi/Chloe-Jasmine it should cut a little of the deadwood from the house as we enter the second part of the show. For me the best thing would be to ditch the surely fake couple Stevi and Chloe-Jasmine. Their tiresome shows of affection were wearing thin on day one and now they just seem like actors playing a part and playing it badly. It just can’t be possible that someone can be that obsequious and sycophantic. Their relationship – if genuine – and not just concocted to make them money in the short term is weird to say the least. Marcus Bentley warns us of so many things to look out for before each segment of each episode now surely there should be an extra warning that a bucket is need for the excessive dollops of sweet nothings issued each time this couple make the small screen. I must admit that I never watched them on the X Factor and just assumed that despite this poor showing on CBB they did at least possess great singing voices. Having witnessed their performance on last night’s highlights I can see now why they are so desperate for fame using their “relationship” – it won’t be made from their singing careers. I’m sure they are both lovely people but it’s a pretty bumpy ride watching their snogging shenanigans.

So, onto tonight’s episode and time to settle down for a crackerjack of a nights viewing.