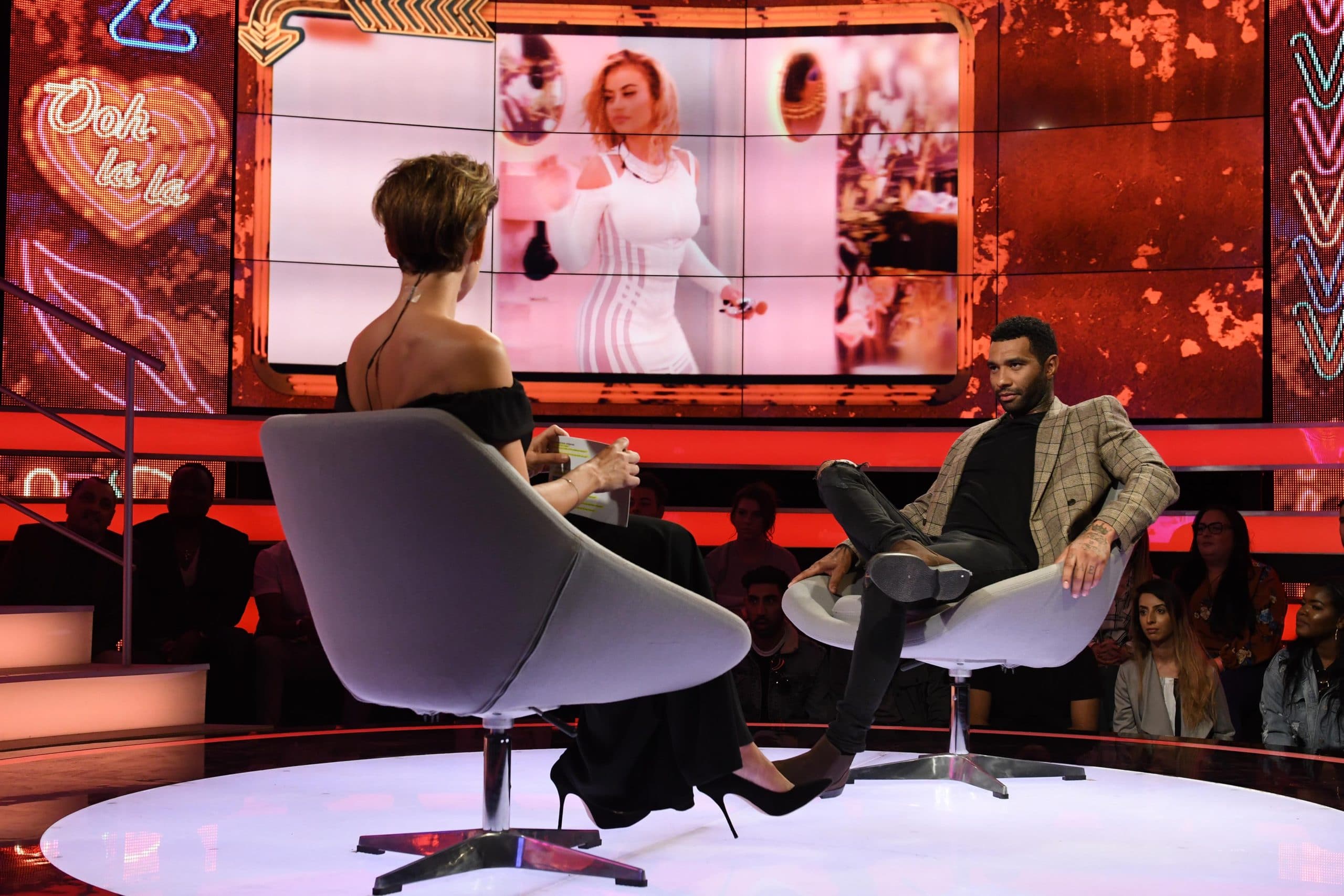 The world may still be reeling from the antics of a certain Miss Roxanne Pallett, however Big Brother waits for no man so tonight was business as usual as Big Brother said goodbye to another housemate…well almost!

In a surprise eviction, Emma Willis went live to the house – much to the amazement of the housemates, who had no idea what was happening – to announced that Jermaine Pennant had received the fewest votes to save and would be leaving the house immediately.

Speaking to Emma, Jermaine revealed the housemates had no idea about the eviction, whilst Emma shared her relief that Hardeep hadn’t been evicted in his pants.

Emma went on to show Jermaine the four nominations he had received from Kirstie, Ryan, Nick and Sally.

Talk very quickly turned to Chloe. Jermaine stated he never thought there was an issue. Emma brought up the fact that he had used the word “Banter” a lot to excuse his behaviour regarding Chloe. Asked by Emma about having stated his feelings for Chloe – he said he only left her the note because he was egged on by Natalie and Rodrigo.

Emma questioned Jermaine further about the secret notes – while he maintained nothing happened.

Asked if he ever considered Chloe’s feelings, Jermaine responded that he never once said he was single and restated that it was all banter.

Reacting to Chloe’s comments – Jermaine stated that Chloe knew he had a partner. Asked if he could see how Chloe would have been confused, Jermaine conceded he could a little.

Moving on to speak about Ryan and Roxanne, Jermaine was then shown the clip of the incident. Reacting to the footage, Jermaine said: “Is that it? That’s poor…I was expecting something big…Now I feel like a mug. That’s really bad.”

With only 1 week remaining, who will be crowned the winner of Celebrity Big Brother? Stick with Big Blagger to find out!