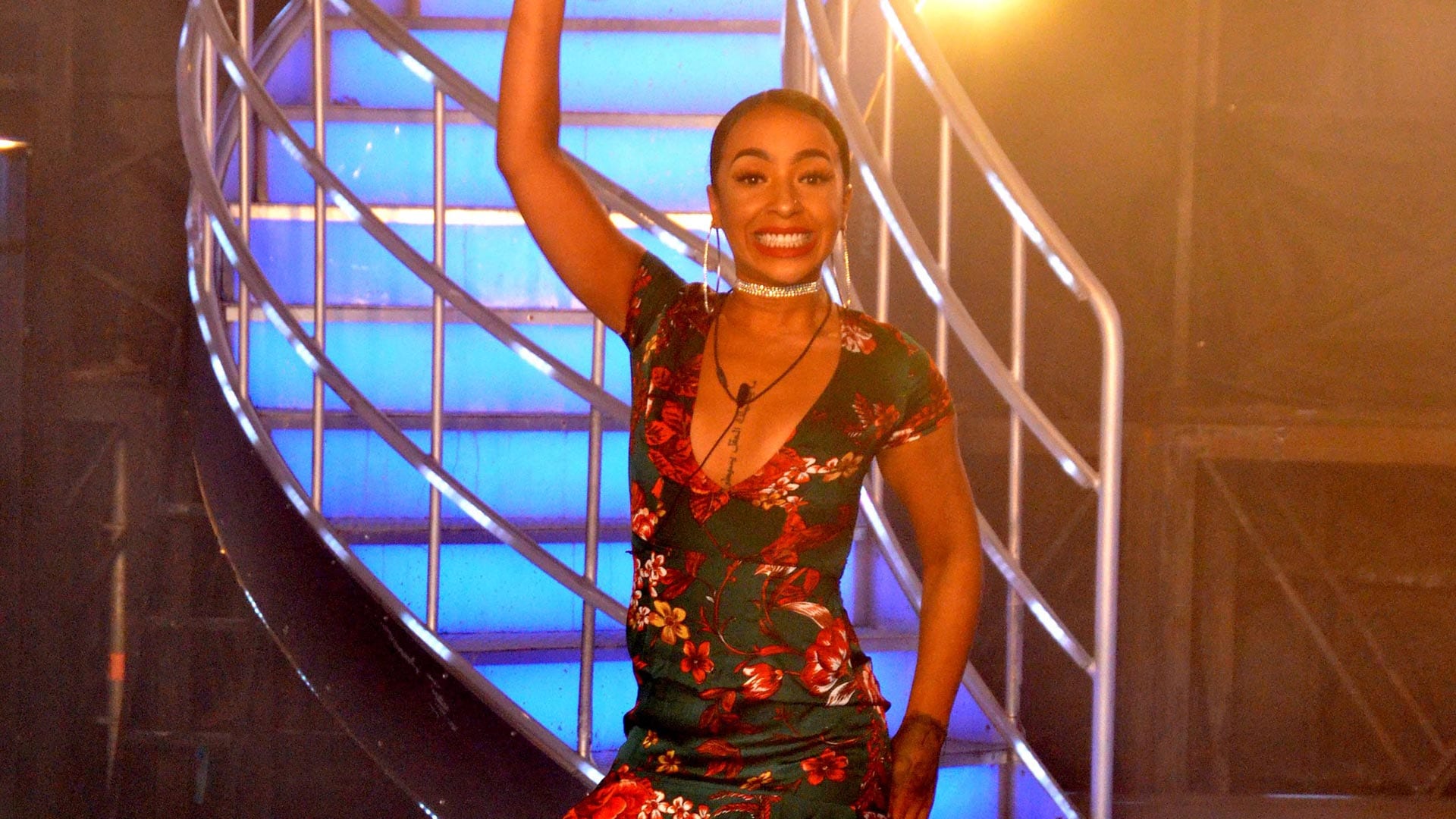 Kenaley Amos-Sissons has become the fourth housemate to be evicted from the Big Brother house.

Kenaley had been facing eviction alongside Akeem Griffiths, after Lewis saved himself from eviction during this weeks game changer task.

After saying goodbye to her fellow housemates, Kenaley left the House, and said to Emma: “I’m gutted, it just feels so surreal.”

Asked if she was surprised it was her who got evicted, Kenaley said to Emma: “No, because from the minute you know you’re up, you already imagine yourself walking up the stairs, you already imagine yourself meeting you [Emma]. You just think that it’s you straight away. And because Akeem’s such a nice guy, it was really hard to…because, you know, he hasn’t done anything malicious, he’s very caring.”

Asked who she wanted to give her 546 big coins to, Kenaley chose Hussain, “because he’s broke right now.”

Tomorrow, housemates will have the opportunity to bid for a special nominations power during the next Big Brother Auction. The winning bidder will get to choose one housemate who will definitely face eviction next Friday.

The next eviction is a DOUBLE eviction – BBUS/CAN style – with a week worth of Big Brother in one night! Following the fifth eviction, the house will nominate, take part in a game changer challenge AND a housemate will be evicted – ALL in the same show!